Permanent additional concussion substitutions are set to be introduced in the FA Cup third round.

Football’s lawmakers, the International Football Association Board (IFAB), announced on Monday that they are set to give trials the green light in December.

And the Football Association will support the proposal next month ‘with a view to implementing the trials at the earliest possible stages of the FA Cup and Women’s FA Cup’. 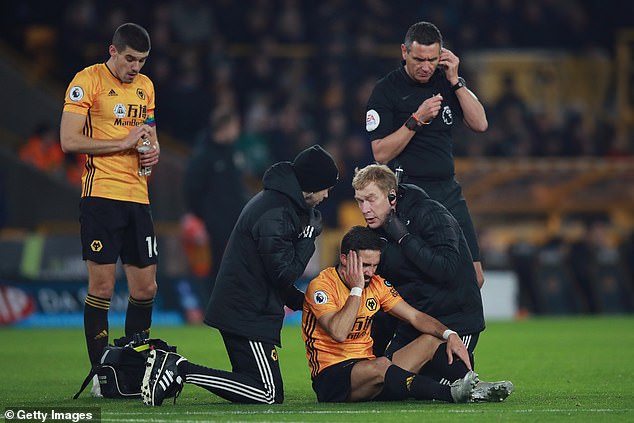 Sportsmail understands that the authority are targeting the third round of both competitions, set to take place on the weekend of January 9-10.

An FA spokesperson added: ‘Player welfare is paramount and we believe this is an important step to help support players, clubs and medical teams when identifying and managing head injuries and incidents of concussion during a game.’

Under the trials, clubs would be able to make a further substitution if medical staff suspected concussion. However, there is concern that — under a new ruling — snap decisions will still have to be made on the field. 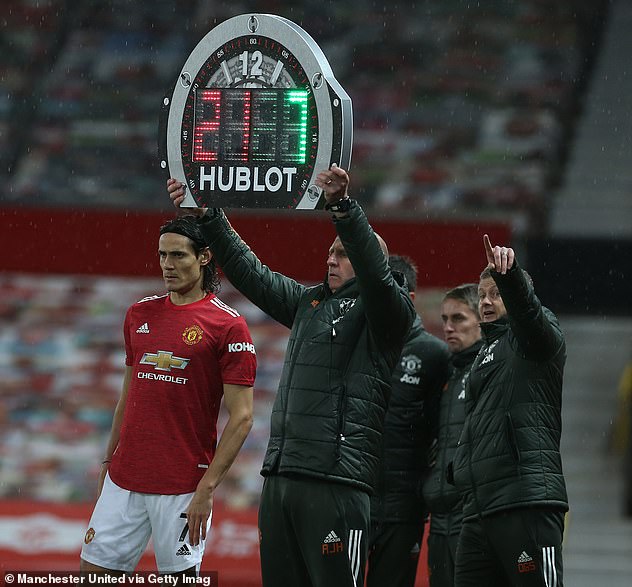 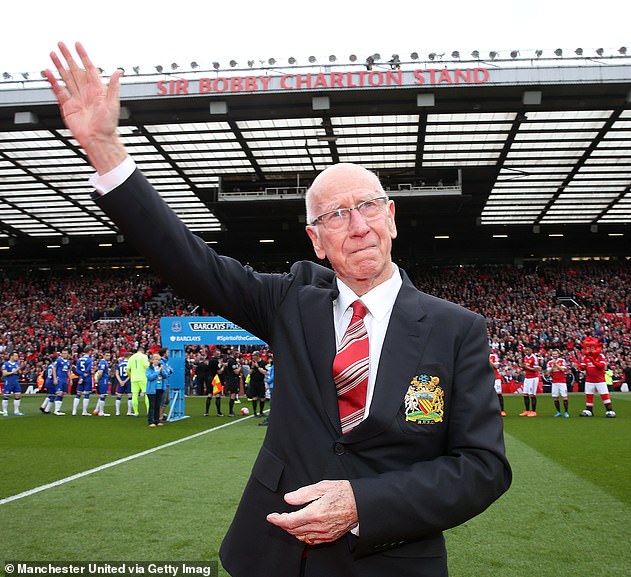 We urged IFAB to bring in temporary concussion substitutions, which would allow players to be assessed properly, before a decision was made. Dr Willie Stewart, whose ongoing FIELD study identified that footballers were three and a half times more likely to die of a neurodegenerative disease than the general population, was influential in the drafting of our campaign.

He criticised the IFAB, saying: ‘This changes nothing. There is no barrier that currently stops a player coming off with a suspected head injury and there hasn’t been since substitutes were introduced. Adding another substitute does not change that. 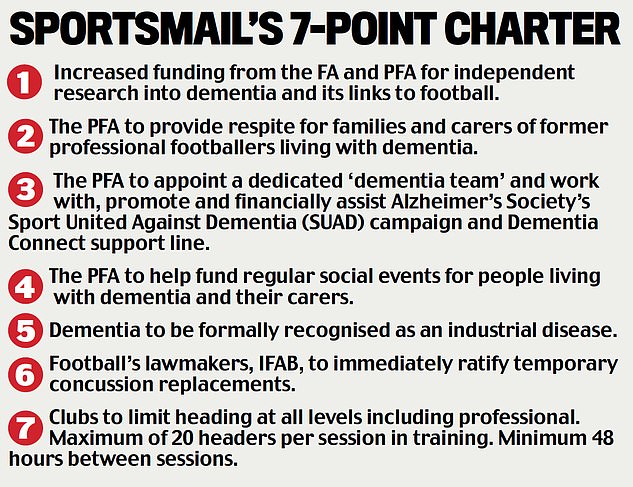 ‘The issue is allowing a doctor to assess a player properly and that is not going to be solved by allowing another substitution. This does not make a blind bit of difference.

‘That they are announcing trials, which may well see this kicked down the road, is incredible. Changes need to be made now.’

Wayne Rooney reveals he wanted to join Barcelona in 2010