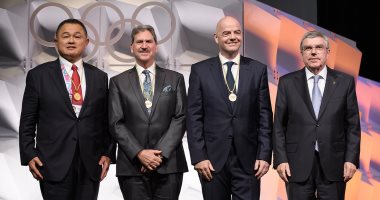 The court, whose establishment was approved at the last FIFA conference last May, consists of three chambers, and its activity will include setting new procedural rules for resolving disputes, with free procedures if at least one of the parties is a natural person.

FIFA said the court would “simplify existing procedures, as well as focus and agree on elements of governance” while establishing a “more efficient decision-making system”. He stressed that it would represent “a new milestone in the current reform of the football regulatory framework.”

The Tribunal will include a Dispute Resolution Chamber, which will hear labor complaints between players and clubs and those relating to player qualification compensation; room for regulations for players; And a third for agents.

The International Federation also stated today that the rules of work of the court stipulate that the procedures are free of charge if at least one of the parties is a natural person (a player, coach, players’ agent or matches organizing agent).

The parties will be invited to participate in a voluntary and free process, and if the mediation is satisfactory, the mediator and the head of the relevant chamber will ratify the agreement, which is a final and binding decision.

FIFA estimates that the Dispute Resolution Chamber will resolve about 3,500 cases annually, and that the Players Committee will make decisions on 700 complaints and consider about 6,000 regulatory requests.

Her grandmother spun it with her own hands.. A girl reveals the story of Aesap Rocky's quilt on the red carpet