Football must use concussion substitutes to allow players to be properly assessed, warns expert


Ryan Mason, who retired at 26 after fracturing his skull in a clash of heads with Gary Cahill, told talkSPORT: ‘I was quite upset to see something like that happen again, it’s very concerning.

‘It’s a real shame my incident didn’t change the perception — what is it really going to take for people to start realising this is something really, really serious?

‘I was shocked David Luiz was allowed to play on. I’m not criticising the Arsenal doctor because there’s a protocol in place and I’m sure he’s followed that.

‘But that protocol is not enough. I thought immediately, neither of those players can play on. Sometimes you have to forget the protocol and show common sense.’ 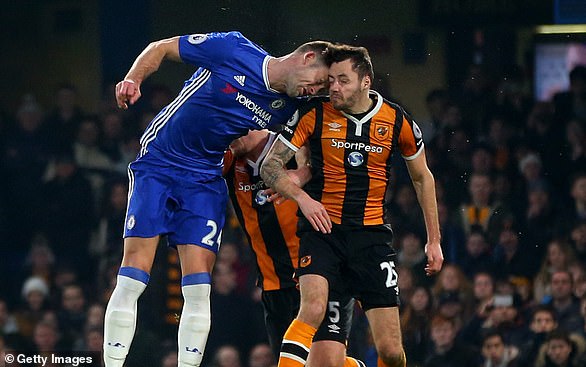 Ryan Mason, who retired after a skull fracture, shared concern over current protocols

Don Goodman, the former Wolves striker who suffered a fractured skull during a game against Huddersfield in April 1996, said: ‘I was on commentary duty for the match and when the clash of heads happened, it was a sickening thud.

‘I have been in an almost identical situation. I had the role of David Luiz, attacking a corner at the near post, and there was a collision with Huddersfield defender Steve Jenkins.

‘At first I had no feeling in my arm. Then I put my hand on my head to check for blood — and I found what felt like a big hole in my head.

‘Our physio was as white as a sheet and that is when I knew it was serious. Then in the corridor of the hospital, I had an attack of twitching in my fingers, arms and cheeks.

‘I thought I was dying. I was very lucky. I suffered a depressed skull fracture, which the surgeon says was like the effect of pushing your thumb into a ping-pong ball. 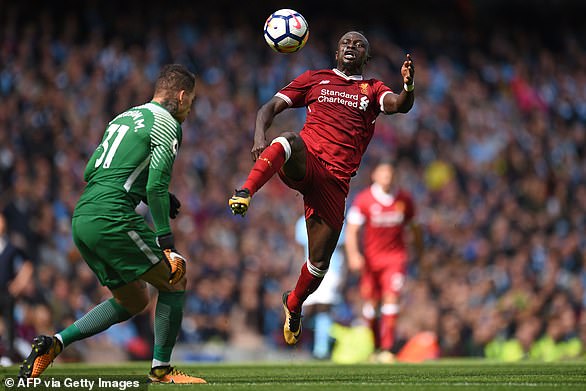 ‘After the surgery, I came back in six months. I got the injury at 30 and managed to play on until I was 37.’

Ederson, the Manchester City goalkeeper who received treatment after colliding with the boot of Sadio Mane in 2017, said: ‘I was worried watching Raul. It was an accidental clash.

‘It is a part of the body that is very fragile and needs special attention. When there is a blow to the head there should be a substitution.

‘You might be feeling OK at the time but after the game you feel the consequences.’

Breaking up at Christmas: Australian singles reveal whether they'd rather be dumped before or after

Cyber Monday 2020: Get a year of free PS4 and PS5 games with this Playstation Plus deal

Locked out of their stadium for a year due to the pandemic, Manchester City fans couldn't...