Former Arsenal and Chelsea star Cesc Fabregas reveals his new Premier League Fantasy Football team with as many players from old rivals Spurs as the Gunners… and only Kurt Zouma makes it from Frank Lampard’s squad!

He may have left the Premier League 22 months ago but it’s clear that Cesc Fabregas still has a vested interest in it.

In January 2019, the 33-year-old moved across the English Channel to swap Chelsea for French outfit Monaco.

Since then Fabregas has actively tweeted about the Premier League – doing most recently so on Monday during the Leeds United 4-1 home defeat by Leicester City. 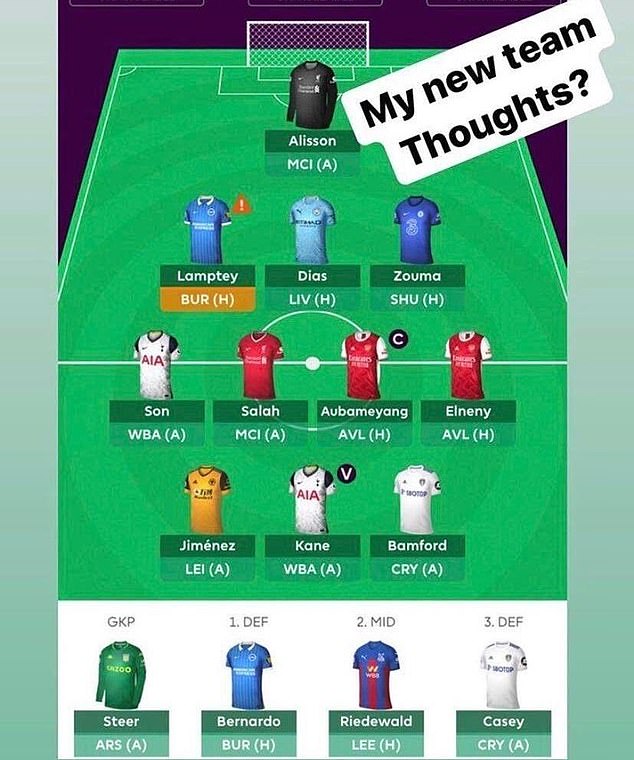 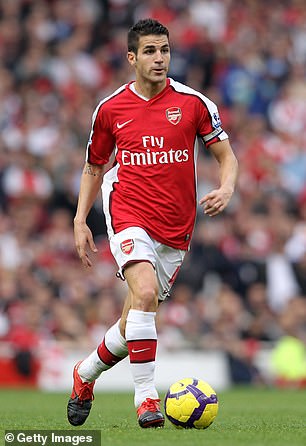 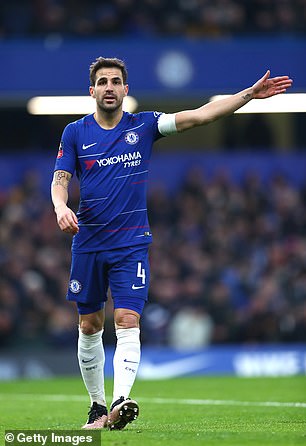 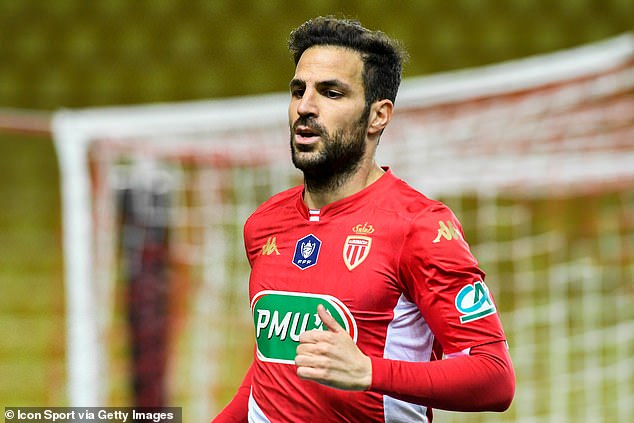 It’s not just watching the Premier League that fascinates the midfielder though – as he is an avid Fantasy Football fanatic too.

On Tuesday, Fabregas took to Instagram to share his fantasy team, which appears to have undergone a wildcard transformation judging by his caption: ‘My new team, thoughts?’.

And despite having played at Chelsea for four-and-a-half seasons – where he won two Premier Leagues, a FA Cup and a League Cup – he only has one current Blues player in his team in the shape of centre back Kurt Zouma.

Fabregas’ first foray in the Premier League was with Arsenal – where he won the 2005 FA Cup – and they are better represented by the inclusion of Mohamed Elneny and Pierre-Emerick Aubameyang – with the latter scoring the winner at rivals Manchester United on Sunday.

Despite having played for Chelsea and Arsenal, Fabregas has put their shared club rivalries to the side by including two Tottenham players within his starting XI in the shape of Son Heung-min and Harry Kane. 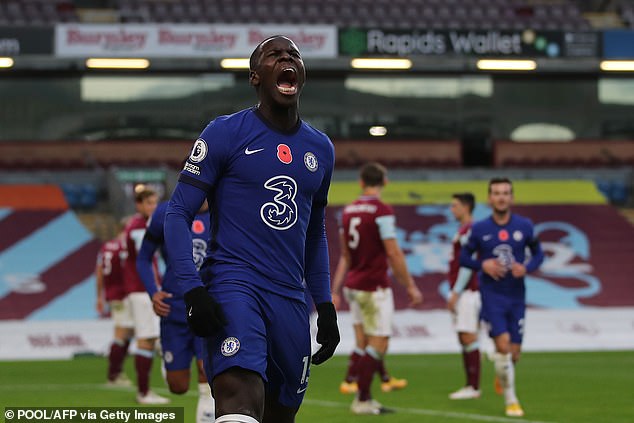 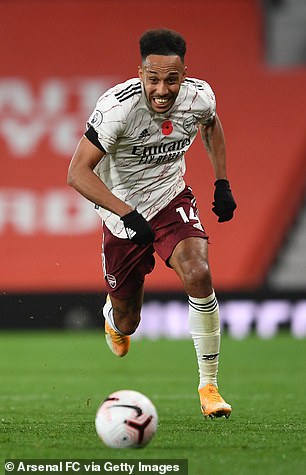 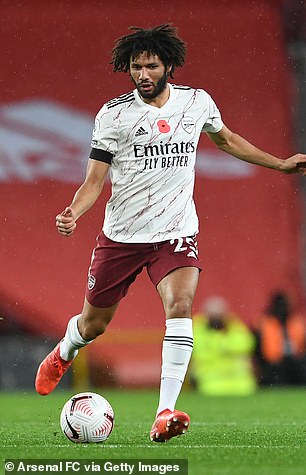 Those aforementioned five players fit into a 3-4-3 system that sees Liverpool’s Alisson Becker in goal to begin with, with a back three in front of him comprised of Brighton’s Tariq Lamptey, Manchester City’s Ruben Dias and Zouma.

Son, Aubameyang and Elneny are joined in midfield by Liverpool’s prolific Mohamed Salah. And spearheading the attacking is Raul Jimenez (Wolves), Patrick Bamford (Leeds) and Kane.

Aubameyang captains the side with Kane vice-captain.

Fabregas will hope his new team can do the business when the Premier League matchday commences on Friday night when Brighton host Burnley. 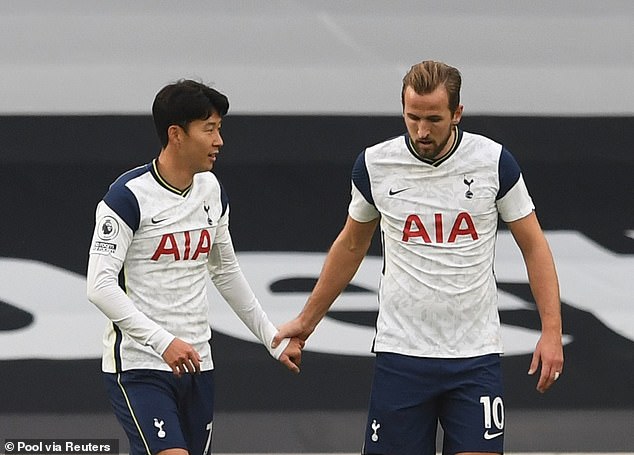