Former Liverpool goalkeeper Simon Mignolet is among four big names at Club Brugge to have tested positive for coronavirus at the weekend.

The Belgian side are due to travel to Russia to face Zenit Saint Petersburg in the Champions League on Tuesday night.

Mignolet, Odilon Kossounou and Michael Krmencik are the three players affected after returning from international duty, while club CEO Vincent Mannaert has also contracted the virus. 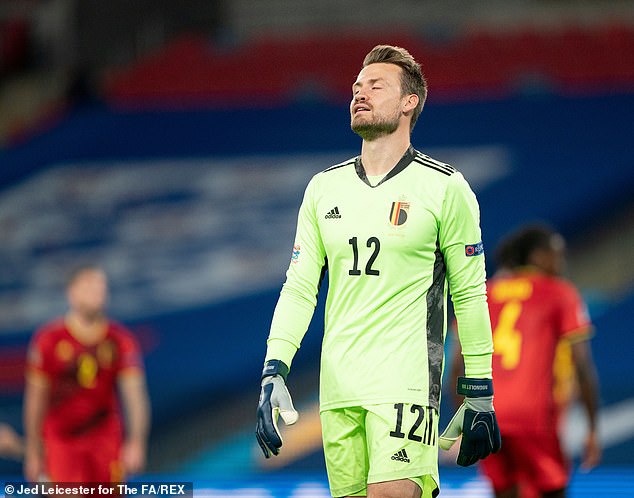 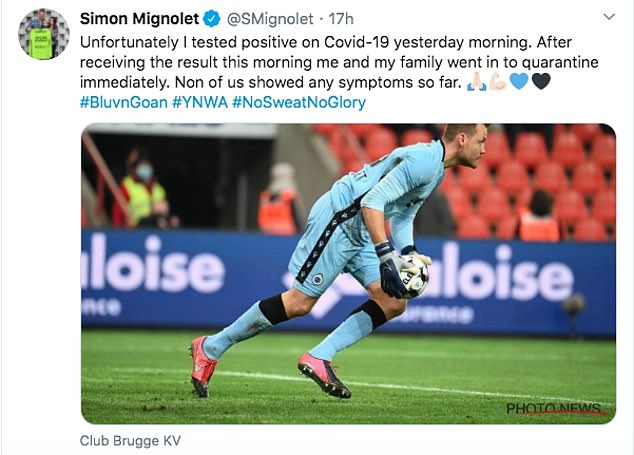 Mignolet was away with Belgium, and travelled to London to face England at Wembley last Sunday. He then tested positive six days later, after first returning a negative test on Thursday.

Kossounou, meanwhile, was away with the Ivory Coast national team, and Krmencik is a Czech Republic international.

All four men are now in self-isolation and the club confirmed that they are asymptomatic.

A Club Brugge statement read: ‘On Saturday morning, the entire Bruges delegation was tested for Covid-19 in anticipation of the European match in and against Saint Petersburg.

‘Last Thursday, the entire squad was tested via the Jupiler Pro League protocol, when everyone else tested negative. 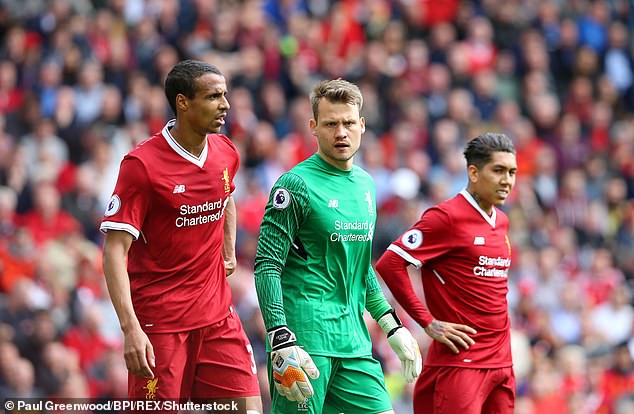 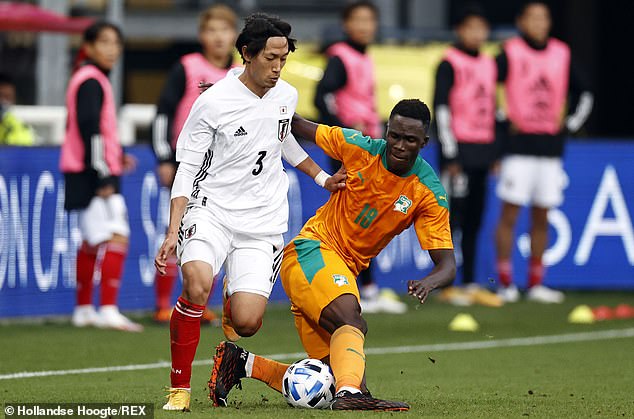 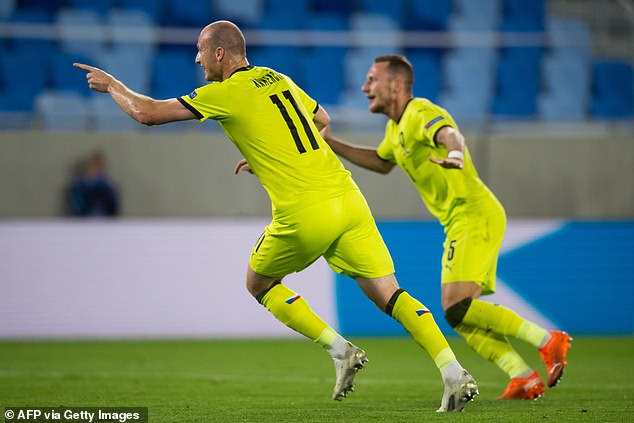 ‘The foursome will be quarantined with immediate effect and will therefore not travel to Russia. None of them show symptoms.’

Mignolet, who played for Liverpool for six years until 2019, also took to social media to update his followers.

In a Twitter post on Sunday night, he said: ‘Unfortunately I tested positive on Covid-19 yesterday morning. After receiving the result this morning me and my family went in to quarantine immediately. Non of us showed any symptoms so far.’

It is as yet unclear whether the three positive player tests will force Club Brugge to ask for the match to be postponed until a later date.

Covid: What the tier rules say about the split between science and politics