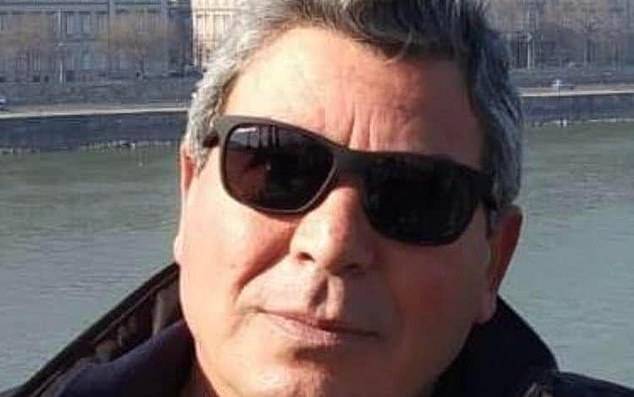 By Sophie Tandon For Mailonline

A former Syrian intelligence official who was refused asylum in France was reportedly able to escape to Austria with the help of Mossad.

Brigadier General Khaled al-Halabi,served as chief of Syrian intelligence in Raqqa from 2009 until 2013,

An investigation by the Daily Telegraph claimed that he was helped to leave the country and start a new life.

Brigadier General Khaled al-Halabi,served as chief of Syrian intelligence in Raqqa from 2009 until 2013

The investigation also found that a lawsuit has been filed against Mr Halabi in a western country for alleged war crimes and crimes against humanity.

According to the complaint, during his time in charge prisoners in a Raqqa facility were murdered, tortured and sexually assaulted.

Mr Halabi has denied any wrongdoing.

France’s spy agency, DGSE, helped the former general leave Syria for France in 2014, however he was refused asylum in the country in 2015 over concerns he may have been involved in criminal acts.

Mysteriously, he was then taken from France to Austria by Israeli intelligence agents where he was granted asylum, a judicial source told the Daily Telegraph.

‘As he was really peeved not to get asylum in France, he appears to have made contact with Mossad, who got in contact with Austria’s BVT [the country’s domestic intelligence agency],’ the source said.

His asylum application was granted in December 2015, and Austrian authorities provided him with a four-bedroom apartment in Vienna, the report claims.

The case has caused scandal in Austria since it emerged in the country’s press this month, with several MP’s describing Mr Halabi as a ‘war criminal’.