A fourth-grader from New Mexico has been pictured lying outside of his elementary school using the internet connection so he can take part in remote classes.

Nine-year-old Jonathan Endecott from Roswell had to sit outside the elementary school’s building, closed because of the coronavirus pandemic, because he doesn’t have internet access at home.

Schools in his district are currently conducting lessons online and so this is the only way Jonathan was able to participate in classes. 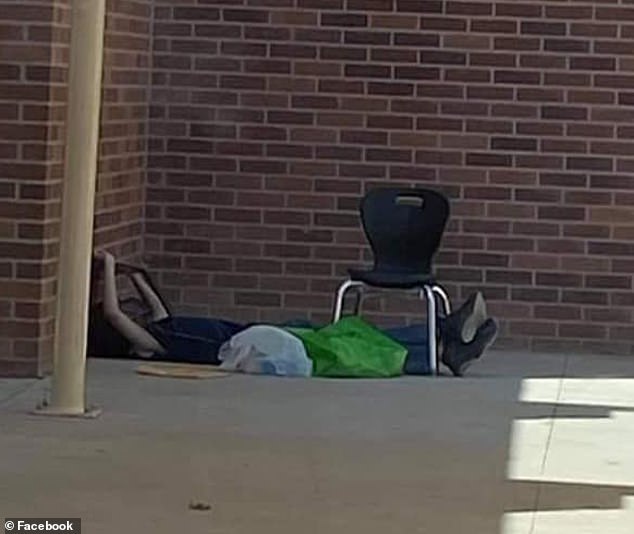 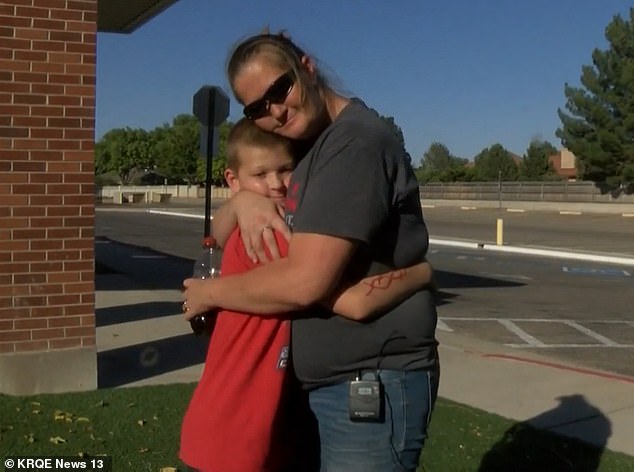 Jonathan, pictured with mother, Angel, having received the good news they now have internet

Angel Endecott says her son is very independent and was already walking to his school last year.

When the pandemic stuck and schools were closed, the family were unable to participate in remote learning because they they couldn’t afford internet.

Instead, Angel, who lost both of her jobs because of the pandemic, said that Jonathan, who turns 10 next month, could walk to school to use the internet there.

‘He was like, “Yeah, I need to be back on the school property, and I could be like a normal kid again,”‘ she said to CNN. ‘Him just being outside of the building gives him that, “Hey, I’m at school” feeling even though he’s not around other classmates or teachers.’

The family don’t live too far away from the elementary school so Jonathan’s parents felt comfortable with him spending the day there, sitting outside the front door. 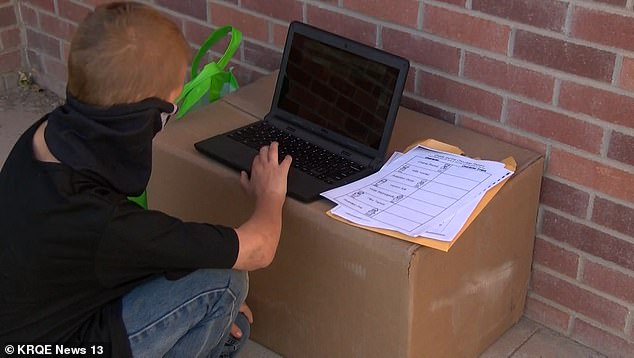 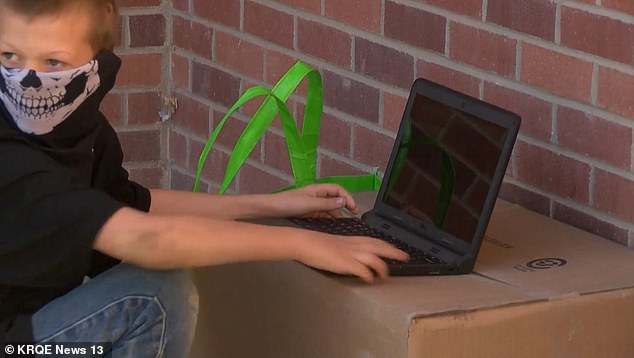 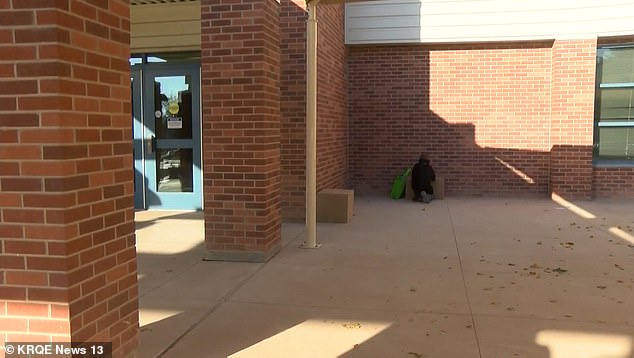 After posting a picture online, the community has been rallying to help him

‘The principal, the secretary and a few teachers, they do come outside to check up on him and see if he needs anything,’ she said.

But seeing the youngster outside the building, day after day, had an effect on one teacher. She ended up sharing a picture of him online.

‘This young boy has no internet at his home. He has been getting up and walking to school every day to connect to the school WiFi from outside the school. He sits there every day from 8:00-2:45,’ Sabrina Talbott Harbour wrote.

‘I had a cabinet with deodorant, soap, a couple changes of clothes etc for kids who didn’t have access to such things and would give them time to go to the restroom to get cleaned up and presentable.’

‘This isn’t ok. The kids will be better off in school. The kids are suffering socially, academically, mentally and physically,’ Harbour added. 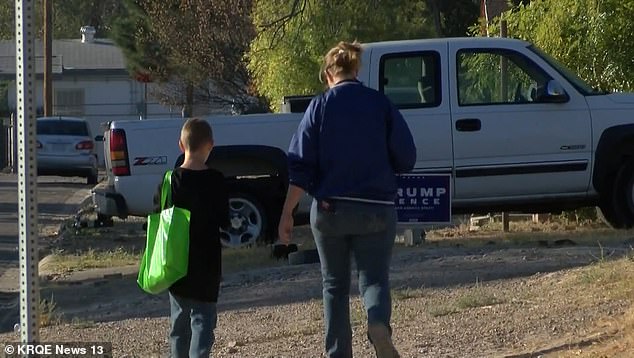 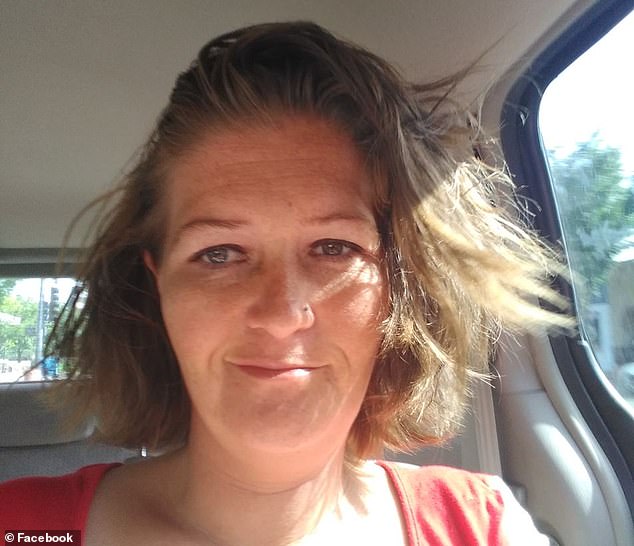 Mom, Angel, has thanked the community for helping and has set up a GoFundMe page in the hope they might be able to raise further funds for their struggling family

The image has since sparked a fundraising campaign to help the family with their finances.

One person has already offered to pay for the family’s internet for an entire year and now Jonathan’s mother has set up a GoFundMe account to help them with other expenses.

‘We have always lived paycheck to paycheck. With God’s help we have always managed to get just enough to live with what we had to pay for. When covid hit. At first it didn’t effect my employment. About 2 months ago that changed. I lost my weekly paying job,’ Angel wrote.

She explains how there has been a whole host of expenses the family has recently needed to shell out for, including plumbing and flooring in the home.

‘I can’t express enough my thanks for the help the community has already given us with our internet,’ she said. ‘We will also Glady [sic] take donations like materials for the bathroom or anything anyone would like to help with.’

Since having internet installed at home, Jonathan, whose favorite subject is science, says he is enjoying being able to chat with his friends and classmates online. 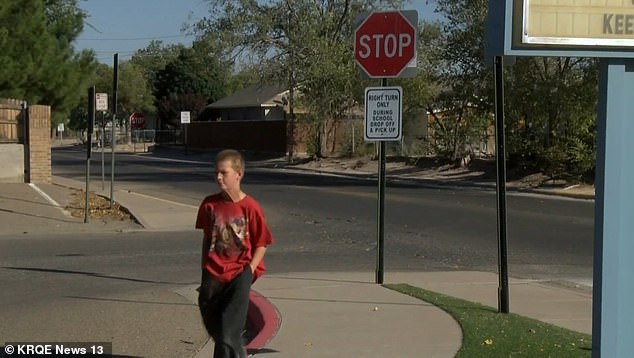