Frank Leboeuf is ‘not convinced’ by new Chelsea signing Kai Havertz and claims his former side will struggle to finish in the top four with their current form.

Chelsea’s ropey start to the 2020-2021 campaign continued on Saturday with a disappointing 3-3 draw against Southampton at Stamford Bridge.

Timo Werner found the net twice in 28 minutes to see Chelsea go 2-0 up, but it was Havertz who was caught in possession and robbed of the ball, allowing Danny Ings claw one back for Southampton at a crucial moment just before half-time. 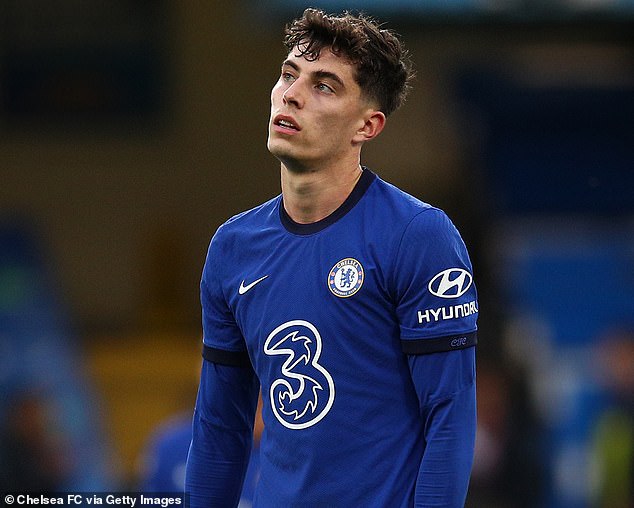 Che Adams went on to capitalise on a lack of communication between Kurt Zouma and Kepa Arrizabalaga to make it 2-2.

Havertz did, however, tap in his first league goal to make it 3-2 before Jannik Vestergaard equalised, but according to Leboeuf it was not enough to convince him of his capabilities.

The former Chelsea defender said to ESPN: ‘I’m not convinced about Havertz, I’m not that optimistic.’

But Leboeuf did share his enthusiasm over Werner, saying: ‘I’m very pleased with Werner, he’s a real satisfaction.’ 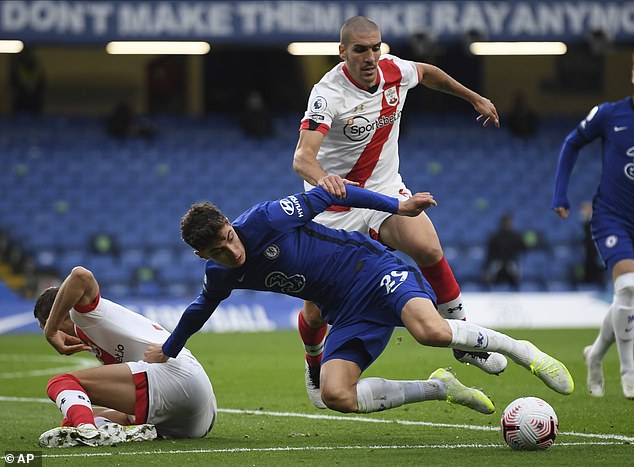 Leboeuf was unimpressed with the 21-year-old, who was caught in possession on Saturday 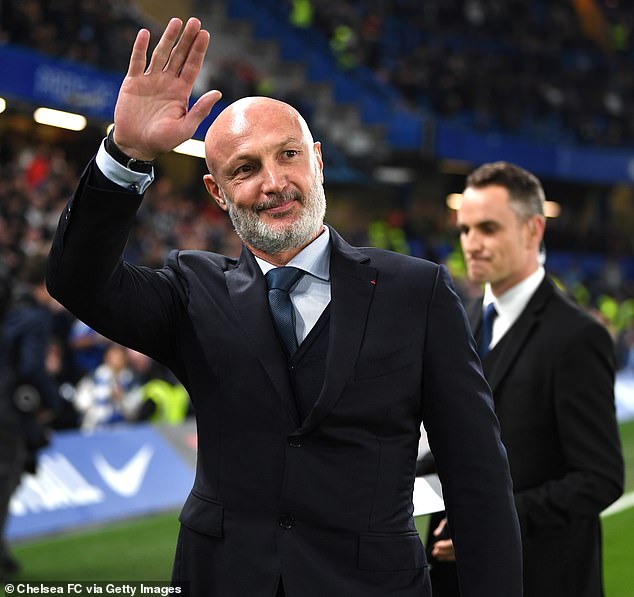 Subsequently, Leboeuf (above) is worried that Chelsea will be unable to finish in the top four

Frank Lampard’s side conceded three goals for the second time this season and Leboeuf believes Thiago Silva could have been the answer to their problems.

He said: ‘Thiago Silva should have been back because it’s crucial for Chelsea to have a real leader at the back and that’s the main problem.

‘They all have to work hard physically to make sure they can play together and be stronger together.’

Chelsea have won just two of their opening five league games and as a result Leboeuf is concerned they miss out on a Champions League place if they can’t turn around their poor form.

He said: I’m not convinced at all about Chelsea right now.

‘It’s like they don’t know each other, they’re not fit enough, I’m very worried.

‘I’m going to give them the benefit of the doubt because I don’t know what they’re worth, but, really, if they keep on performing like that, for sure they’re not going to finish in the top four.’ 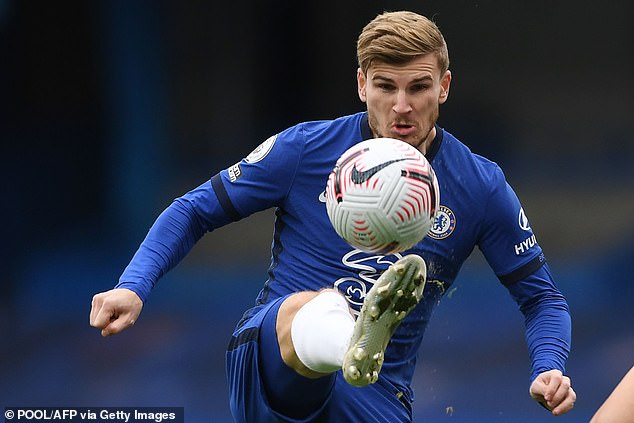 Leboeuf was, however, impressed with Timo Werner who scored Chelsea’s first two goals

The future of concerts? The Flaming Lips and fans rock out inside plastic bubbles during show

No. 5 Ohio State starts slow before cruising past Nebraska in Big Ten opener

Skull sculptures laid in Mexico for Day of the Dead

The Papers: 'Medics angry over meals' and 'elderly paid price'

No. 5 Ohio State starts slow before cruising past Nebraska in Big Ten opener