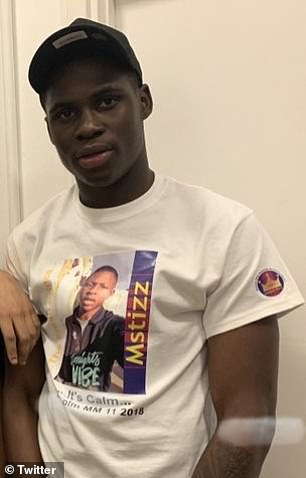 Folajimi Olubunmi-Adewole, 20 (pictured) has been hailed a hero after it was learned he was one of two people who dived into the water just after midnight on April 24 to save the woman, but sadly drowned in the process

Friends have paid tribute to a ‘kind and loving’ Good Samaritan who died after jumping into the River Thames to rescue a woman who fell from London Bridge.

Folajimi Olubunmi-Adewole, 20, has been hailed a hero after it was learned he was one of two people who dived into the water just after midnight on April 24 to save the woman, but sadly drowned in the process.

Emergency services were able to pull the woman and the other man who jumped in from the river alive, but were unable to find Mr Olubunmi-Adewole.

The body of man, known as Jimi by his friends who identified him on social media as being the person who died in the incident, was found six hours later after an extensive search and rescue effort on The Thames.

Police marine units and the coastguard recovered Jimi’s body from the water at around 6am on Saturday.

It emerged later that the Nigerian-born Briton was a former pupil at the Harris Academy in Peckham, South East London, according to My London.

He was also connected to the charity Malcolm’s World Foundation, which was set up by the parents of Malcolm Mide-Madaiola, a pupil from the same school who was murdered at the age of 17 in 2018.

At around 3 p.m. on Saturday, the charity appeared to confirm that Jimi was the man who died in the incident, tweeting a message along with a picture.

Officials are yet to confirm how or why the woman fell into the River Thames.

Pictured: A police boat on the River Thames with London Bridge in the background during the search for the man who jumped into the river to save a woman

Tributes poured in on social media from friends and strangers alike after Jimi’s identity was revealed.

‘Very sad to hear he died while bravely trying to save another person. He was a hero and should be remembered for his act of bravery. Sorry for his familys loss,’ one person wrote on the social media site.

‘So very sad, What an Amazing young man .. RIP Folajimi Olubunmi-Adewole,’ another tweeted.

A third person wrote: ‘This is incredibly sad. What a brave and selfless man Folajimi Olubunmi-Adewole was to sacrificed his life to save a woman. May he sleep peacefully. My thoughts and prayers are with his heartbroken family.’

It comes as the search for another person who fell in the Thames this week — a 13-year-old schoolboy — continues.

A man who jumped into the River thames to rescue a woman who fell from London Bridge has died. Pictured: London Bridge 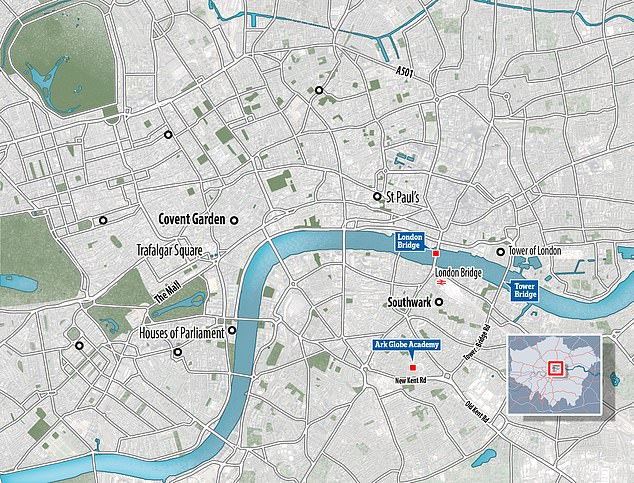 A City of London Police spokesperson said: ‘We were called at 12.12am on Saturday April 24 to reports of a woman in the River Thames close to London Bridge.

‘Two men, who had witnessed the woman fall from the bridge, entered the river to try and save her.

‘The Coastguard and Metropolitan Police Marine Units were able to rescue the woman and one of the men.

‘At 6am the same morning, a body was found believed to be that of the missing man.

‘His next of kin have been made aware and are being supported by officers from the City of London Police.’

Witnesses say there was at least one police boat on the Thames and around six police cars and an ambulance were sent to the scene.

The tide was high and the water was rough and choppy at the time.

River police, firefighters, the RNLI (pictured) and a police helicopter were also involved in the search for the youngster

It was the second incident of someone falling into the Thames this week, after a hero woman jumped into the River Thames to try and save a 13-year-old boy.

She heard screams when he fell from Tower Bridge on his way to school on Tuesday, according to witnesses.

The pupil was wearing his full uniform when he got off a bus as he made his way to The Ark Globe Academy in Southwark, London, at around 8am.

He and a friend had boarded the bus together but the youngster got off near Tower Bridge — ahead of his usual stop in Elephant and Castle — before falling into the river, the school’s principal said in a letter to parents. 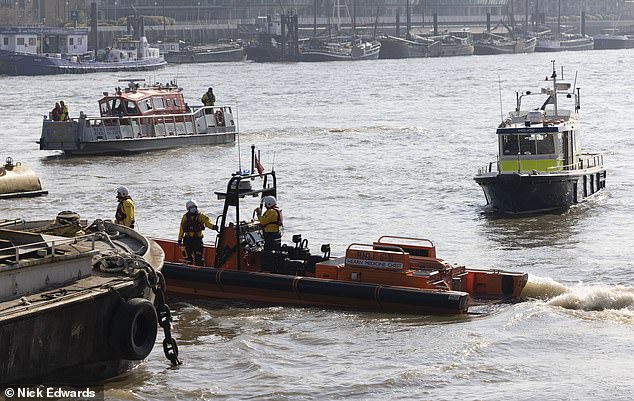 Emergency services (pictured on the River Thames) including the river police, firefighters, the RNLI and a police helicopter were all involved in the search

Witnesses described hearing screams before one woman jumped into the water to try and save the boy.

Despite using a life-float to swim into the Thames, she was only able to recover his school jacket and school bag.

City of London Police confirmed officers have launched an ‘intensive search’ for the boy involving helicopter and marine searches but he has not yet been found.

The boy is thought to have celebrated his 13th birthday only last week. 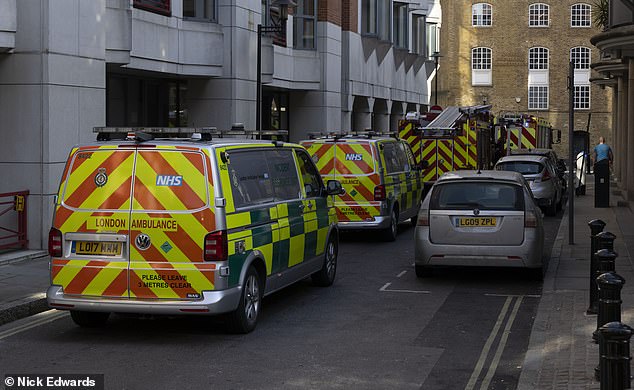 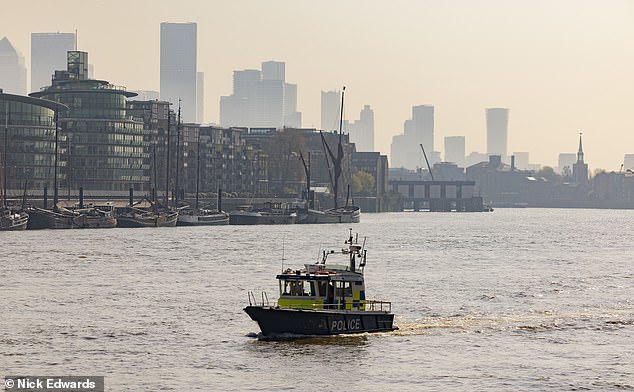 The 13-year-old boy went missing after falling into the River Thames from Tower Bridge (police at the scene) as he was on his way to school, his headteacher said 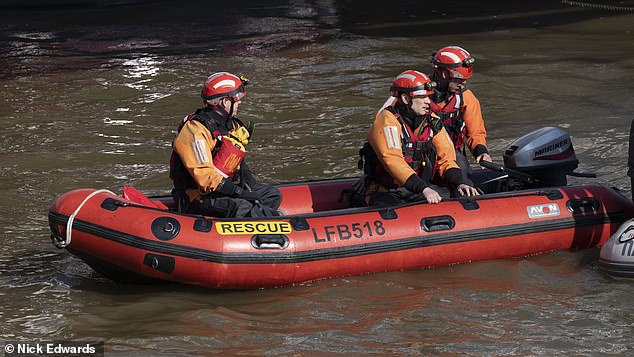 ‘We believe this is linked to an incident where a child fell into the Thames from Tower Bridge.

‘Despite an intensive search by City of London Police, the police helicopter and marine units, this person has not yet been found.

American companies between support and embarrassment

Anzac Day: Richard Wilkins breaks down in tears as he pays tribute to father and grandfather

NATO is based on the Washington Treaty signed in 1949. Article 5 of the Treaty says that any attack against one of the NATO member countries will be...

American companies between support and embarrassment

Journalists and activists denounced the escalation of the Indian government's measures in cooperation with Twitter to clamp down on prominent figures who defend Muslim causes and support protest...

The Supreme Court ruling on abortion already has consequences

The United States is experiencing moments of deep division. The Supreme Court ruling on Friday to repeal federal abortion protection triggered that more than half of the 50...

Anzac Day: Richard Wilkins breaks down in tears as he pays tribute to father and grandfather