From Hang Time to Prime Time: Business, Entertainment, and the Birth of the Modern-Day NBA 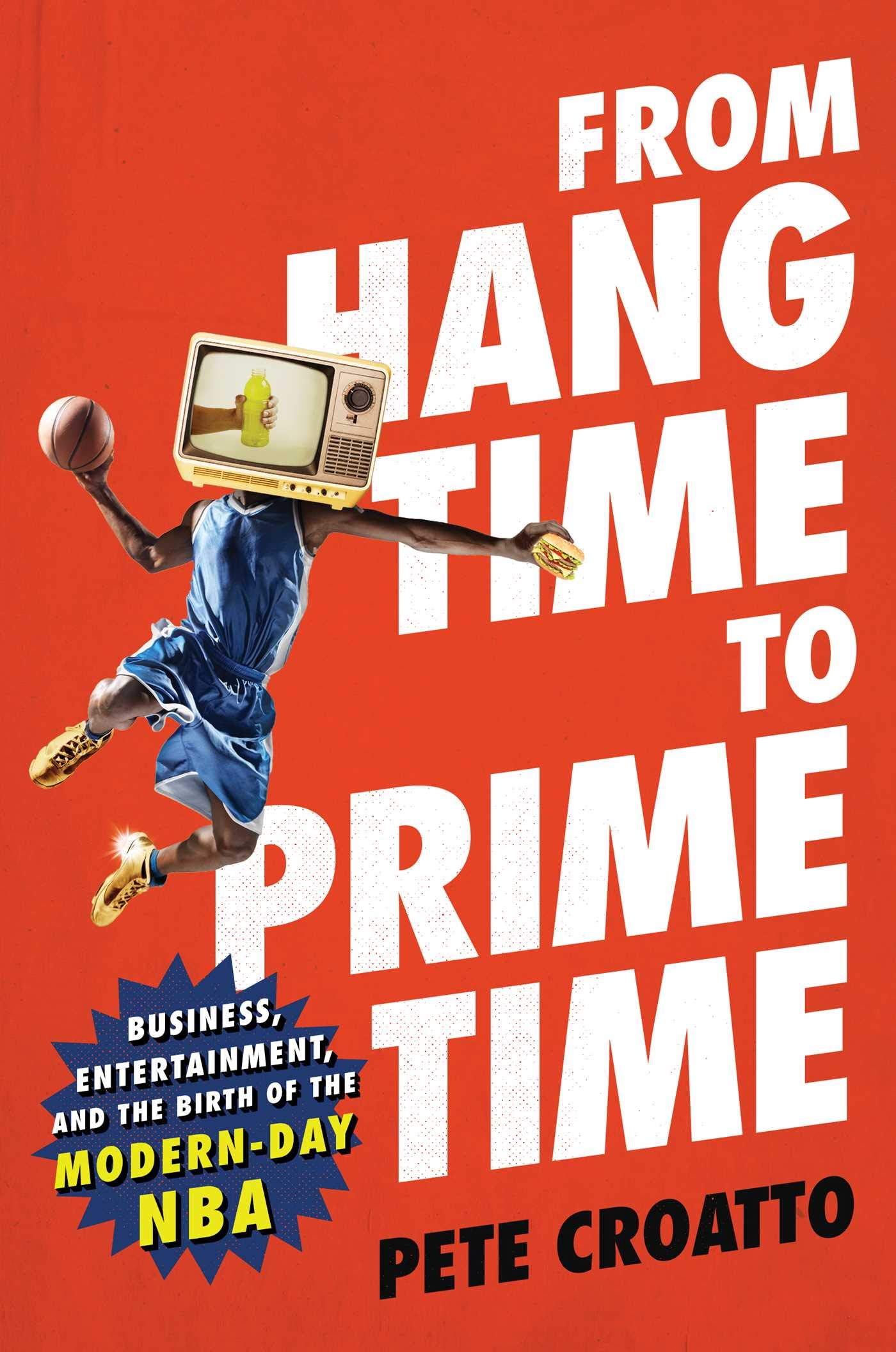 Perfect for fans of Moneyball and The Book of Basketball, this vivid, thoroughly entertaining, and well-researched book explores the NBA’s surge in popularity in the 1970s and 1980s and its transformation into a global cultural institution.

Far beyond simply being a sports league, the NBA has become an entertainment and pop culture juggernaut. From all kinds of team logo merchandise to officially branded video games and players crossing over into reality television, film, fashion lines, and more, there is an inseparable line between sports and entertainment. But only four decades ago, this would have been unthinkable.

Featuring writing that leaps off the page with energy and wit, journalist and basketball fan Pete Croatto takes us behind the scenes to the meetings that lead to the monumental American Basketball Association–National Basketball Association merger in 1976, revolutionizing the NBA’s image. He pays homage to legendary talents including Julius “Dr. J” Erving, Magic Johnson, and Michael Jordan and reveals how two polar-opposite rookies, Larry Bird and Magic Johnson, led game attendance to skyrocket and racial lines to dissolve. Croatto also dives into CBS’s personality-driven coverage of key players, as well as other cable television efforts, which launched NBA players into unprecedented celebrity status.

Essential reading whether you’re a casual or longtime fan, From Hang Time to Prime Time is an enthralling and entertaining celebration of basketball history.