Fury as LTNs blamed for delays to more than 3,000 fire engines out on emergency calls in London


Fury as low-traffic neighbourhoods are blamed for delays to more than 3,000 fire engines out on emergency calls in London

There has been fury after low-traffic neighbourhoods (LTNs) were blamed for delays to more than 3,000 fire engines out on emergency calls in London.

It is a 42 per cent increase on that stats for 2020, when traffic calming measures such as LTNs, speed bumps and 20mph zones caused 2,145 delays to firefighters.

LTNs are supposed to decrease traffic in certain zones but critics say they just increase traffic elsewhere and get in the way of emergency services. 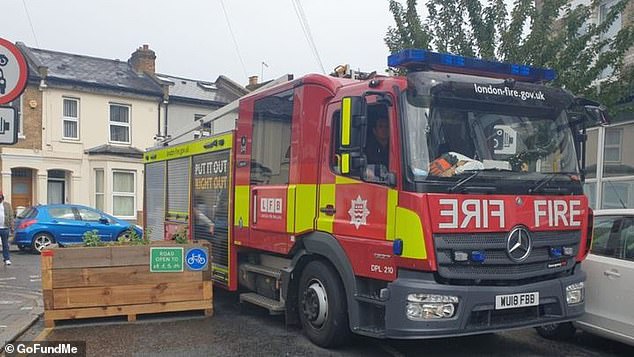 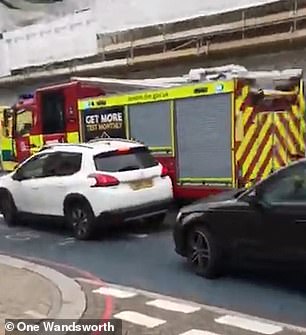 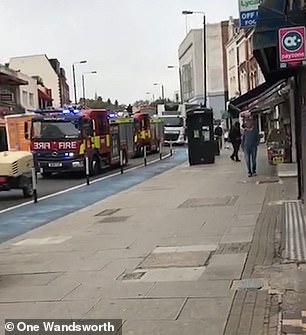 A fire engine struggling to work through traffic Upper Tooting Road, covered by Wandsworth Council, which runs through a new LTN area while heading to an emergency

Transport Secretary Grant Shapps gave councils hundreds of millions of pounds in May 2020 to create LTNs as he tried to make more people use eco-friendly ways of travelling during the pandemic.

The move was met with fierce opposition and since then many councils have U-turned on the controversial scheme.

Fire engines in Hackney had the highest number of traffic calming measures delays with 168 in 2021, analysis by The Telegraph showed, while delays in Lambeth close to doubled from 83 in 2020 to 160 in 2021. 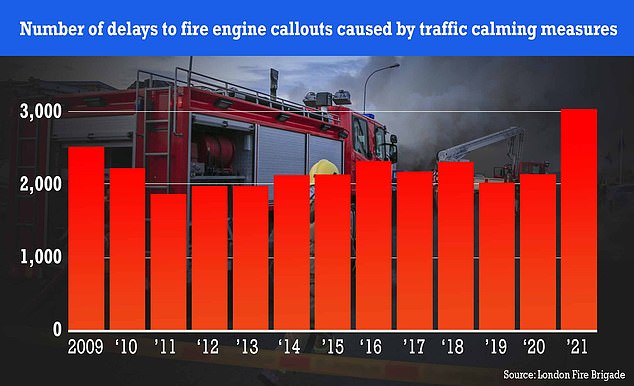 South London’s Bexley, Merton and Sutton had the fewest delays caused by traffic calming measures, with just 27, 35 and 43 in the whole of 2021.

Brixton resident Katie Taylor told MailOnline: ‘I live on Shakespeare Road and have been on the wrong end of a LTN implemented by the Lambeth council.

‘We received less that one week’s notice of the changes.

‘The scheme continues to be extremely polarising and is causing huge levels of upset to many residents who are concerned about a wide ranging number of issues.’ 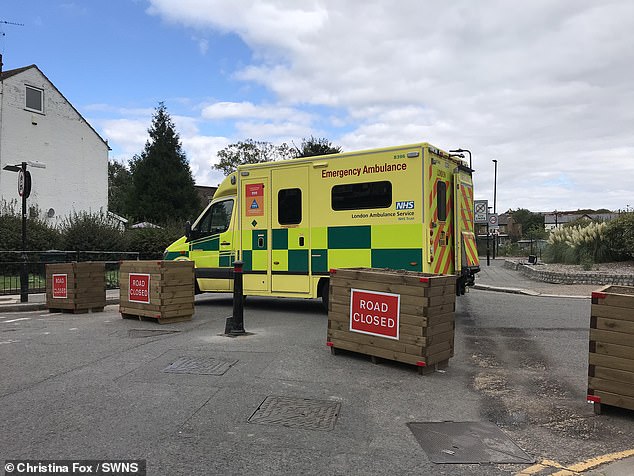 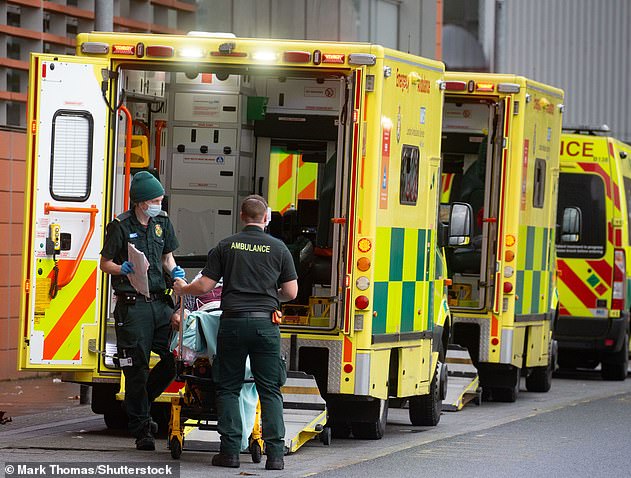 There were more than 150 separate instances of Low Traffic Neighbourhoods (LTNs) slowing down ambulance crews in London in an eight-month period, it emerged last year year. (Pictured: A steady stream of patients were brought to Royal London Hospital in 2020)

She added: ‘There are huge fractures emerging and a growing sense of hostility between different groups.’

Meanwhile, Morgan Douglas, who lives in Bowes Park, Enfield, said: ‘The scheme’s masters openly admit that traffic on the main roads surrounding the are will increase.

What is the government’s active travel scheme and why are motorists upset?

The Government spent £225million on active travel measures across the country, most notably in London, Oxford, Manchester and York.

The Department for Transport said the money will enable local authorities to produce ‘new cycling and walking facilities’.

However, councils must satisfy officials ‘they have swift and meaningful plans to reallocate road space to cyclists and pedestrians (both groups rather than one or the other), including on strategic corridors.

‘Many smaller roads are now taking the brunt off this ill-thought-out plan with stationary traffic.’

He said in September 2020 ‘an ambulance was parked up at one of these barriers and the police chased someone up to the barrier for them to whizz through and leave the police banging their wheel in frustration.’

‘We have continued to meet this target successfully throughout the Covid-19 pandemic and we will continue to monitor our performance.

‘The Brigade supports proposals to promote active travel and we work closely with our local authority partners and are consulted when there are any road closure proposals.

‘If we have any concerns that any changes may impact our response times, we will raise these and work with the local authority to find the best solution.

‘While the data provided will include some data in respect of the impact of low-traffic neighbourhood schemes, it also includes all types of other traffic calming measures like speed bumps, so it is not accurate to suggest that all delays are due to the LTN schemes.’

A Department for Transport spokesman said: ‘Well-designed traffic calming schemes need not cause congestion and can help the emergency services by reducing the amount of traffic on certain streets.

‘The detailed design of these schemes is a matter for local authorities.’

Mötley Crüe’s Nikki Sixx opens up on sobriety, why he left California for Wyoming: ‘It’s home’

Mötley Crüe's Nikki Sixx opens up on sobriety, why he left California for Wyoming: ‘It’s home’