Fury over Swiss schools shaming girls who wear ‘indecent’ clothes, with some pupils forced to wear ‘T-shirt of Shame’

A Swiss middle school has sparked fury for shaming girls who wear ‘indecent’ clothes, forcing some to wear a ‘T-shirt of shame’.

Crowds of mostly women and girls, some wearing shorts, miniskirts and crop-tops, gathered in front of the school on the outskirts of Geneva demanding an end to the ‘sexism’ of its dress code. 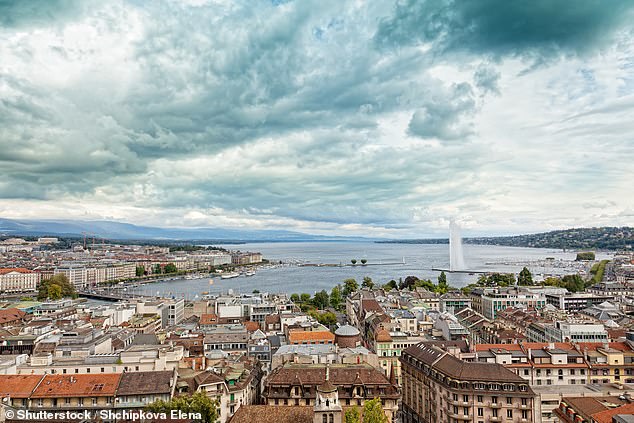 Pupils at a school on the outskirts of Geneva (pictured, stock image) have protested outside their school after some were forced to wear a ‘T-shirt of shame’ after coming to school wearing clothing deemed ‘indecent’

‘Humiliation is not a form of education’, one placard read, pictures in local media showed. Another demanded that school officials ‘fix your sexism before you fix my outfit’.

The demonstration came in response to revelations last week that the school on the first day after the summer holidays had forced a number of students to put on an oversized t-shirt over clothing that was deemed inappropriate.

The so-called ‘T-shirt of Shame’, which was imposed on two boys and 10 girls at the school, carries the name of the school and the words: ‘I’m wearing an appropriate outfit’ under a drawing of a thumbs-up in the style of a Facebook ‘like’ button.

Speaking to Radio Television Suisse (RTS), 15-year-old Elodie spoke of her experience at a Geneva school when she was 11.

‘I was 11 years old, I was in music class when the teacher looked at me and told me that my outfit was not appropriate for the class and that it could attract the eyes of the boys,’ she recalled.

‘I was wearing a bib jumper with jeans pants. You could only see my shoulders. He told me to put on my gown, explaining that if I came back dressed like that, he either fired me or he made me wear the shame t-shirt.’

The story came to light after the mother of one of the girls complained to school authorities in Geneva canton, charging that the school administration had ‘abused its power … to humiliate, denigrate and stigmatise young girls’, Swiss media reported.

The school had responded by insisting that the rules requiring students to wear ‘correct and appropriate’ attire were applied ‘independent of sex’. 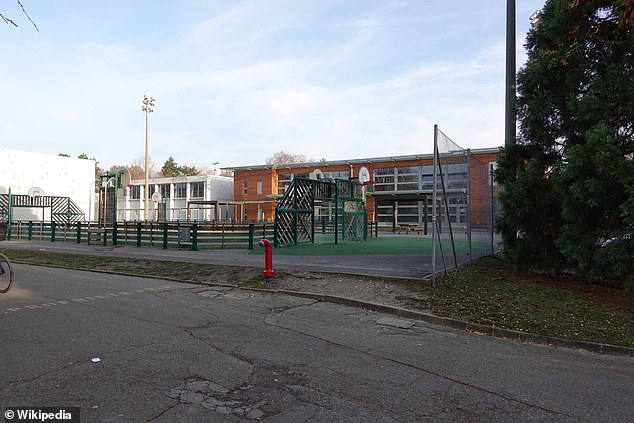 Pictured: Pinchat middle school on the outskirts of Geneva. The school forced a number of students to put on an oversized t-shirt over clothing that was deemed inappropriate

Critics however charge that such rules, which exist at most middle schools, rely on subjective assessments of what should be considered appropriate.

Marjorie de Chastonay, a Geneva parliamentarian with the Greens, compared the use of the T-shirt to a ‘public lynching aimed at stigmatising girls’.

Speaking to public broadcaster RTS last week, she slammed the decision to rely on ‘an inadequate law that promotes structural sexism instead of on paedagogy that raises awareness among boys of the issue.

One sign at the protest asked: ‘When will there be a T-shirt of shame for teachers who sexualise their students?’

The Swiss protest came after girls across neighbouring France earlier this month staged protests by dressing ‘provocatively’ to denounce the ‘sexism’ of similar rules there.

Why are Manchester United finding it so hard to sign players?