England manager Gareth Southgate has confirmed his players will continue to take a knee before their games at this month’s European Championship.

There were audible jeers as the players took the anti-racism gesture at Middlesbrough’s Riverside Stadium before their 1-0 Euro 2020 warm-up victory over Austria.

It was soon drowned out by cheers among the 7,000 strong crowd, but the jeers were condemned by Southgate in the aftermath of the victory. 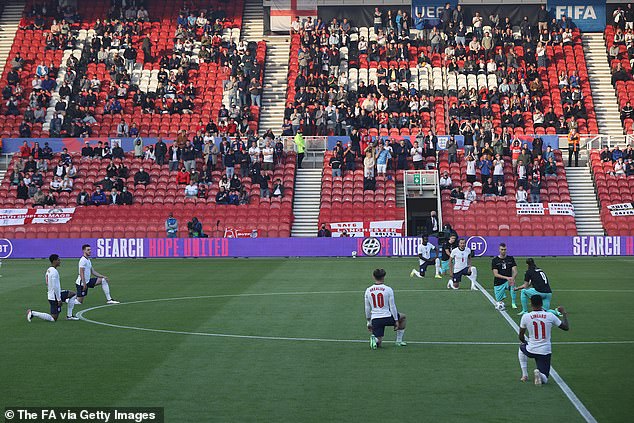 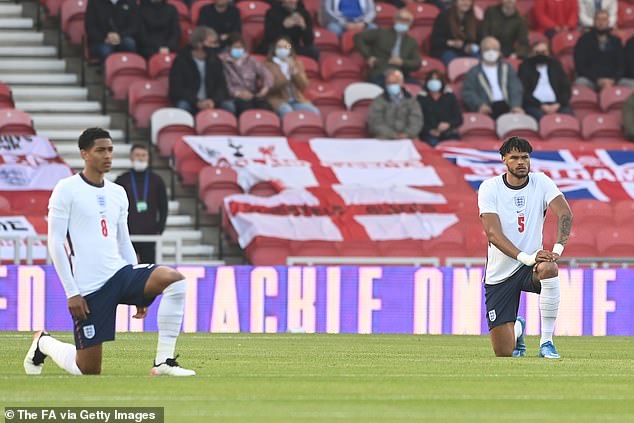 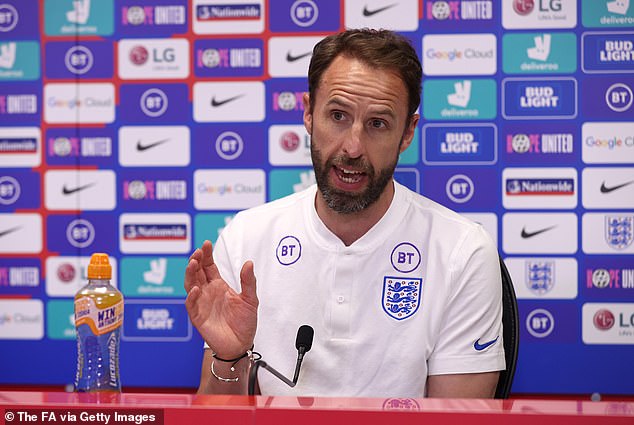 Since the match, the squad held a meeting to discuss the next steps, and they have agreed overwhelmingly to carry on taking the knee, starting with Sunday’s warm-up game against Romania.

Southgate again said he and the players were disappointed, during England’s pre-match press conference ahead of their final warm-up game before the championships kick off next week.

‘The first thing is that collectively we are very disappointed that it happened,’ he said.

‘I think you have to put yourself in the shoes of a young England player about to represent his country. We’re all trying to move towards equality and support our own teammates because of some of the experiences they’ve been through in their lives, but people decided to boo.

‘I think those people should put themselves in the shoes of those young players. If that was their children – if they’re old enough to have children – how would they feel about their kids being in that situation?

‘The most important thing for our players is for them to know we are totally united on it. We’re totally committed to supporting each other, supporting the team, and we feel more than ever that we are determined to take the knee throughout this tournament.’

Southgate was speaking alongside midfielder Kalvin Phillips, who said that he felt ‘confused and disappointed’ when he heard the reaction seconds before kick-off.

What happened at the Riverside Stadium reflects a belief among some supporters that the gesture is ‘political’. 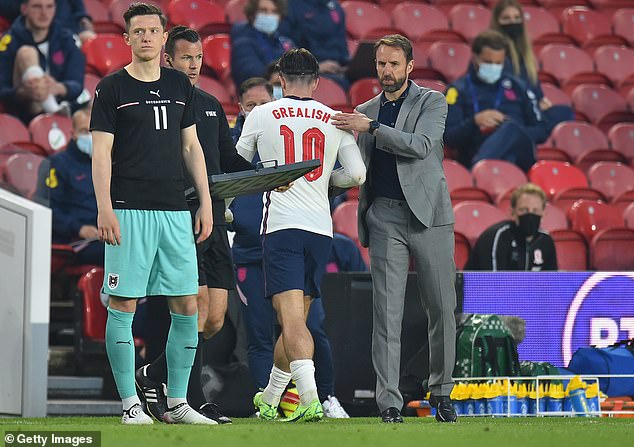 Southgate acknowledged that there could be a negative reaction throughout the tournament, with the Euros being largely home-based for the Three Lions.

The 50-year-old said that his side are ‘sick’ of talking about whether they should take the knee or not.

He said: ‘We accept that there might be an adverse reaction but we’re going to ignore that and move forward.

‘The players are sick of talking about the consequences of should they, shouldn’t they. They’ve had enough really, and as far as I’m concerned they’re not going to take more questions on this through the tournament. If it happens, it happens.

‘The fact that we are going to keep going is impactful. But how many times have we sat here over the past two years discussing these things? I must never be tired of doing that because I don’t have the right to be tired of doing it.

‘I haven’t lived the life my players have or experienced the things they have. It saddens me that they are so hardened to it that they’re almost dismissive. That’s something that, in our country, we should all reflect on.’ 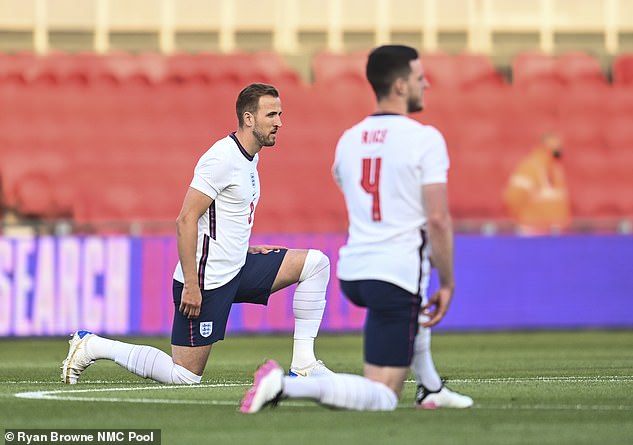 Southgate acknowledged that players could receive more boos throughout the Euros

Footballers first began taking the knee last June after the death of George Floyd and an outpouring of anti-racist demonstrations across the western world.

It also came amid a slew of racist incidents in the sport, including regular social media abuse of black players.

The abuse seems to have increased recently, with Manchester City duo Raheem Sterling and Kyle Walker subjected to racist abuse after their recent Champions League final defeat to Chelsea.

The pair were both sent monkey emojis on social media platform Instagram after the game, according to Sky Sports, just days after Manchester United star Marcus Rashford had received ‘at least 70’ racist messages following their Europa League final loss to Villarreal.

Premier League players also donned the Black Lives Matter slogan on their shirts after the 2019-20 campaign restarted, following on from global protests in support of the movement sparked by the death of Floyd in the United States while in police custody last May. 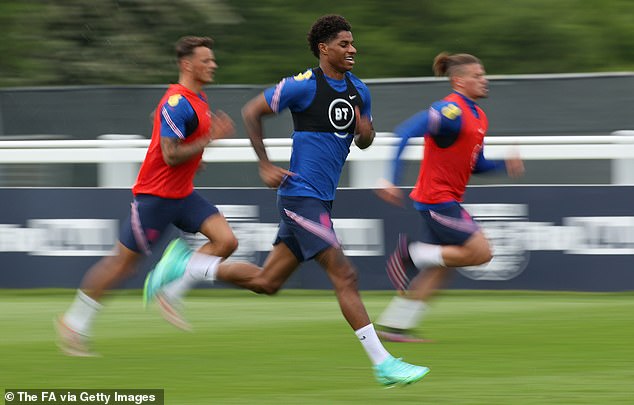 But at the start of the 2020-21 season, the Premier League distanced itself from Black Lives Matter by replacing its logo with No Room for Racism on shirts.

While BLM slogans were removed, the taking of the knee remained throughout the 2020-21 season.

But since fans started to return to stadiums after they were kept out due to the Covid pandemic, players had faced resistance with some supporters booing the taking of the knee before matches.

Fans at Wembley for the FA Cup final between Chelsea and Leicester booed before applause drowned out the protests. A similar sentiment was heard at Old Trafford for Manchester United’s game against Fulham on May 18.

After England’s game with Austria, midfielder Jack Grealish – who played a key part in England’s winning goal which Saka eventually converted – said none of the players were happy about it.

‘I think that will get talked about in the next few days,’ he told Sky Sports. ‘It’s a thing we don’t want in football in general and especially in our games.

Christian Eriksen has told his Denmark teammates to look forward to their Euro 2020 game against...