‘VAR is ludicrous!’: Gary Lineker and Rio Ferdinand lead the fury at penalty given against Dejan Lovren with fans sure it shouldn’t have been given… even though ex-Liverpool man left Patrik Schick in a bloodied state for spot-kick

Gary Lineker and Rio Ferdinand were one of many people left incredulous by the decision to award Czech Republic a controversial penalty – despite Croatia’s Dejan Lovren having elbowed Patrik Schick in the nose.

After a one-two from a corner, Jakub Jankto whipped in a cross and after the former Liverpool centre back jumped for the ball with Schick, the two-goal hero against Scotland crumpled to the ground.

Play continued before referee Carlos del Cerro Grande went to check on Schick as the Wolfsburg forward continue to lie down the Hampden Park turf. 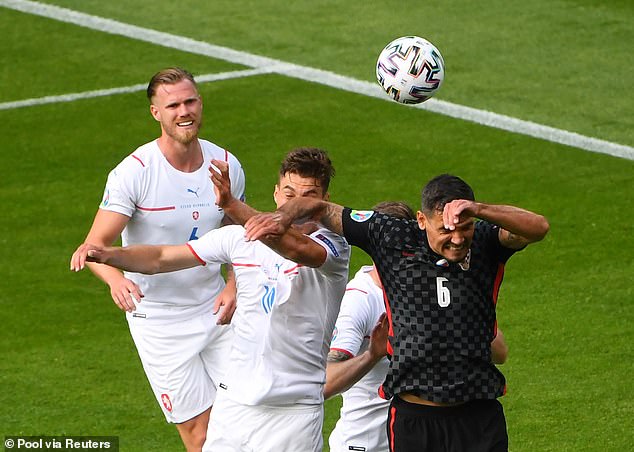 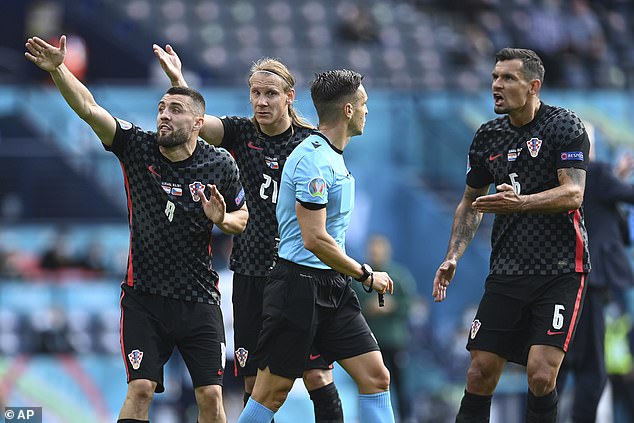 Mateo Kovacic, Domagoj Vida and Lovren argued with the referee after the decision was made 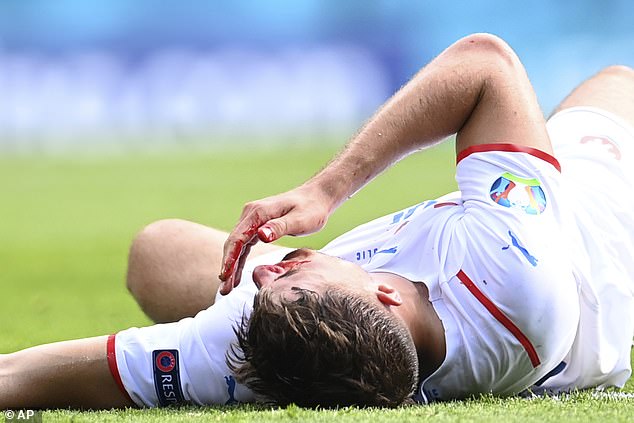 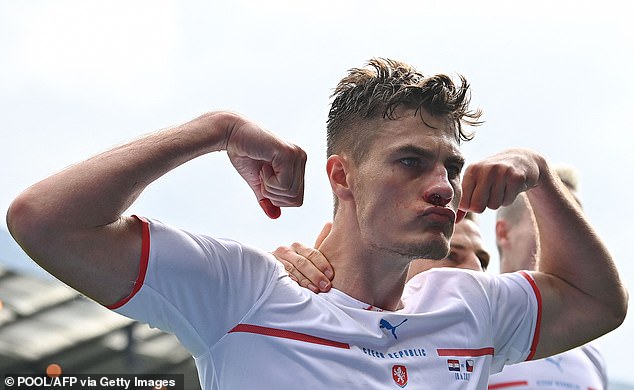 The Spanish official was then called over to the pitchside monitor and decided to award a spot kick, booking Lovren amid fierce Croatian protests.

After Schick’s nose was left in a bloody state, the 25-year-old stepped up to dispatch from 12 yards and become the tournament’s top scorer, putting Jaroslav Silhavy’s men ahead in the process.

However, many agreed with Lovren and felt the penalty should never have been awarded.

Lineker tweeted: ‘Encouraging to see that VAR is equally as ludicrous elsewhere. Never a penalty.’

Ferdinand meanwhile, speaking at half-time in the game on the BBC, said: ‘Listen, this is another situation where without VAR it’s not a penalty. It doesn’t get looked at, it doesn’t get talked about.

‘The fact we have VAR now changes that massively and we have a penalty. I don’t think it should have been a penalty myself.

‘They both go up, both of their arms are in the air. One obviously clatters the other, but I don’t think there’s any intention from Lovren there to go and hurt his opponent. 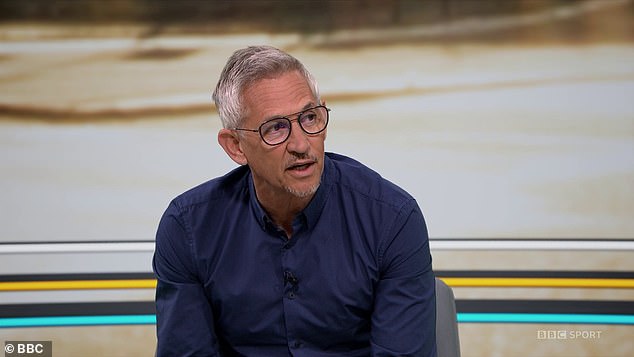 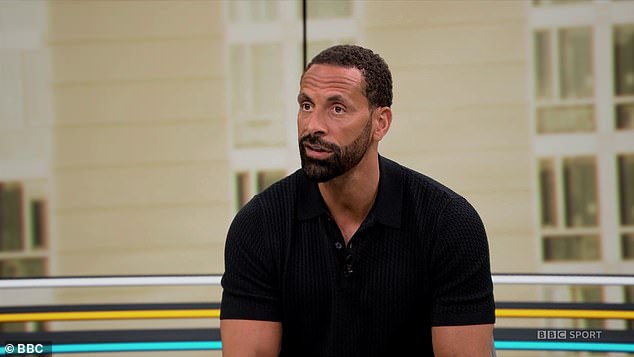 ‘(He) doesn’t look at him and he actually wins the ball. The striker is actually on his blind side there so he (Lovren) doesn’t seen him until the last moment there. I think the referee needs a bit of help there from someone.

‘(They should be) talking through it a little bit more, I think they (the VAR team) would have said “this is your decision”. But it was a great penalty.’

Croatia then equalised through Ivan Perisic on 47 minutes as both teams had to settle for a point ahead of the Group D grudge match between England and Scotland on Friday night at Wembley.