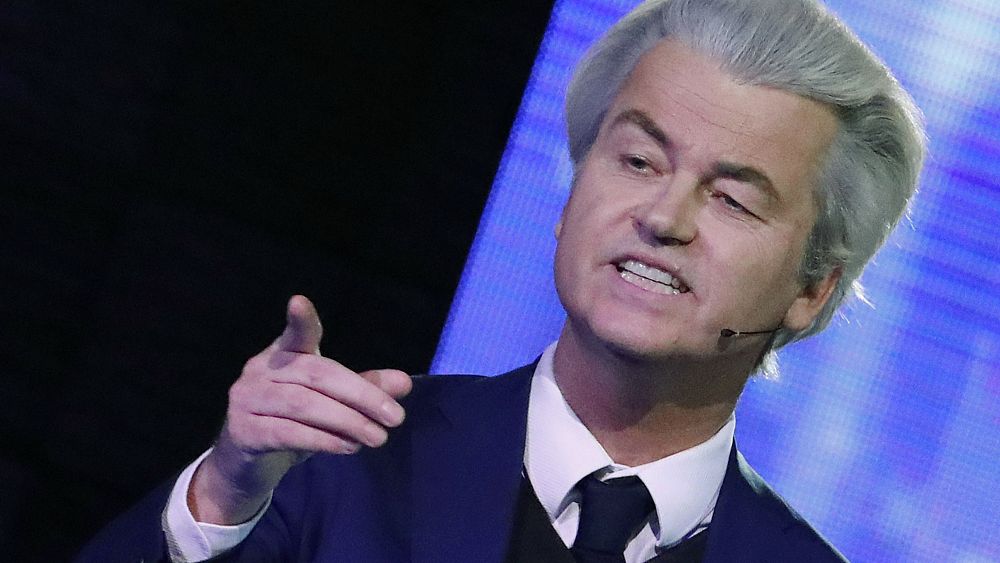 Authorities in Ankara said they were probing the leader of the Dutch Party for Freedom (PVV) for “insulting” the Turkish President on social media.

On Monday, the Dutch lawmaker tweeted: “Erdoğan is an Islamist who poses a mortal danger and incites hatred and terrorism here in the Netherlands.”

Wilders had also published a cartoon depicting half of Erdoğan’s face on a Turkish flag and the other half on the banner of the Islamic State group, accompanied by the word “terrorist”.

The Dutch far-right politician urged caretaker Prime Minister Mark Rutte to expel the Turkish ambassador to the Netherlands and called for Turkey to be removed from NATO.

Omer Celik, a spokesman for the ruling AK Party, described Wilders as a “fascist” on Twitter.

Meanwhile, Erdoğan’s spokesman Ibrahim Kalin shared a picture of the Dutch politician pressing the tip of his nose with a pen, accompanied by the word “imbecile”.

“No word that Geert Wilders and his merry band of neo-Nazis ever uttered has amounted to anything,” added the Turkish Presidency communications director Fahrettin Altun.

“The real danger is that seemingly moderate governments and supposedly responsible policymakers in Europe seem to share these ideas.”

“Turkey and the Turkish community in Europe have always been a bulwark against terrorism and extremism.”

Geert Wilders had previously outraged Ankara in October when he posted a similar caricature of Erdoğan captioned with the word “terrorist” and a separate image of a sinking ship with a Turkish flag. The Turkish President then filed a criminal complaint against the Dutch politician for “insult”.

Wilders is one of Europe’s most prominent far-right politicians and has been a key figure in the immigration debate in the Netherlands, although he has never been in government.

Last year, a Dutch appeals court upheld his conviction for insulting Moroccans in comments he made in 2014, although he was also acquitted of inciting discrimination.

In response to the latest Turkish investigation, Wilders tweeted that he was exercising “freedom of speech”.

“Don’t criticise [President Erdoğan] or you will be investigated and prosecuted.”

Winter weather: How to keep dogs safe in frigid temperatures (and how much it will cost)