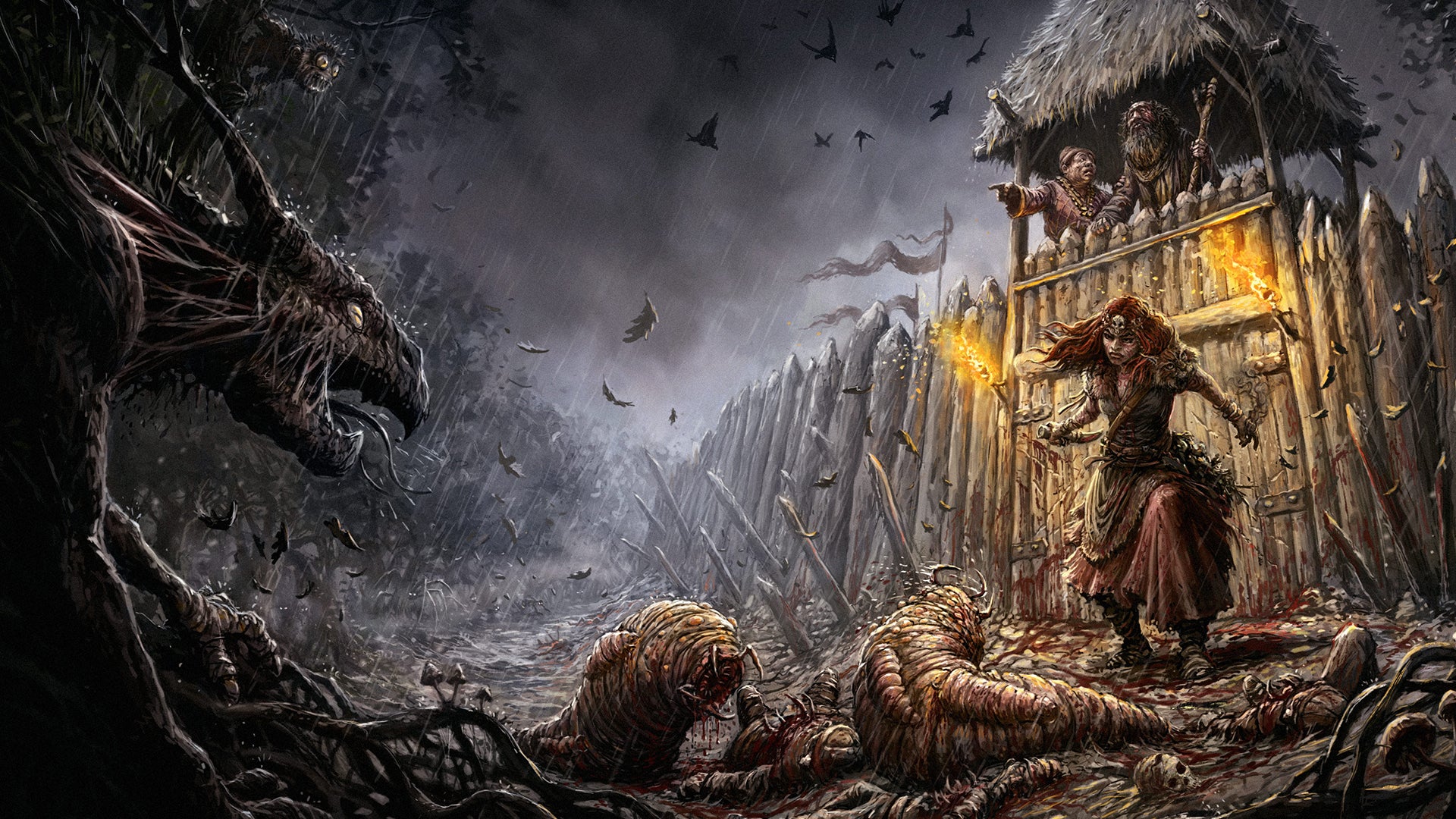 Covenant, a new studio headed by former producer on The Witcher 3 Stan Just, has announced its first game: Gord. Gord is an adventure strategy game in a dark fantasy setting, and it aims, according to its representatives, to mix the same atmospheric vibe of The Witcher with the survival-strategy of Frostpunk and the city-building of Cities: Skylines. You can see the announcement trailer above.

Gord’s worldbuilding is based on Slavic folklore, which it aims to drive home during its story campaign. You’ll have to manage three main elements with your village, the Tribe of the Dawn: faith, sanity, and growth. In fact, there are entire Sanity and Burden gameplay systems. Illness, hunger, and death of kin all affect your villagers’ Sanity and can be reversed, while Burden is a measure of long-term psychological wounds and it permanently accumulates. Check out the first screenshots of Gord in the gallery below.

In addition to the story campaign mode, Gord also has a Custom Scenarios mode that features a mix of handcrafted and procedurally generated content intended to increase replay value. Gord is due out for PC in 2022. Meanwhile, Just’s (pronounced “yoost”) former colleagues at CD Projekt Red recently revamped their future development strategy to focus on the parallel development of The Witcher and Cyberpunk 2077 franchises simultaneously.