Some GP surgeries in England that were due to start rolling out Pfizer’s coronavirus vaccine from today have been told their deliveries will be delayed.

Practices in Kent and Merseyside claim they were informed by health bosses today that the first batch of doses won’t arrive until sometime on Tuesday.

Family doctors at affected surgeries say the delay means they will have to squeeze in hundreds of patients who were booked in for a jab today, tomorrow.

Problems in storing and distributing Pfizer’s jab mean there is no margin for error in the supply chain. GPs have just three-and-a-half days to administer all doses after receiving their delivery.

One hundred vaccination hubs, operated by GPs, were supposed to start dishing out vaccinations from today across England.

Meanwhile, care home residents in Scotland started receiving the vaccine for the first time from today. NHS staff including nurses and pharmacists will work alongside GPs to inoculate those aged 80 and over, as well as care home workers and residents. 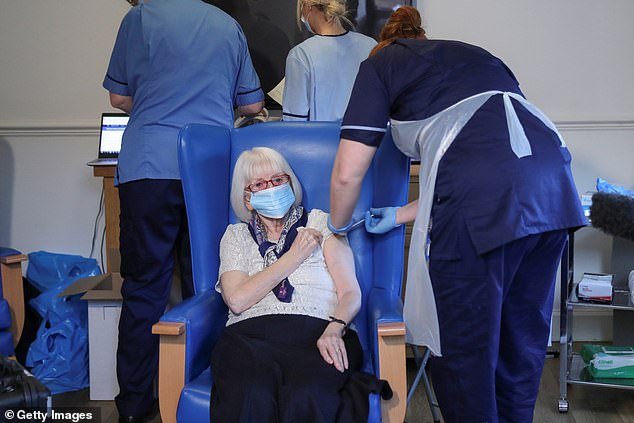 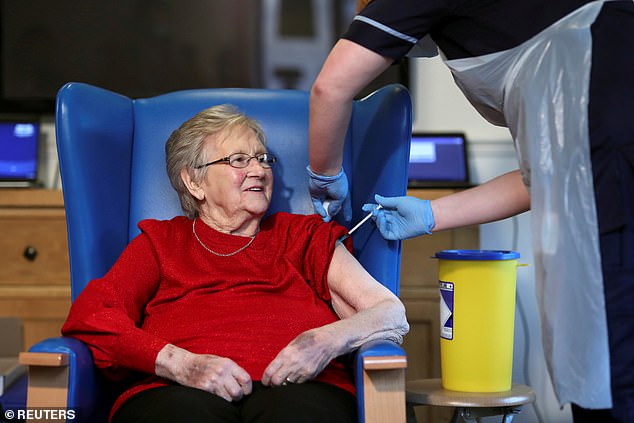 Annie Innes, 90, is also given the jab by a nurse at the Scottish care home 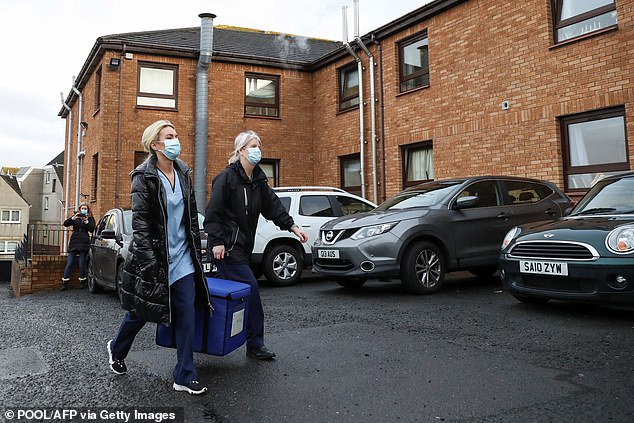 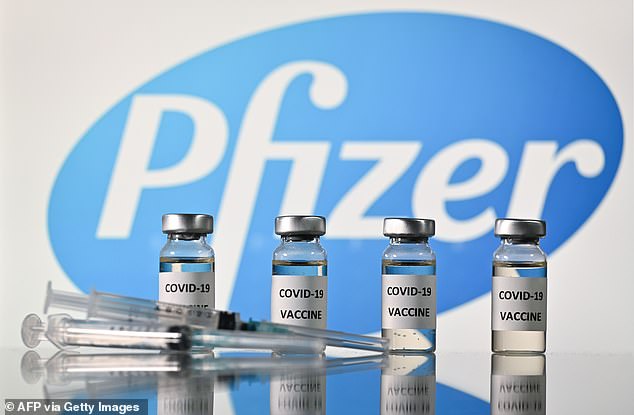 The vaccination clinics will operate from doctors’ surgeries or community hubs in villages, towns and cities

Dr Yvette Rean, a GP in Gillingham, Kent, told Pulse magazine that ‘having spent weeks’ organising for vaccinations and ‘getting 975 patients booked in’, they ‘have been told they won’t be arriving on [Monday] as planned but [Tuesday] sometime’.

‘I have 80 patients booked for Tuesday [morning],’ Dr Rean added.

Dr Gaurav Gupta, Kent LMC chair and a GP in Faversham, also told the magazine he was ‘also worried about the same’, having received a ‘confusing’ email from the CCG yesterday ‘saying we might be stood down’.

Professor Martin Marshall, chairman of the Royal College of GPs, said: ‘GPs and our teams are about to embark on an enormous challenge, delivering the Covid-19 vaccination programme in the community whilst also delivering the expanded flu vaccine programme and the usual care and services our patients rely on us for.’

The opening of the community centres comes after dozens of hospital hubs began offering vaccinations from last Tuesday.

The NHS will contact people in the priority groups when it is their turn to receive the vaccine.

‘This is the greatest vaccination programme ever undertaken by the NHS and, to help vaccinate people safely we will be working with local communities to deliver it in convenient and familiar settings.

‘As a GP I am proud to be part of this huge national effort to protect our patients against the virus and I would urge the public to come forward when they are called up for the vaccine.’

The vaccine started being rolled out last week with  Margaret Keenan, 90, the first person to receive the jab.

The Pfizer/BioNTech vaccine is the only one currently approved for use in the UK but the chances of the University of Oxford’s Covid-19 vaccine also being rolled out by the end of this year are ‘pretty high’, according to lead researcher Sarah Gilbert, who is professor of vaccinology at the university. 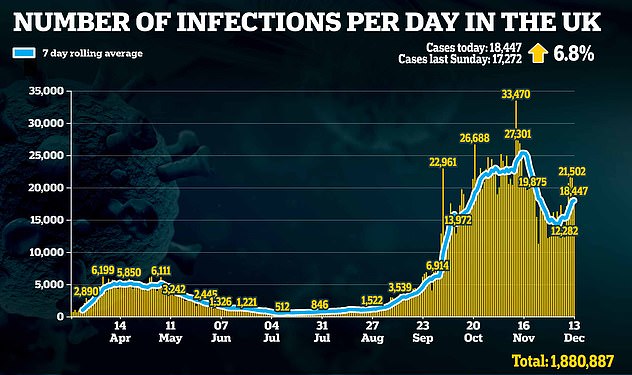 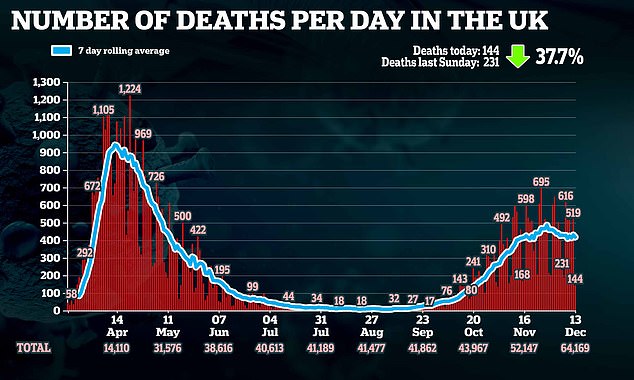 Prof Gilbert said it is possible that life could be ‘more or less’ back to normal by next summer – but said it depends on transmission rates in January which she said could be affected by people travelling and mixing with others over Christmas.

Restrictions are due to be relaxed across the UK between December 23 and 27 to allow families to spend time together in ‘Christmas bubbles’ but NHS bosses have warned Prime Minister Boris Johnson that any relaxation of restrictions in England’s tier system could trigger a third wave of cases at the busiest time of the year for hospitals.

Prof Gilbert said the US has seen a surge in infections and deaths after people celebrated Thanksgiving, adding that a similar rise in the UK could also affect the vaccination roll-out.

‘It’s not possible to run vaccination clinics when staff are off sick, and there’s a very high transmission rate affecting people’s ability to come to be vaccinated.’

The first review of England’s tier allocation is due take place on Wednesday and NHS Providers, which represents hospital trusts in England, has urged ‘extreme caution’ in moving any area of the country to a lower tier while areas should be moved into the highest tier of restrictions ‘as soon as this is needed, without any delay’.

A Government spokeswoman said ministers will not ‘hesitate to take necessary actions to protect local communities’.

Meanwhile, schools in Greenwich have been asked to close from Monday evening and switch to online learning following ‘exponential growth’ of coronavirus in the south east London borough.

In a letter to parents on Sunday, council leader Danny Thorpe said he had asked schools to close as Greenwich’s infection rate was at its highest point since March.

In Wales, secondary schools and colleges will move to online learning from Monday following advice from the Welsh chief medical officer that the public health situation in the country is ‘deteriorating’.

Google services including Gmail, YouTube restored after suffering an outage

A Saudi newspaper confirms Erdogan's rejection of Islam and Europe, and sanctions surround the Brotherhood

“Facebook” warns of strong signs of violence before Biden’s inauguration

‘You can’t joke around about that’: Tense moment Pete Davidson ‘asks Jake Paul about sexual assault’