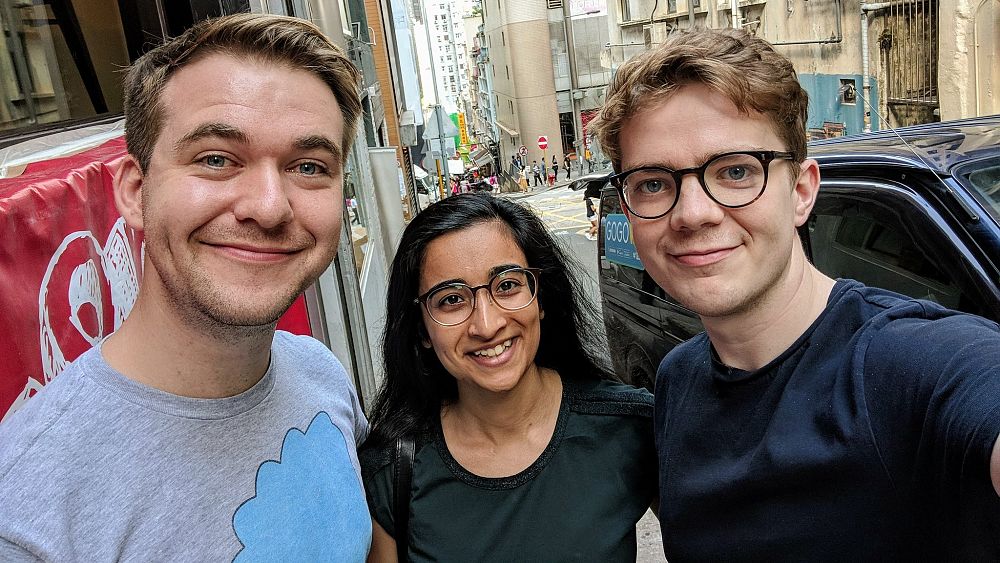 
The people behind the Anti-Virus website hail from various industries, with their ranks including everything from scientists and journalists, to a lecturer and an MP, but they are all focussed on one thing — tackling the misinformation surrounding COVID-19.

The new UK-focused website, which experienced a flurry of success when it launched last Tuesday, directly calls out public figures and sets straight what it sees as common myths, documenting them in an easy-to-read format.

“We wanted to create a really accessible reference for people who are not experts themselves to be able to understand and look at the actual evidence and dispel some of the myths on the pandemic,” co-founder Sam Bowman, an economist, told Euronews.

No one could argue that what they created isn’t accessible; their landing page has clear subheadings sorting “common COVID-sceptic claims” into categories like “Effects of Covid-19”.

The first addresses the claim that “99.5% survive Covid – we’re overreacting”, with Anti-Virus breaking down the numbers to show the figure is much lower than this.

They go on to explain how, even if this number were true, “that’s still a lot of death” — 300,000 people in a country the size of the UK, according to their calculations.

Each section is littered with hyperlinks leading to supporting evidence from scientific journals or publications — a meticulous order and attention to detail that is often lacking in the approaches of those supporting the myths they are working to bust.

“The crucial thing is we’re not asking anybody to take our word for it. We’re asking people to read the studies. We link to every single claim we make to a peer-reviewed scientific article and we want you to follow the evidence and for you to make your mind up for yourselves,” Bowman said.

The group of myth-busters work on Anti-Virus in their spare time and are paying for costs out of their own pockets as they go.

And their efforts are being noticed, with the site getting 30,000 visitors from the UK alone in its first two days.

Why are they dedicating all this time to the cause? They started by calling out misinformation independently and felt compelled to create a resource after “seeing these myths become more and more absurd and simultaneously becoming more and more popular” as the pandemic went on.

Some on the list of well-known figures Anti-Virus calls out, which includes the likes of Telegraph columnist Allison Pearson and theoretical epidemiology professor at Oxford University Sunetra Gupta, are no strangers to public drama when it comes to sharing their views on COVID, especially on Twitter.

Is there some score-settling going on with the website’s choices of who to scrutinise?

“I certainly don’t have anything personally against any of these people, except that I have something against people who I think are spreading myths,” Bowman said.

“The reason we’ve chosen these people are that they are a mixture of the most influential and prominent people who’ve been really consistent in promoting ideas that I think are, at the time, wrong. We are not interested in trying to embarrass people,” he added.

“What we’re interested in doing is holding up the track records of people who continue to spread covid misinformation.

For now, the team doesn’t have plans to expand the scheme further than the UK, but Bowman said he would love to see others outside the country’s borders do their own projects or “grassroots anti-misinformation uprisings”.

He added he would love to see a collective COVID wiki come out of the action.

Is there one myth Bowman would like to bust once and for all? Unsurprisingly, yes.

“The biggest piece of misinformation that I really, really hate is the idea that COVID is only as bad as the flu,” he exclaims.

“This isn’t borne out by any evidence at all. And, in fact, when you look at how severe COVID is compared to the flu, it’s between 10 and 20 times more deadly for the average person.

“Right now, in hospitals in the UK, most of the wards are filled with younger people, people in their 40s and 50s and 60s, who have decades left to live.

“Unfortunately, lots of those people are going to die because COVID is really, really serious.”

What help is on the menu for Europe’s struggling restaurateurs and is it enough?