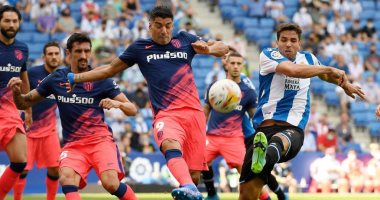 Coqui Resurreccion, captain of the Atletico Madrid team, will miss Saturday’s match against Athletic Bilbao in the fifth round of the Spanish first division football “La Liga” due to a “muscular elongation in his thigh”, the club said, thus joining Thomas Limar is in the list of absentees from the meeting.

The two players suffered injuries in the last Porto match, which was held for the first round of the Champions League group stage and ended in a goalless draw, and they are the only absentees from the list of Argentine coach Diego Simeone, who summoned Stefan Savic after serving a penalty for his absence from the last “Champions League” meeting.

The list also witnessed the call-up of Ivan Sabunic, who was excluded by Simeone in the last five matches.