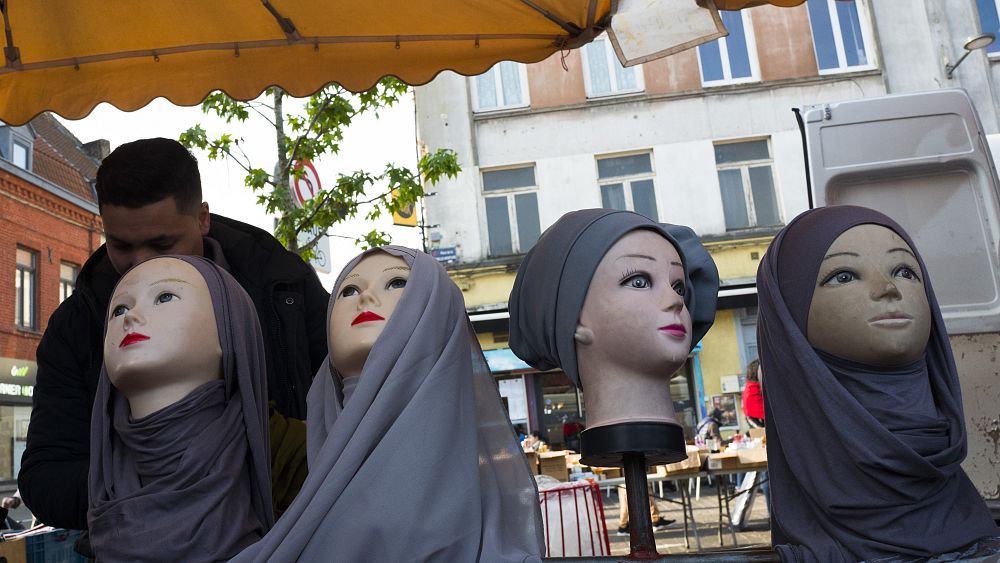 Online activists have criticised proposals to ban children from wearing a hijab in French public spaces.

Last month, the French Senate — the upper house of Parliament — voted in favour of banning children from wearing the Islamic headwear.

Under the legal amendments, mothers would also be prevented from wearing a hijab when accompanying children in swimming pools or on school trips.

The proposals will need to be approved by France’s National Assembly before passing into law.

In 2010, France was the first Western country to ban full-face veils in public, and the wearing of headscarves and coverings has been the subject of a decades-long debate in the country.

The latest proposals come as France attempts to introduce a so-called “anti-separatism” law, which aims to bolster the country’s secular values.

President Emmanuel Macron has previously voiced his belief that the hijab was not in accordance with French ideals, and a ban on face coverings would empower women.

The new law will prohibit “any conspicuous religious sign … dress or clothing” that signifies a lower status for women than men in public.

But the move has triggered international outrage on social media under the hashtag #HandsOffMyHijab. Many users have suggested that the law singles out France’s minority Muslim population.

In a statement last month, Amnesty International also warned that the proposed bill was “a serious attack on rights and freedoms in France”.

“Muslim women have always been used as a chip by politicians to gain votes, we already feel so much pressure from a wider society.”

“Now our freedom of religion has been taken away from us by this proposed law,” Mohamed added.

“No one is taking into consideration how this will affect our lives, we constantly have to pay the price for it.”

Click on the video player above to watch more.