Picture this! Hard-up councils blow £10k on portraits… and guess what an art critic thought of them

By Susie Coen For The Daily Mail

Councils have spent £10,600 of public cash on portraits of town hall bosses in the past year, the Mail can reveal.

Around half was spent on a single painting of the boss of Essex County Council – which can be viewed by appointment only.

The figure came from responses to 14 Freedom of Information requests.

Essex County Council – which has increased council tax by an average of £50 in the past year – spent £3,769 on a painting of its chairman, John Jowers.

This included a £38 fee for the artist to visit Councillor Jowers to talk ‘about how he would like to be sat and what sort of style of painting he would like’.

The portrait shows the chairman – who received £35,061 in allowances last year and once claimed councillors offer the taxpayer ‘good value for money’ – sitting cross-legged with his hands in his lap in a navy suit and gold chain of office. 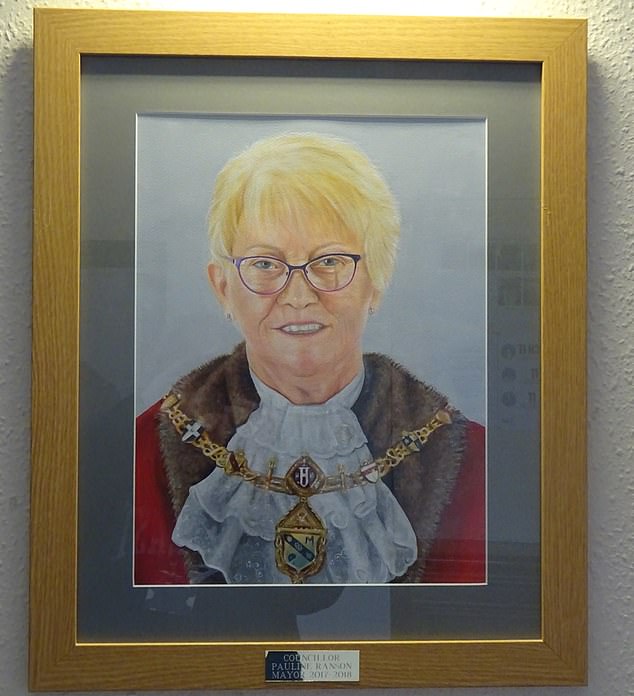 It is hung in a committee room in the county hall which is ‘not an open public space’. Residents must book an appointment to view it – and be escorted to and from the room. Last night art expert Paul Carter Robinson, editor of Artlyst.com, told the Mail the portrait was ‘soulless’.

Hertfordshire County Council paid £581 for a photograph of its chairman – while increasing council tax by 3 per cent.

On display in the town hall, it shows Colette Wyatt-Lowe in a teal, silk dress and her gold chain of office. It was taken by Pete Stevens, who describes himself as an ‘experienced professional photographer’ on his website – although Mr Carter Robinson thought it was ‘lacking in warmth’. 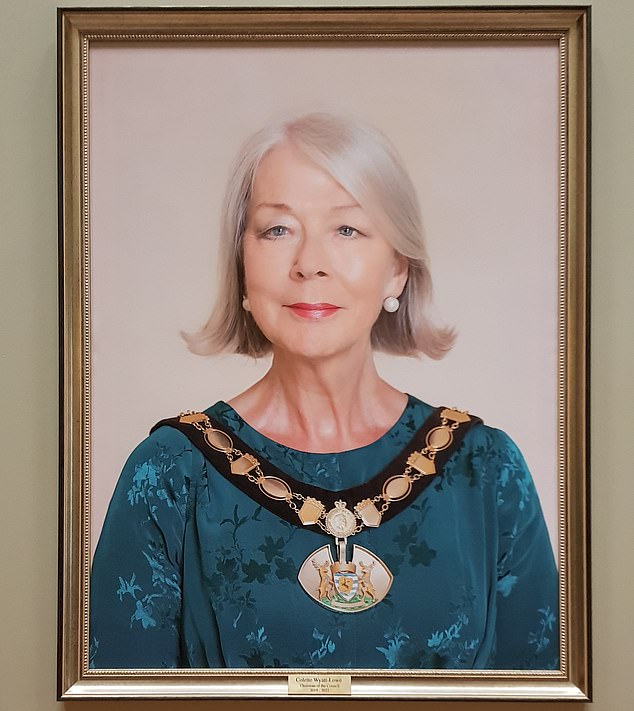 It commissioned two A-level art students from Loughborough College to paint Pauline Ranson – who held the post from 2017 to 2018 – and Christine Harris, who took over the following year.

The paintings, which show the councillors smiling in traditional robes and chains of office, cost £310 to frame. But Mr Carter Robinson described the picture of Councillor Ranson as ‘amateur’ and the portrait of Councillor Harris as ‘badly executed’.

Meanwhile, Devon County Council spent £470 on photographs of former leaders last year. It forked out £237 on a picture of the 2018-19 chairman Caroline Chugg wearing a violet dress – which Mr Carter Robinson called ‘cringeworthy’. 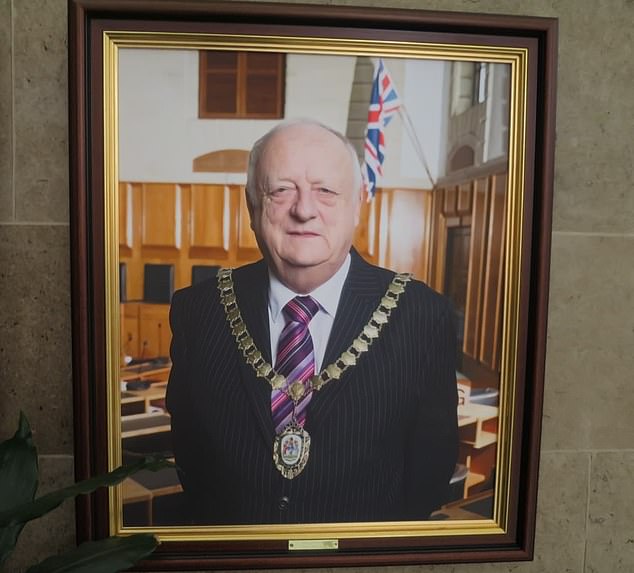 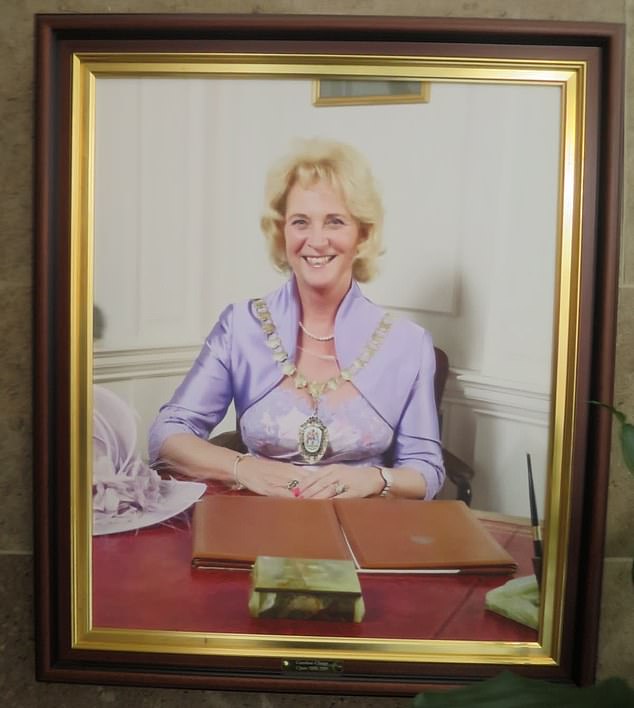 And it spent £233 on a photo of her successor, John Mathews, which the art expert branded ‘self-indulgent glorification’.

The London borough of Barnet paid £250 for a photograph of mayor Caroline Stock in her red robes – which Mr Carter Robinson called ‘dull as dishwater’.

And Adur and Worthing Councils in West Sussex gave a stone mason £400 to engrave the name of former Worthing mayor Hazel Irene Thorpe on the walls outside the committee suite. The process, which took two days, is paid for every year.

Yesterday an Essex County Council spokesman said the portrait of Councillor Jowers was ‘nothing out of the ordinary’, as every chairman since 1900 had been painted. 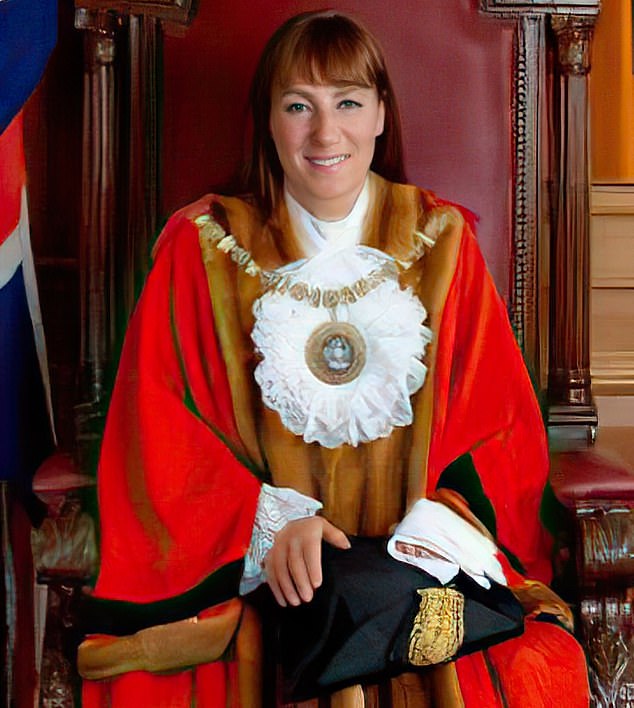 ‘Dull as dishwater’: Photo of Barnet mayor Caroline Stock in her robes 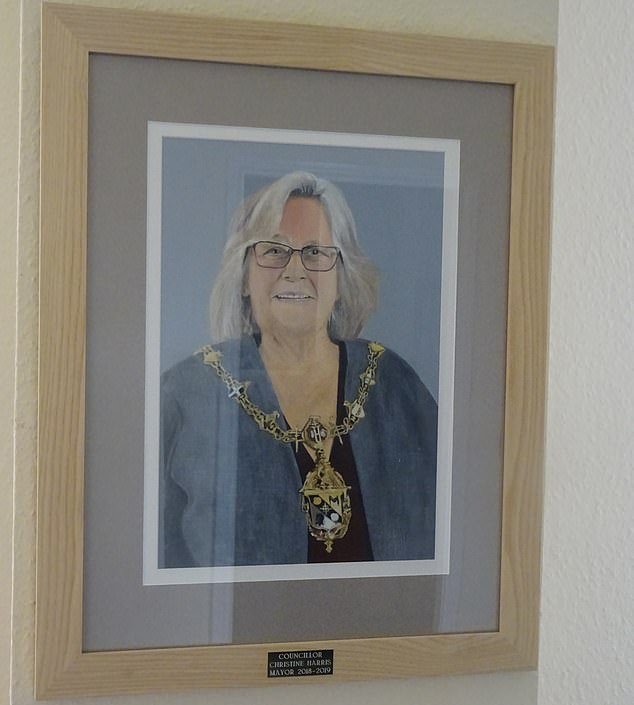 Hertfordshire County Council said it had a ‘long tradition’ of commissioning portraits of its chairman and putting them on display in the county hall. It said it had ‘significantly reduced the cost’ over the past decade by moving from paintings to ‘high quality portrait photographs’.

Charnwood Council said it was ‘proud’ to have commissioned art students to paint both mayors’ portraits for the past two years to ‘mark their year of service to the borough and promote local art’.

A spokesman for Devon County Council said it was a ‘tradition’ to commission a portrait of the chairman as a ‘mark of their service’. He added: ‘To save money, we use photographs not paintings.’

The total figure of £10,620 is based on 14 responses to Freedom of Information requests – a fraction of the 366 submitted. This means the real cost to the public purse is likely to be much higher.

Coronavirus: How does Covid-19 test-and-trace work?

How long until Britain gets its hands on another coronavirus vaccine?