The number of pediatric hospital units and beds in the U.S. has declined over the last decade, making it harder for children in certain areas to access care.

A new study published on Monday found that the number of hospital units has dropped by 19 percent and the number of beds fell by 12 percent.

In addition, rural areas were hit harder than urban areas, following a trend of the decreasing access to health care in rural areas.

Results showed that about one in four children now have to travel farther to visit a hospital than they did 10 years ago.

The team, from the Children’s Hospital of Los Angeles, says its findings show a worrying trend that access to care for people in rural areas in shrinking, and many may not be able to get the help they need in time in case of an emergency. 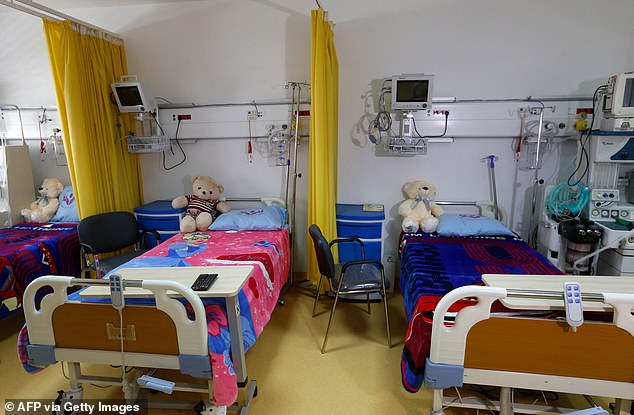 The United States has 12 percent less pediatric hospital beds as it did a decade ago, and the country has suffered a 19 percent decrease in pediatric units

Access to rural care in general has shrunk in recent years, and the problems were exacerbated during the COVID-19 pandemic.

As many of these hospitals financially struggle, they are more likely to close down pediatric units due to higher expenses to operate them and the lower likelihood that beds will be filled.

‘If you think about a pediatric ICU bed, that’s expensive to have empty,’ Dr Mark Holmes, a professor at the University of North Carolina who was not involved in the study, told STAT News.

Holmes explained that many of the patients in rural areas are also on Medicaid or Medicare, which means hospitals are getting less revenue per patient than if they were on private health insurance.

Hospitals that do remain open in rural areas have also reduced their services, including specialty care, primary care and in some example, pediatric care, leaving many patients without any access to specified care.

Not having access to a primary care physician can also exacerbate health problems patients are facing, as they will not come to an emergency room until they absolutely need to.

Instead of preventative care, which is cheaper, instead patients come in and go to the emergency room, the least efficient form of health care delivery.

Many rural areas are currently suffering from a primary care shortage.

Patients having to travel longer distances for care also leads to increased mortality for both cardiovascular issues and for severe injuries. 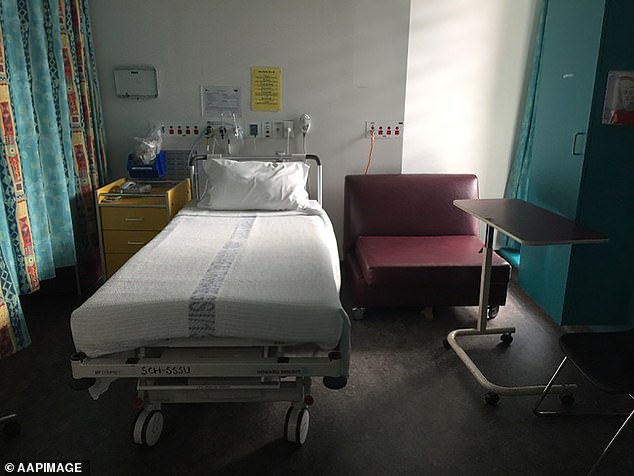 Rural areas have faced shortages of all types of health care, and the COVID-19 pandemic has only made matters worse

Lack of care in rural areas became a point of concern during the COVID-19 pandemic, as many areas were unequipped to deal with large surges of cases.

While the same load was not placed on pediatric care, as it was rare for children to suffer serious symptoms of COVID-19, if a similar outbreak were to occur again that does often harm children, many areas would be ill-equipped.

‘We would probably not be prepared for something on a similar scale [to COVID] with pediatrics,’ said Anna Cushing, a pediatric emergency medicine fellow at Children’s Hospital Los Angeles, and lead author of the study.

Lack of access to pediatric care means that many issues, like asthma or epilepsy, may either go untreated or unnoticed.

The growing disparity in health care access has created a disparity in death rates among rural and urban populations in America.

A study published last week found that the disparity of ‘deaths of despair’ – alcoholism, drug addiction and opioid use – and chronic illnesses between urban and rural populations tripled from 2009 to 2019.

As many rural areas shrink, and their economies begin to contract, the financial struggles of rural hospitals are likely to continue.

Last month, the U.S. Department of Health and Human Services announced a $1 billion grant to rural hospitals across the nation, providing some temporary relief.

The full study is available in this month’s issue of the American Academy of Pediatrics journal.