How did conspiracy theorists react to Joe Biden’s inauguration? 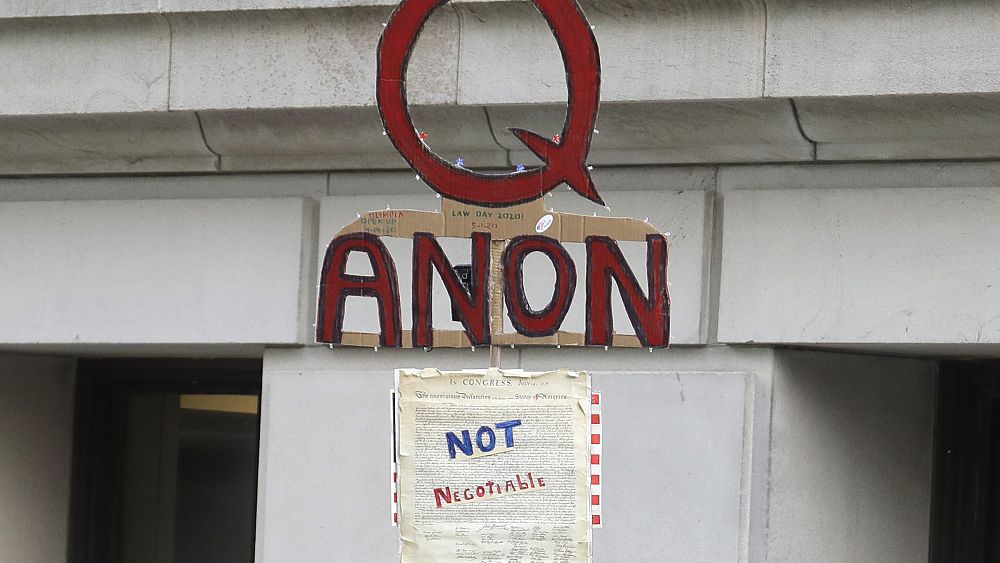 The inauguration ceremony of the 46th President of the United States, Joe Biden, passed without incident or interruption.

The scenes in Washington DC were a stark contrast from January 6, when supporters of Donald Trump, fuelled by false information that the 2020 election was “fraudulent”, stormed the Capitol building.

But while fractions of unrest broke out in the United States on Wednesday, there was no sign of the violence that resulted in the deaths of five people, including one police officer.

For some online users, however, they did not believe that Biden would be inaugurated. Followers of the baseless QAnon conspiracy theory believed that Trump would remain as the United States President.

The unfounded QAnon movement posits that there is a Satanic paedophile ring of politicians and public figures and that Trump acts a warrior against this “deep state”. Despite there being no evidence to support the theory, the movement has gained popularity worldwide, including here in Europe.

So when Biden’s inauguration ceremony continued and no prominent members of a supposed paedophile ring were arrested on the orders of Trump, followers were left in a state of chaos and confusion.

Many users expressed dismay in online messaging forums that they had been deceived and led on by false hope. Similar messages littered Gab and Telegram, online platforms where many of the groups had been driven when they removed by mainstream social networks following the storming of the Capitol.

For years, QAnon conspiracy theorists had encouraged one another to “trust the plan” as they waited for a day of reckoning. So when none came, what happens next?

Many analysts have stated that conspiracy theory movements like QAnon will simply not disappear, including Marc-André Argentino, a PhD candidate and associate fellow at the Global Network on Extremism and Technology.

“A part of QAnon will stay, remain and harden into a strong core of dedicated believers who will think the deep state is in control,” Argentino tweeted. “And they need to double their efforts in the information war, therefore creating a continuous pool of propaganda and conspiracy theories.”

Some believers continued to twist Biden’s inauguration into the QAnon narrative, believing that Trump remains a supposed “shadow President” in the United States.

Others, including Republican Representative Marjorie Taylor Greene, called for Biden’s immediate impeachment, repeating unfounded accusations that the 2020 US election was “fraudulent”.

“I believe the game is still being played this is not over!” one user wrote to his 26,000 Telegram followers, just moments after Biden was sworn into office.

For others, Trump’s official departure from the White House left them with the feeling of resignation.

Ron Watkins, one prominent figure in the QAnon movement, told his followers on Telegram that “we gave it our all”.

“Now we need to keep our chins up and go back to our lives as best we are able.”

Analysts have also expressed concern that other extremist groups and conspiracy movements could capitalise on the despair and chaos of QAnon followers and gain support.

“Belief in one conspiracy is highly associated with belief in others,” said Daniel Jolley, senior lecturer in psychology at Northumbria University.

“It’s a dangerous cycle that people can find themselves in, forming a belief system where they distrust those they perceive to be in power.

“Going in with more compassion and understanding someone’s motives to have that belief in the first place, you may be able to have a more positive conversation.”

_Click on the video player, above, for more from Euronews’ social media newsdesk, The Cube. _

Is Dish Network a buy or sell in February?

Is Dish Network a buy or sell in February?