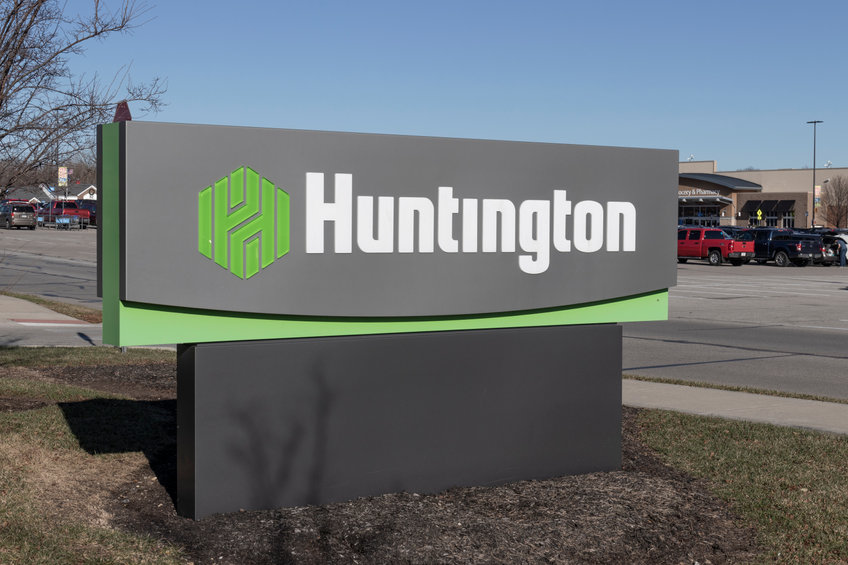 Huntington Bancshares Inc (NASDAQ: HBAN) slid 10% in the stock market on Friday after the bank holding company said its profit and revenue came in shy of Street estimates in the fiscal fourth quarter.

Huntington reported $401 million in net income that translates to 26 cents per share. In the comparable quarter of last year, it had earned $316 million or 27 cents per share. The financial firm noted a 33% annualised increase in revenue.

According to FactSet, experts had forecast 30 cents of EPS on $1.69 billion in revenue. The YoY growth, Huntington said in the earnings press release, was driven by strong commercial lending activity. CEO Steve Steinour said:

We enter 2022 with confidence in our outlook for earnings and revenue growth. Commercial lending should fuel balance sheet growth in the coming year, while areas of strategic focus such as capital markets, cards and payments, and wealth management should bolster fee income.

Other notable figures in the report include $1.13 billion net interest income versus the year-ago figure of $825 million. At $515 million, noninterest income was also up 26%. Huntington bought TCF Financial last year that helped fuel a 49% annualised increase in average core deposits.

The Ohio-based company noted record revenue for fiscal 2021 as a whole, resulting in a 59% year-over-year growth in the net income. Average loans and leases jumped to $97 billion (22% increase).

Huntington spent $150 million on share buyback in Q4 and has another $150 million pending under the existing authorisation. It raised its quarterly dividend on Friday to 15.5 cents per common share.