‘I’m up for it, absolutely’: Ben Youngs eyes up another 50 England caps after 100th match


‘I’m up for it, absolutely’: Ben Youngs eyes up another 50 England appearances after scoring two tries on his 100th international cap to help his country win the Six Nations

By Adam Hathaway For Mailonline

Ben Youngs scored two tries on his 100th appearance for England – then backed up Eddie Jones‘ theory he has more in the locker.

Scrum-half Youngs became England’s second centurion, after prop Jason Leonard, and marked the anniversary with a double as he led his country to a 34-5 win over Italy in Rome.

Head coach Jones has set the bench higher for Youngs saying he has got at least 50 more caps left in his armoury before he has to call time. 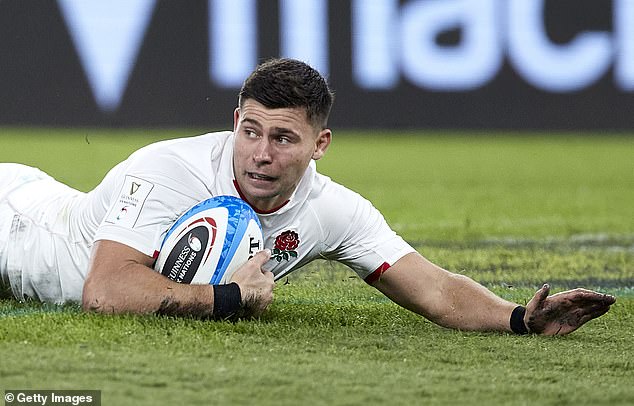 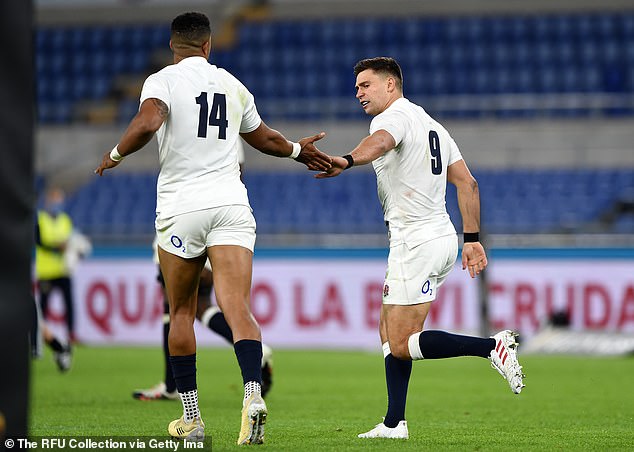 The 31-year-old has been on the scene since making his Test debut in Scotland in 2010 but after the crushing disappointment of last year’s World Cup in Japan has his sights set on France in 2023.

Leicester’s Youngs said: ‘I’m up for it, absolutely. All the hard work allows me to get the privilege for running out on a Saturday and that will never change.

‘I will be back out on Monday on the grind, it’s a great milestone, but certainly not one that will make me take my foot off the gas. I love being part of this group, it is exciting times. ‘I have had some unbelievable messages, people getting in touch from ex players, teammates, guys I have played against from other countries for years – that means the most to me as they know how hard it is to achieve it and getting that recognition from those boys means a lot.’

Youngs was given a gold cap as recognition of his milestone in an emotional presentation from head coach Jones and captain Owen Farrell.

He added: ‘I was very kindly given a gold cap, like a trophy. And an amazing watch from all the boys which was engraved – it was an incredible touch and something that I was not expecting.’ 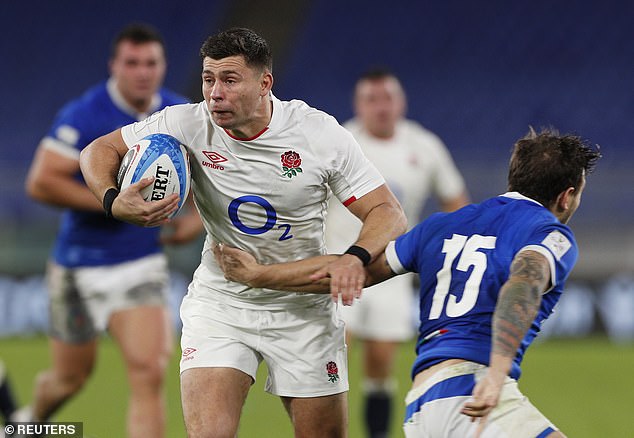 Youngs sparked England to life with an early try before Italy fought back and it was not until his second score after the break that the writing was on the wall for the hosts.

‘We always felt like it would be an arm-wrestle in the first-half, especially not having a game last week and them having one,’ he said.

‘We lost that energy battle a bit, lost a guy to the bin and we weren’t able to finish off a few driving mauls.

‘The second half we managed to put the game to bed fairly early – it was a grinding down process and we managed to get there in the end. We were also aware it would take a while to break their will and I was pleased we were able to do that.’

Are your shoulders being wrecked by yoga overkill, asks personal trainer RHIAN COWBURN