Initiative aims to naturalize 2 million permanent residents in the US. 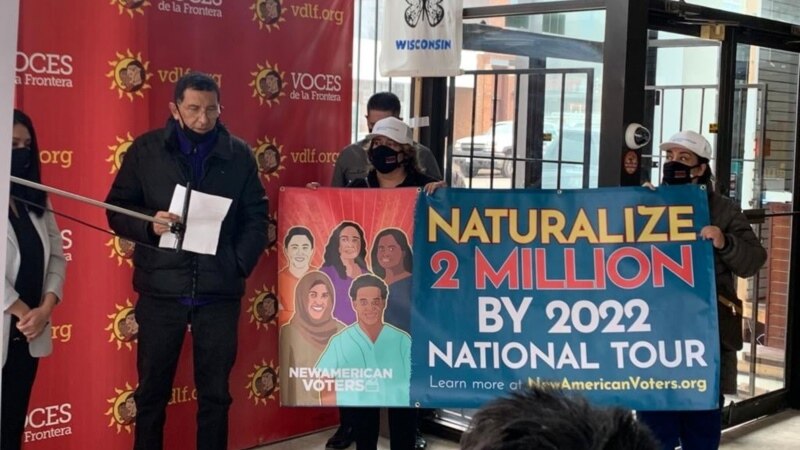 A coalition of organizations in Los Angeles launched a national tour to encourage California’s 2 million permanent residents to become citizens to vote and exert their influence in the midterm elections in the United Statesheld every two years in November.

Through the initiative called “Naturalize 2 million by 2022” they seek that people “mobilize and become citizens, not only to become citizens and help their families, but also so that they can get the vote in these middle elections. term,” explained Nancy Flores, deputy director of the National Association for New Americans, to Voice of America.

“This campaign sees naturalization as a strategy to increase democratic participation,” he adds.

Flores, who is promoting this initiative together with a coalition of cities and more than 50 pro-immigrant organizations, highlights the importance for the California project, which has a fund of 25 million dollars to help low-income permanent residents to carry out the naturalization procedures.

“This state fund is supporting immigrants to pay the naturalization fees that we know is a very big barrier for many people in our community,” says the deputy director.

The tour is making its way around the country with the help of mariachis and with personal stories from immigrants to encourage those who can start the naturalization process.

They have already made several stops, starting in Los Angeles, and have been to various cities in Texas, Wisconsin and Maryland.

Ramón Argandona is a naturalized US citizen and explained, through a Facebook Live during one of the stops on the tour, in Wisconsin, that he became a US citizen 15 years ago and for the last 15 he has voted in all local, state and federal elections. . “And I’ve also supported many campaigns, educating people that voting is very important. And it does count,” he added.

It is estimated that there are more than 9 million permanent residents in the United States who are eligible to become naturalized Americans, and more than 2 million of them live in California.

IOM: A third of Ukraine’s population has left their country | News reports

IOM: A third of Ukraine's population has left their country | News reports