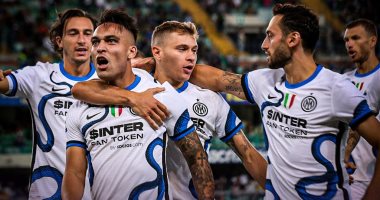 Inter Milan will host its counterpart Bologna at 6 pm today, Saturday, at the Giuseppe Meazza stadium, in the fourth round of the Italian League competitions for the current season 2021-2022, in a difficult meeting for the two teams.

Inter Milan enters today’s match and is ranked fourth in the Italian league table with 7 points, two points behind leaders Roma, while Bologna is in sixth place with 7 points as well, with a goal difference from Inter.

Inter Milan, led by coach Simone Inzaghi, is seeking to win today’s match, in order to be in the competition circle, and in order to seek to preserve the title he achieved last season under coach Antonio Conte, after an absence of 11 years.

Inter relies on the trio, Argentine Lautaro Martinez, and the newcomers, Hakan Calhanoglu and Bosnian Eden Dzeko, along with the two midfielders, Marcelo Brozovic and Nikola Barilla.

As for the Bologna team, it aspires to continue its strong start this season in the Italian League, especially after strengthening its ranks with a number of distinguished players, most notably Austrian striker Marko Arnautovic.

Today, also in the Italian league, the Genoa match against Fiorentina will be held at three in the afternoon, and the Atalanta team will visit Salerentana at nine in the evening.