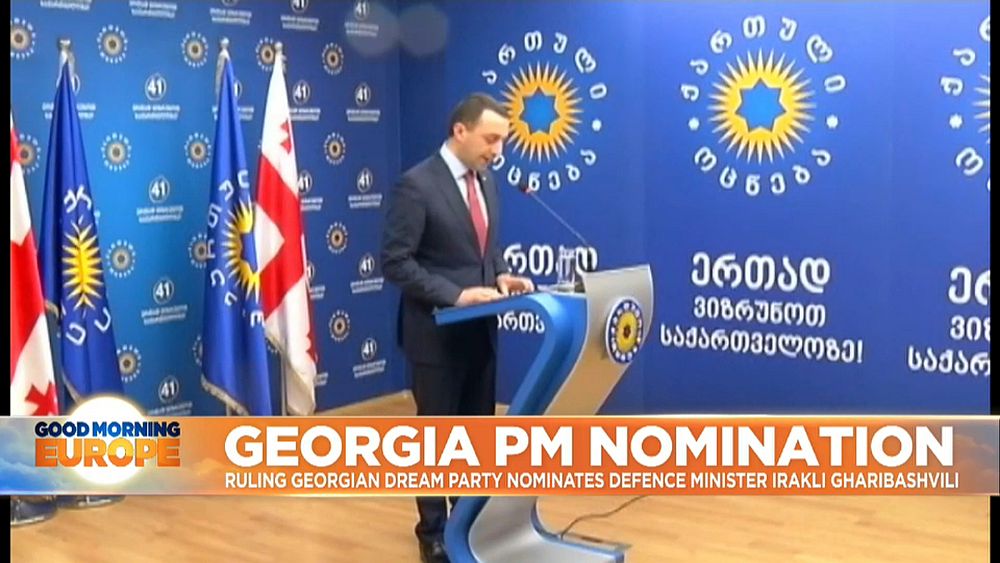 Former Georgia PM Irakli Garibashvili has been nominated to return to the role after the surprise resignation of Giorgi Gakharia.

Gakharia had only been in office a matter of months following an election last autumn that the opposition, United National Movement (UNM), refused to accept. It claimed there was vote-rigging and demanded a re-run.

The resignation came after a court ordered the arrest of UNM leader Nika Melia.

Gakharia, arguing the detention would intensify the country’s political crisis, had disagreed with members of his own team, prompting him to quit.

On Thursday, the ruling Georgian Dream party nominated Garibashvili to return as prime minister. He served in the post from 2013 to 2015.

“He [Garibashvili] resigned [in 2015] because of his policy failures but also due to widespread allegations of corruption,” Shota Utiashvili, a senior fellow at the Georgian Foundation for Strategic and International Studies, told Euronews. “Nobody expected him to come back to power.”

Listen to the full interview with Utiashvili in the video player, above.

Over ’20m years of life’ have been lost due to Covid, study claims

Over '20m years of life' have been lost due to Covid, study claims