The Chinese club Guangzhou announced that its coach, Fabio Cannavaro, left the club by agreement between the two parties, and the management of the Guangzhou club, the title holder, issued an official statement on social media to announce that Cannavaro had left the team by mutual consent.

Cannavar led the Chinese team for the second time and helped them win the Chinese Super League title in 2019 as well as second place in 2018 and 2020.

Italian defender Fabio Cannavaro is considered one of the most prominent defenders in history, and led his country to win the 2006 World Cup in Germany.

Here are the top 10 facts about Cannavaro:

1- Fabio Cannavaro won the Ballon d’Or as the best player in the world in 2006.

2- Cannavaro won the World Cup title in 2006 with the Italian national team.

3- Fabio Cannavaro played during his professional career with 6 clubs during 19 seasons, during which he scored 13 goals in 531 matches.

4- Cannavaro had a short professional experience in the Gulf with the Emirati team Al-Ahly Dubai.

5- Cannavaro was born in Naples and played for Napoli as a junior in what was the best period for the club’s history after Diego Armando Maradona joined.

6- Cannavaro made his Italian league debut on March 7, 1993 against Juventus FC.

7- Cannavaro coached many teams after his retirement, most notably the Chinese team and the Saudi Al-Nasr team.

8- On June 25, 2006, Cannavaro officially became part of the Real Madrid squad, and had previously obtained the number 5 of Zinedine Zidane.

9- Cannavaro did not receive any yellow or red card during the 2006 World Cup. 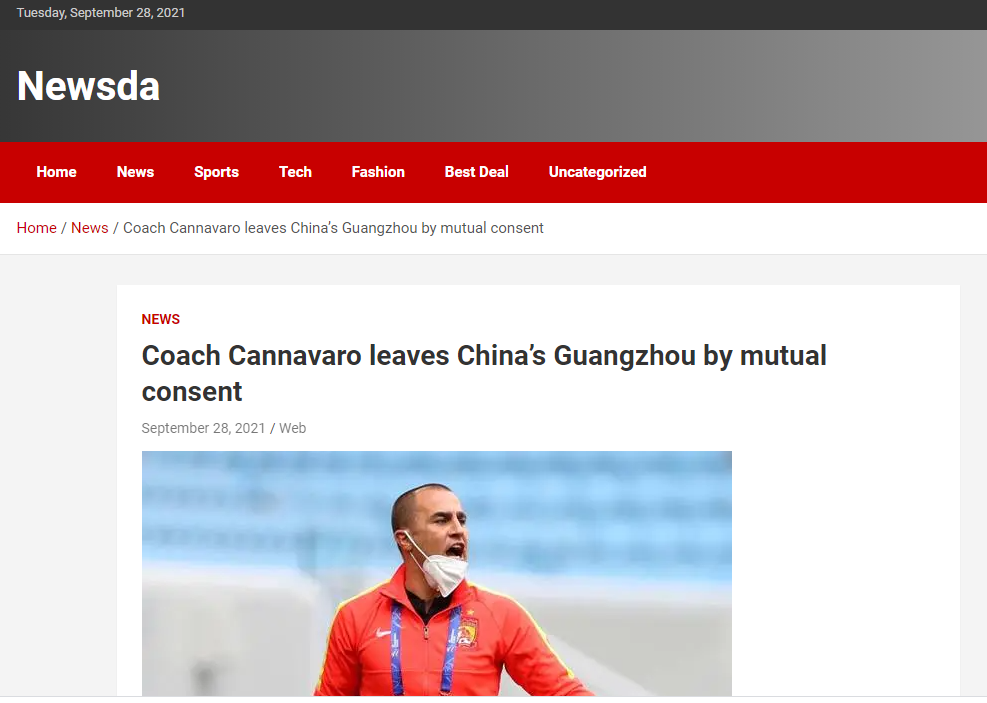