Joe Root was in the runs again as Team Buttler beat Team Morgan for the second time in England’s intra-squad Twenty20 match in Paarl on Monday.

Root made an unbeaten 45 from 26 deliveries in the company of Sam Curran, who smashed 45 not out from 18 balls.

Moeen Ali made a fighting 41 from 40 balls to rescue Team Morgan from 95 for eight to 139 for nine after Olly Stone had taken three for 12 to rip out the top order. Stone was the pick of the bowlers but, like Root, he is not in the T20 squad. 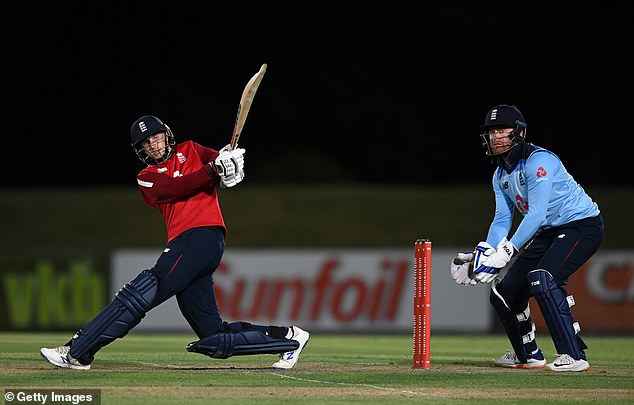 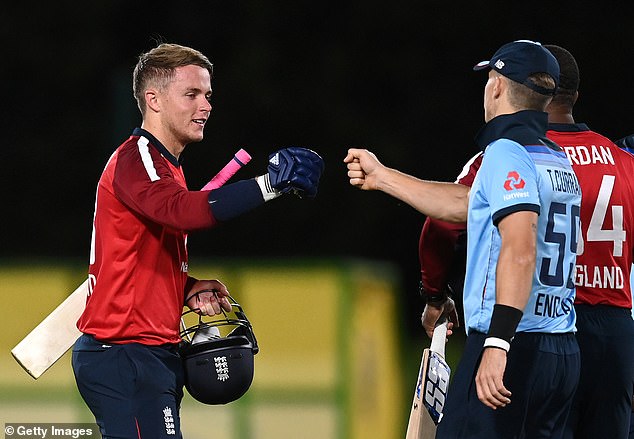 Meanwhile, England bowler Chris Jordan respects South Africa’s decision not to take a knee in the forthcoming series but believes the action remains effective in the fight against racial inequality.

Proteas head coach Mark Boucher this week said his team do not intend to perform the act of solidarity ahead of three international T20 matches and three one-day internationals against England.

Barbados-born Jordan said: ‘This situation is very individual. If that’s what them as an organisation believe in then I don’t think it should be judged from any point of view. It’s their personal decision.’

Asked if the gesture still has an impact, he replied: ‘Yeah, 100 per cent. But I am quite open-minded around the topic in terms of the different types of work that can be done. Obviously taking the knee is something very visual that people see, especially when they turn on sport.

‘But personally I am a big believer in a lot of the real conversations that are happening behind the scenes, especially amongst our group as an England team. We come from so many different backgrounds and the matter is at the forefront of everyone’s mind.’

The Wall Street Journal captures Bitcoin in its front page

The Wall Street Journal captures Bitcoin in its front page