‘We are not even in the race. We are just a pony’: Jose Mourinho dismisses Tottenham’s title chances despite returning to the top of the table with point at Chelsea

Jose Mourinho appeared to start the title race mind games by dismissing Tottenham’s championship credentials despite watching his team move back top of the Premier League.

The Portuguese branded Spurs as ‘ponies’ in the championship race even though their draw against Chelsea moved them above champions Liverpool at the summit.

When Mourinho managed Chelsea in 2014, he famously described his side as a ‘little horse’ in the title race. 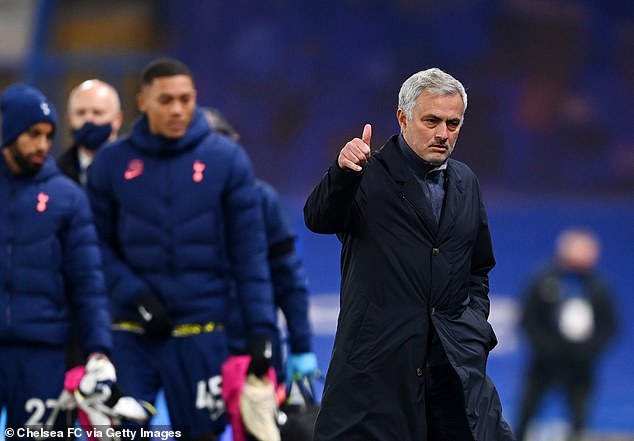 But despite starting their second successive week at the top of the table, the Portuguese said: ‘We are not even in the race. We are not a horse.

‘I don’t know what the word is. We are the small, young horses. We are just a pony.

‘Joe Rodon was playing for Swansea (last season). Thiago Silva was for many, many years and still is one of the best centre backs in the world. Maybe one month of Thiago’s salary will pay Joe for a year. 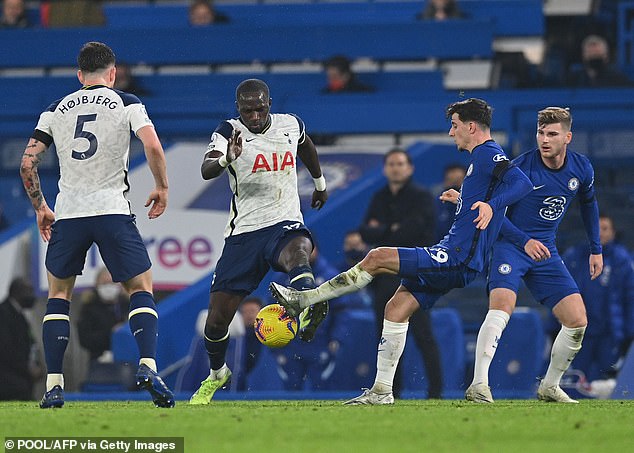 ‘They [Chelsea] are one of the biggest contenders, there is no doubt about that.

‘I believe that for them it is not a problem at all to be two points behind us and Liverpool, I think.

‘They know how powerful they are and the squad that they have. And they know that this is a long season. They also know that Tottenham is not a candidate.’ 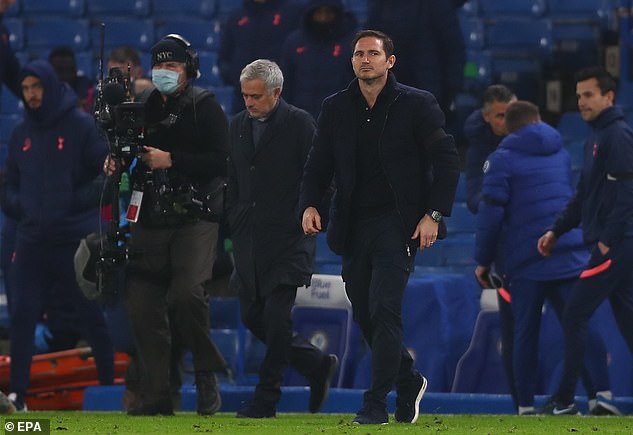 ‘Jose can say it how he sees it, but if we are contenders, then they have to be,’ said Lampard.

‘Any team with [Harry] Kane and [Heung-min] Son would expect to be in the race. They had [Gareth] Bale on the bench and Dele Alli wasn’t even here, so they have plenty of quality in their squad.’

In addition to their disagreement over Tottenham’s title challenge, the managers’ opinions also differed over which team set-up for a draw.

Mourinho said: ‘I don’t remember coming to Chelsea, or when I was here with Chelsea, and an opposite goalkeeper only having to make one save, a great save from Hugo Lloris, from a long distance shot. 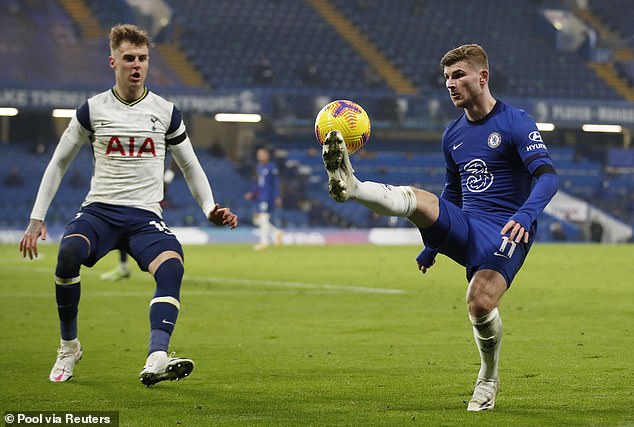 ‘Both teams wanted to win, but both did not want to lose and you saw that with the changes they made going player by player. They didn’t take risks and didn’t commit as many players to attack as they normally do.

‘I don’t want to say fear, responsibility is a better world . They wanted to win, but they did not want to lose and the same way I give them credit, they also respected us.’

Lampard, however, believe his team did more to secure a win the London derby, adding: ‘I thought we dominated large parts of the game and we did really well at nullifying their counter-attacking threat.

‘It was what we expected from them because we know the style of their manager and how they tend to play. There was only one team trying to win it at the end.’ 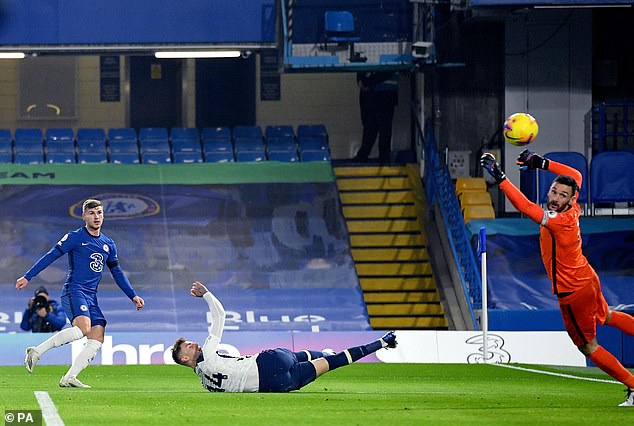