Sir Keir Starmer today vowed to ‘make Brexit work’ and insisted he and the Labour Party are ‘patriotic’ as he set out his vision for running the country.

The Labour leader took repeated aim at Boris Johnson in a major New Year speech as he looked to take advantage of the Prime Minister’s difficult last few months.

Sir Keir, who backed Remain at the 2016 EU referendum, criticised the PM’s handling of Brexit as he said he would ensure the UK can ‘profit from our strong global relationships’.

He defended his credentials as a patriot as he said ‘I don’t think you cease to be a patriot because you notice your country has flaws’.

He also fired a broadside at Mr Johnson over the cost of living crisis as he claimed the Government’s ‘incompetence is becoming plain’.

Sir Keir started 2022 with his party ahead of the Tories in a series of recent opinion polls, after Mr Johnson suffered a bruising December with 100 of his MPs rebelling over coronavirus restrictions, a row over Downing Street parties and the North Shropshire by-election loss.

A new poll by Redfield and Wilton Strategies published today showed the Conservatives have rebounded and are now three points behind Labour. 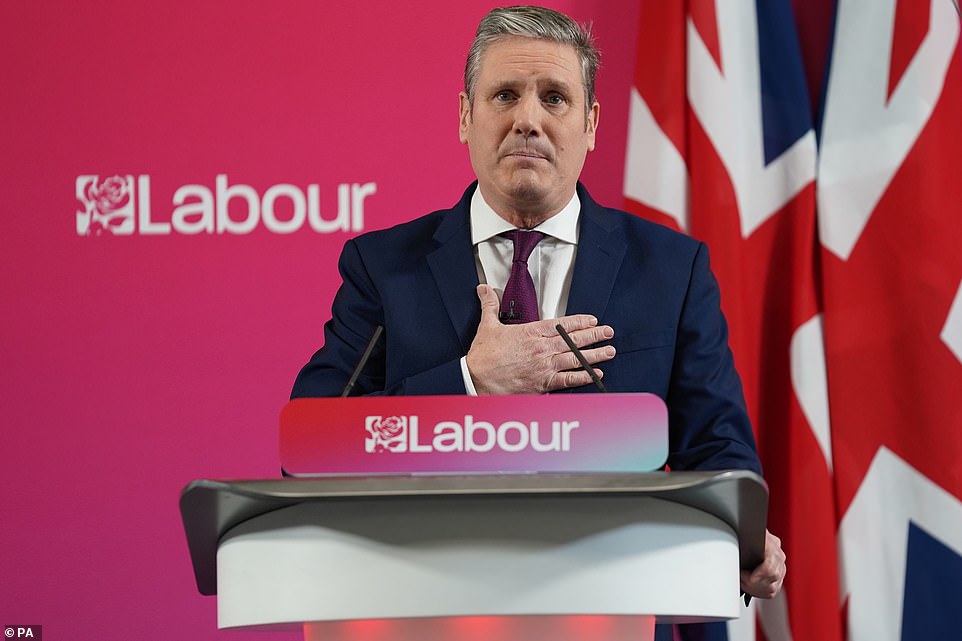 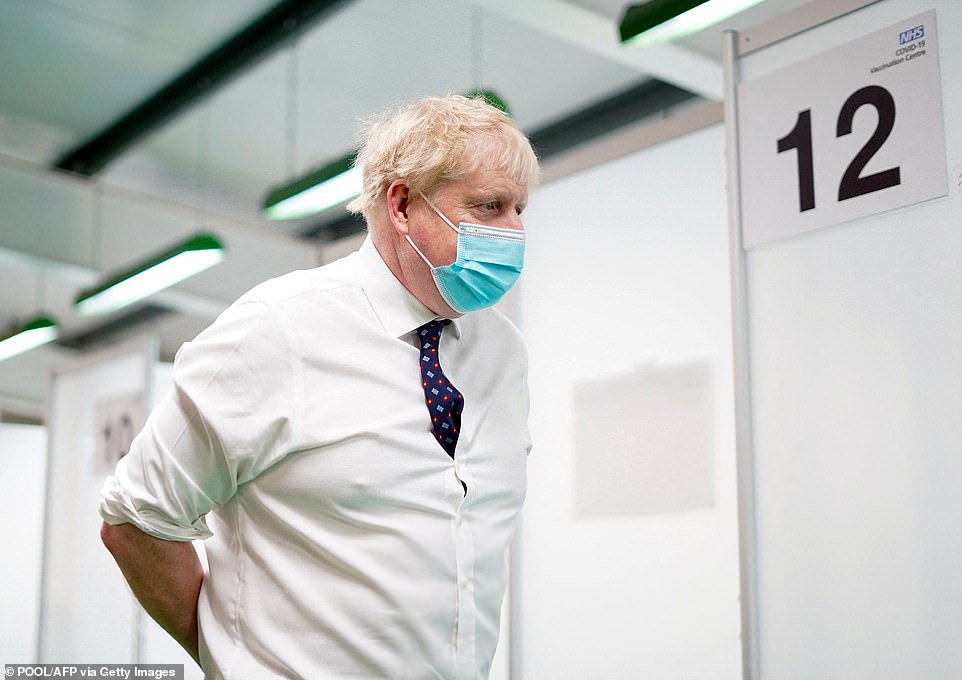 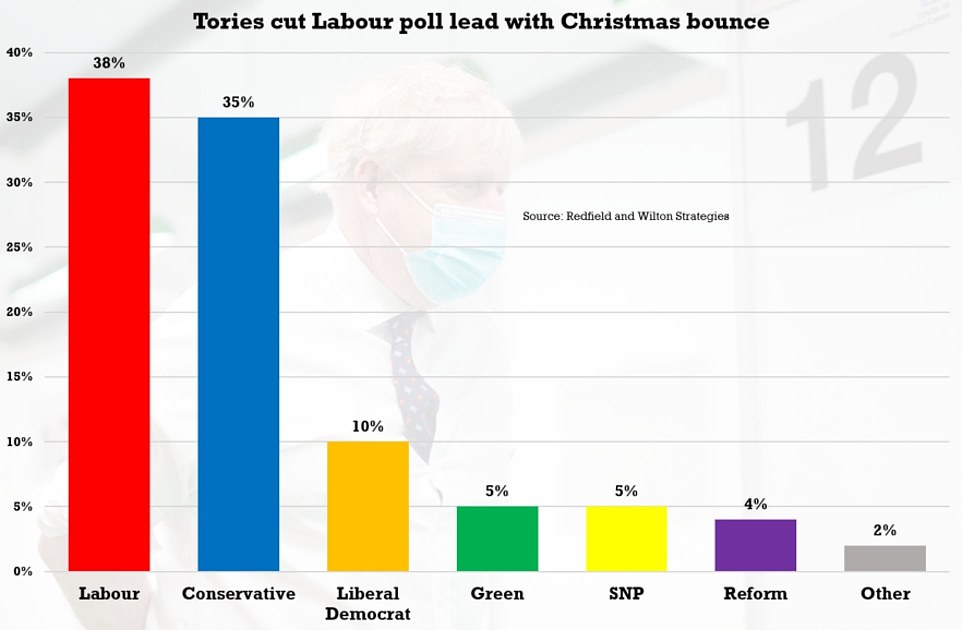 Setting out a new ‘Contract With The British People’, Sir Keir said: ‘I think that as we begin this new year, Britain has entered a new phase.

‘Because just as the Government has revealed itself to be unworthy of your trust, its incompetence is becoming plain.

‘The cost of living is increasing. Energy bills are going up; wages are stagnant. Tax rises are coming in April. Too many people do not feel safe in their streets. And good luck to anyone trying to get a quick GP appointment.

‘I want to start the new year by making a pledge of straight leadership. Today I want to introduce my Contract With The British People.

‘This will be a solemn agreement about what this country needs and how a good government should conduct itself.’

The Labour premier said that ‘just because the Tories lose the public’s trust it doesn’t mean Labour simply inherits it’ because ‘trust has to be earned’.

Sir Keir said the ‘first clause’ in his new contract with the nation is ‘a binding commitment about decency and standards in public life’.

Pointing to the so-called Nolan principles of selflessness, integrity, objectivity, accountability, openness, honesty, leadership, he said: ‘My solemn promise to you will always be to run a government that honours these principles.

‘I have a very clear idea of what a Labour government would look like. And in 2022 I want to take my plans to the British people.’

Sir Keir said the contract will be based on the three principles of security, prosperity and respect, and he will hold a series of events in the coming months to ‘persuade people to sign up to this new Britain that we can create together’.

On the first issue of security, Sir Keir said Labour would deliver everyone the ‘basic right to feel safe in their own community’, to ensure the NHS is ‘there for us when we need it, and that ‘if we work hard we should also have a right to job security’.

On prosperity, he said that ‘everyone should have the opportunity to thrive’, to ‘realise our ambitions’ and to ‘have the skills we need to prosper’.

And on the issue of respect, he said that respect is ‘every bit as important’ as security and prosperity, and ‘everyone has the right to live in places we care for and to have our lives and ambitions taken seriously, to be valued for who we are and what we do’.

Meanwhile, on Brexit, Sir Keir said he is ‘determined that Britain should profit from our strong global relationships’ as he criticised Mr Johnson’s approach.

‘That means not just getting Brexit done but making Brexit work,’ he said.

Sir Keir delivered the speech in front of a large Union flag and he used the address to try to cement his ‘patriotic’ credentials.

He said he wanted to use the speech to ‘celebrate the country we live in’ as he said criticising and opposing the Government ‘can make us sound pretty miserable’.

He said: ‘This country has presented me with great opportunities. It’s a great place to live. But I don’t think you cease to be a patriot because you notice your country has flaws.

‘On the contrary, the reason we in this party want to correct those flaws is precisely because we are patriotic.’

NBA: Infidelity and the skirt thing in the NBA with the Kardashian clan in the background: “You don’t deserve this pain and humiliation”

Ethiopia.. Churches of the historic city of Lalibela | Software

The Covid-19 pandemic is far from over, the World Health Organization's chief said Tuesday, cautioning against a narrative that the the Omicron variant is risk-free.'This pandemic is nowhere...

Ethiopia.. Churches of the historic city of Lalibela | Software

The one lesson I’ve learned from life: Shepherdess Amanda Owen says never take no for an answer

An Indian woman was surprised when she gave birth to quintuplets at the moment of her birth.. Video and photos