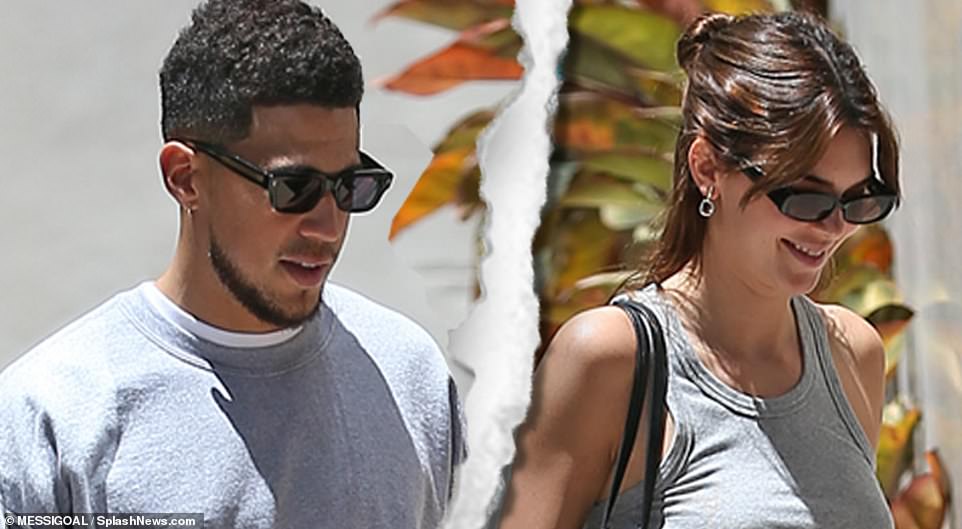 Kendall Jenner has allegedly split from her NBA boyfriend Devin Booker after approximately two years together. However a source divulged to Entertainment Tonight that there is some possibility the pair will patch up their romance. ‘Kendall feels like they’re on different paths,’ an insider said of the 26-year-old reality star, who first took up with Devin in 2020. 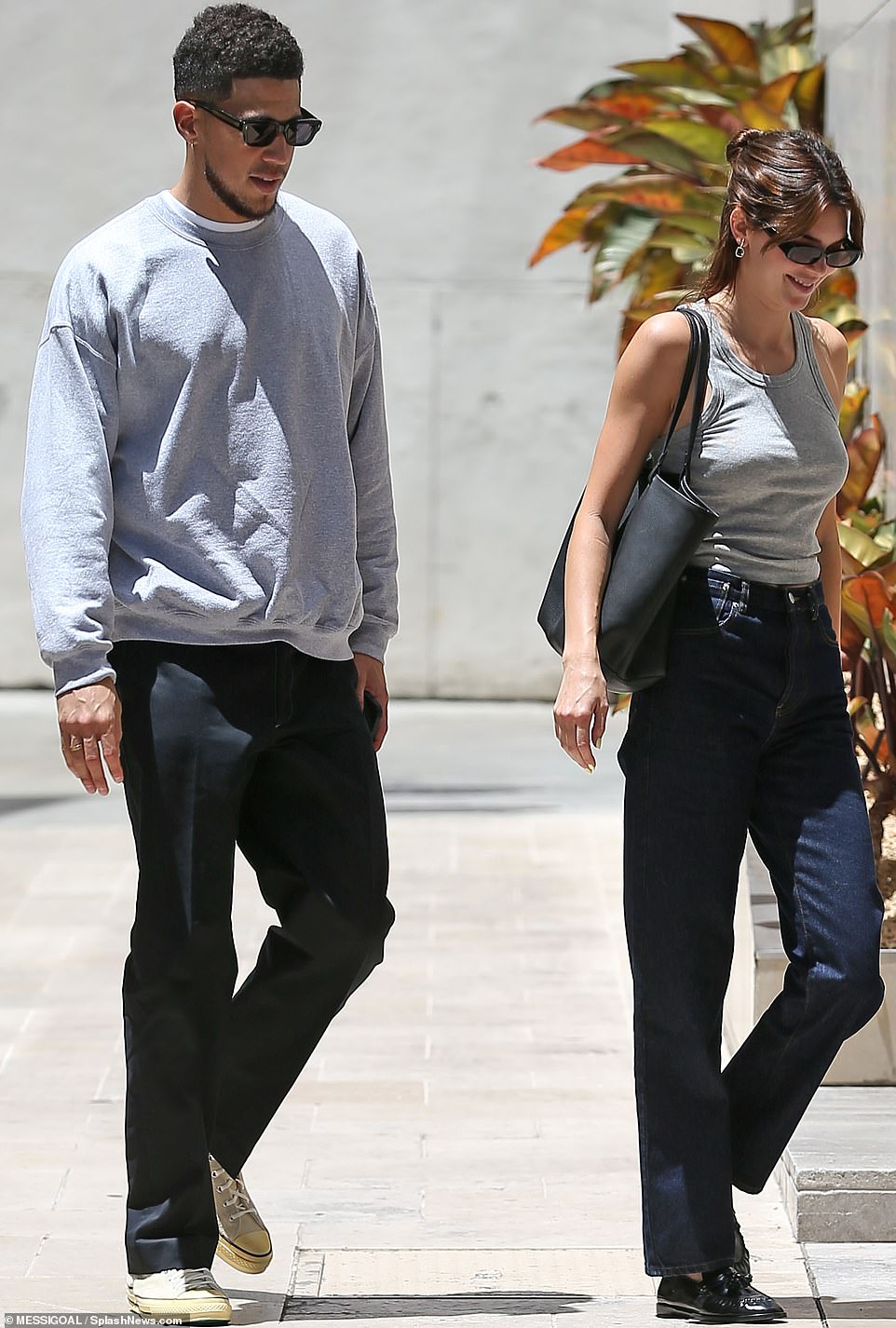 Another source spilled that Kendall and Devin ‘have had discussions about their future but they are not on the same page.’ On an episode of The Kardashians that aired earlier this month, Kendall spilled that she felt ‘like the day is coming for me’ to have children. The episode showed Kendall shopping for a gift for her little sister Kylie Jenner, 24, who was pregnant at the time with the son she gave birth to in February. Pictured: Kendall and Devin are pictured last month. 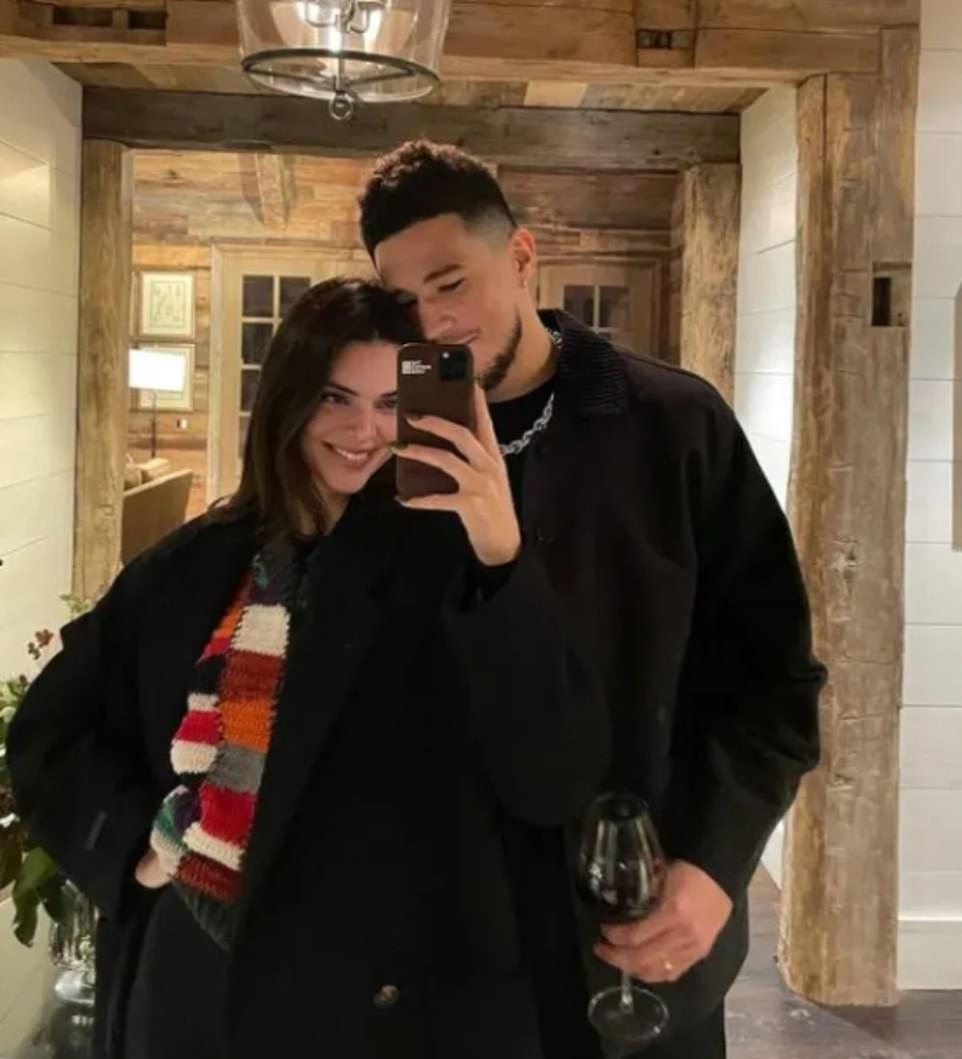 Kendall, on the other hand, is the last of Kris Jenner’s six children not to have become a parent herself yet. Devin, who plays for the Phoenix Suns, became involved with Kendall over the summer of 2020 but they only went Instagram official on Valentine’s Day 2021. ‘What first seemed like a fun hookup, is now a relationship. They are exclusive and Kendall is very happy with Devin,’ a People insider gushed that month. 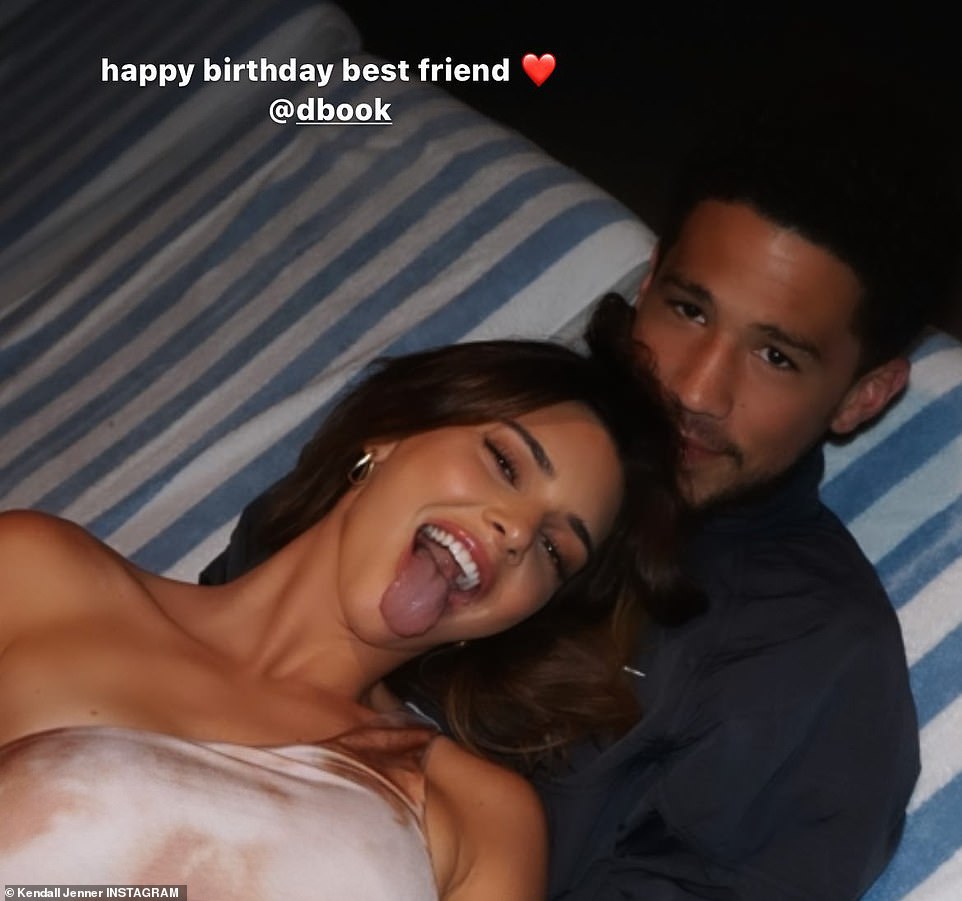 ‘This is the happiest Kendall has ever been in a relationship. She and Devin started out slowly, but have dated for about a year now,’ said a People insider that April. The source insisted it was ‘obvious that they have something special going on’ despite how ‘private’ Kendall is ‘about their relationship.’ Pictured: The loved-up pair pose for a picture on Instagram. 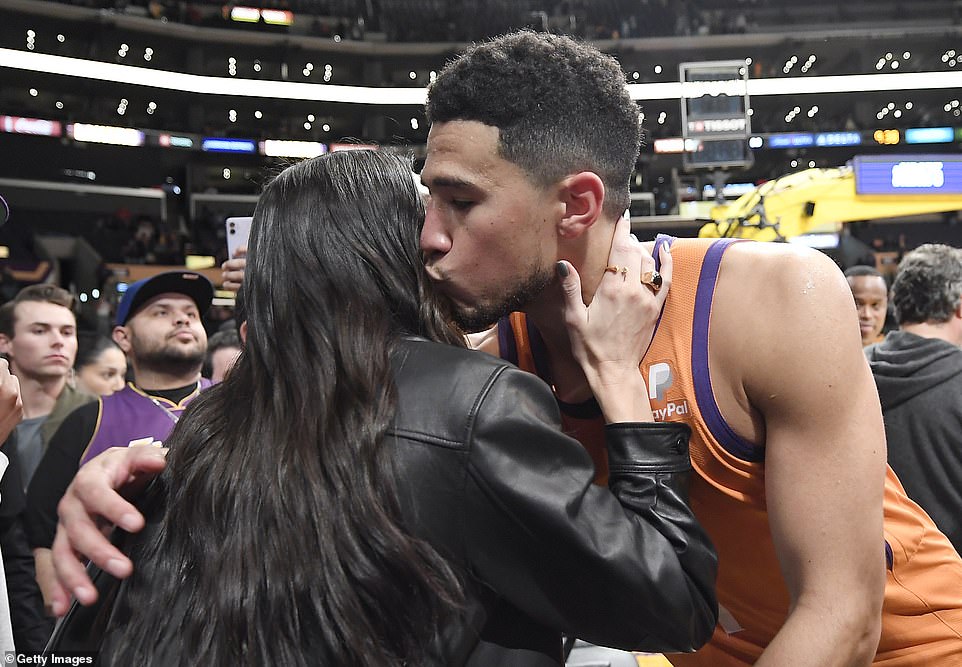 Devin (pictured at a game in October last year) touched on his personal life while chatting with the Wall Street Journal this March and sharing how happy he is in general. ‘I’m enjoying life to the fullest, and that came off my tongue so easily because it wasn’t always this way, but I feel like I’m in a good place right now,’ he said. ‘I love my family, I love the people around me, and I love the impact that I get to have on this world, the younger generation under me and the kids who look up to me.’ 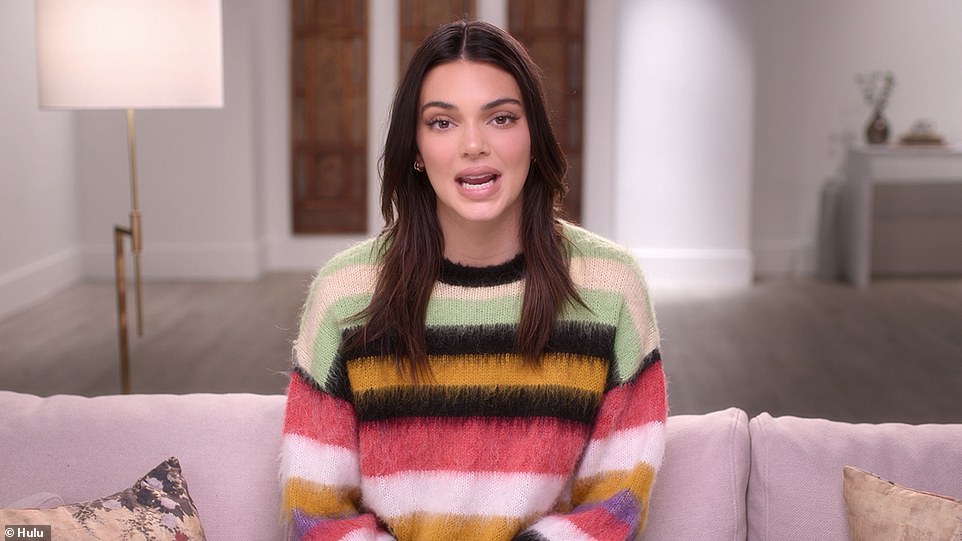 That same month an E! News insider disclosed: ‘Kendall and Devin’s relationship is going strong, but they are in no rush to settle down and tie the knot.’ The source alleged: ‘Kendall is not a conventional or traditional type of girl and doesn’t even care about having a huge elaborate wedding. She is very much content with how things are with Devin right now.’ 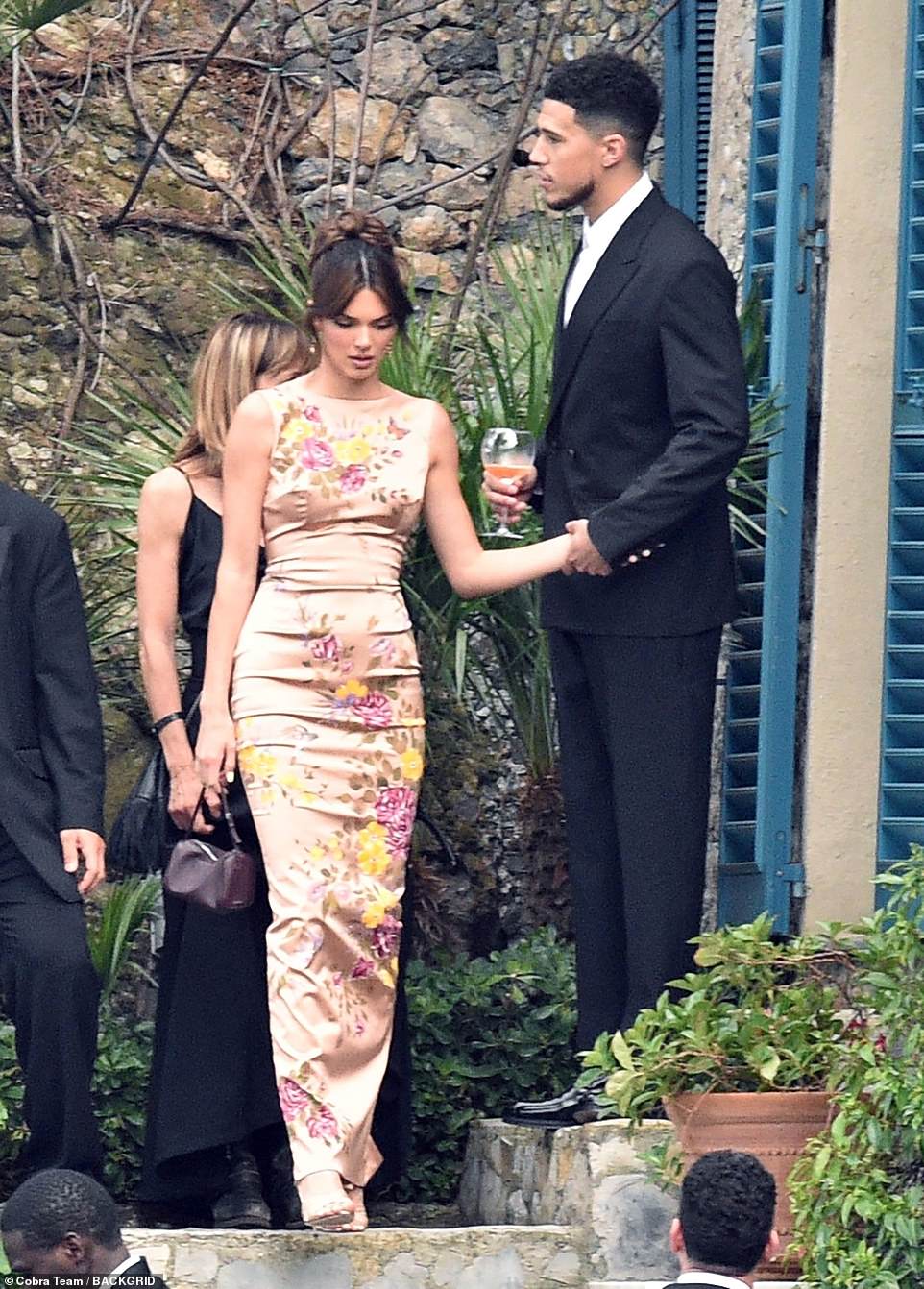 Then last month Devin was Kendall’s date to the lavish Italian wedding of her elder sister Kourtney Kardashian, who is now married to Blink-182 drummer Travis Barker. Pictured: The pair at the wedding. 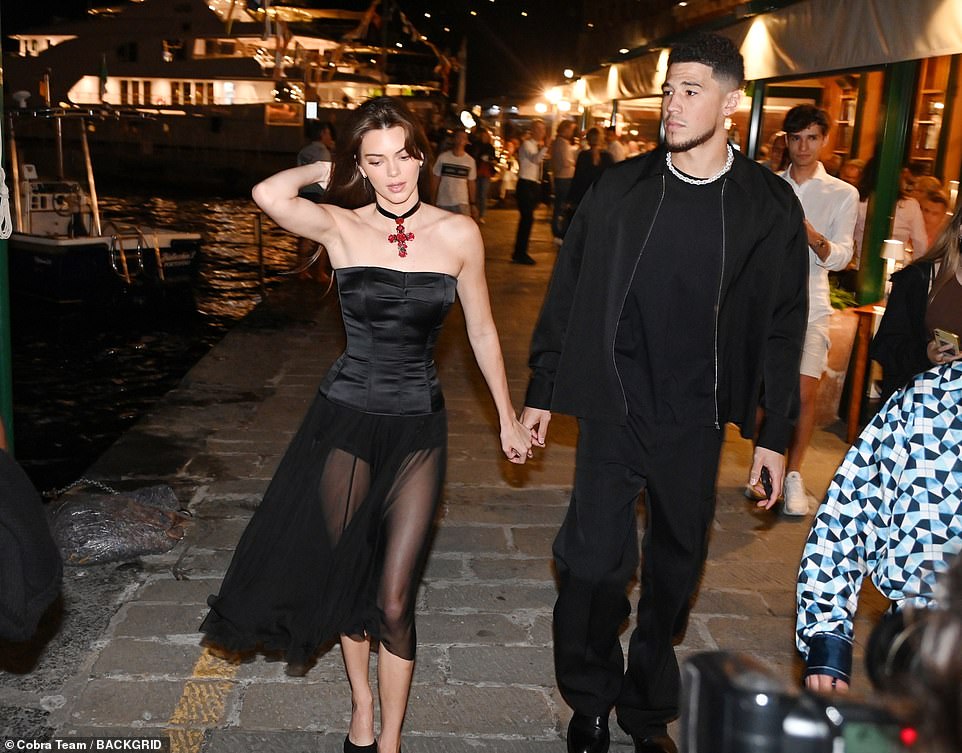 At the moment Kendall has 20 nieces and nephews – two via Kylie, nine through their Kardashian half-siblings and another nine by their Jenner half-siblings. Kendall’s father is the transgender former Olympian Caitlyn Jenner, who also has a whopping six children including reality TV dreamboat Brody Jenner. Brody and Kendall are now the only two remaining members of Caitlyn’s biological brood not to have given her grandchildren. Pictured: Kendall Jenner and Devin Booker at Kourtney’s wedding in Portofino.

NBA: The Cavaliers give command to Darius Garland with a contract for five years and 231 million

Gloria Estefan with Jennifer Lopez and Shakira at the Super Bowl? This the singer said

Que Stephen Curry he's one of the best shooters in NBA history no one can argue with. One day and another too shows to have a prodigious grimace...

Just two weeks after Kendall Jenner and Devin Booker decided to call it quits and go their separate ways, the former couple were reportedly spotted hanging out together...

NBA: The Cavaliers give command to Darius Garland with a contract for five years and 231 million

Darius GarlandAll-Star guard of the Cleveland Cavaliersagreed to an extension of his contract for the maximum possible designated for a rookie for five years and $193 millionwhich could...

Tony Parkerlegendary point guard for the San Antonio Spurs and the French national team, was on the last program of 'We like basketball'in which I attended Benjamin Laguerre...

Aussie NBA star Patty Mills kicks off bidding war by opting out of $9MILLION deal with the Brooklyn NetsPatty Mills declined his $9million player option with the NetsAustralian...