Barcelona welcome arch rivals Real Madrid to the Nou Camp in the first Clasico of the season on Saturday.

Both sides head into the clash following defeats last time out in the league.

As the countdown to the Clasico continues, Sportsmail looks at five battles that could decide Barcelona and Real Madrid’s first duel of the season.

The captains could be more in contact than ever providing Ramos comes through a late test on his knee and Messi starts at false nine as he has done for most of the season so far.

No two players have played this fixture more often. Ramos has been in 44 Clasicos and Messi 43. Ramos was brilliant in the run-in last season as Real Madrid won the league but was at fault for the goal that beat Real Madrid last weekend.

Messi is running more than ever but scoring fewer goals – especially from open play, his last three have come from the spot. he has also not scored against Madrid since 2018. Both are past their absolute best but both are still inspirationally brilliant and if either dominates the other then their team has the game half won. 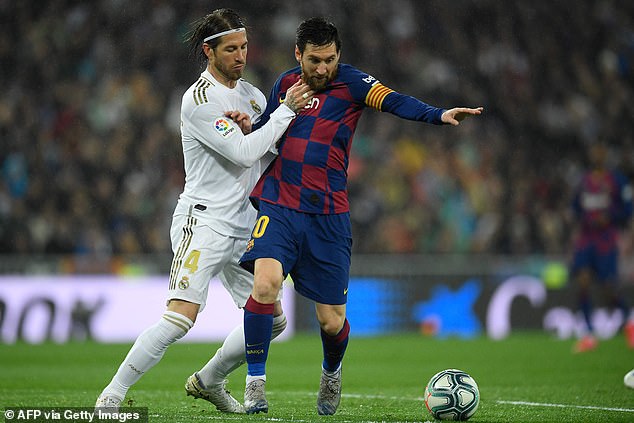 It was cutting in from the left and scoring with a right foot shot that Vinicius settled the Clasico that went a long way to deciding last year’s title race. Sergio Roberto was not available for the game but ought to start on Saturday.

There is not much competition at the moment but Vinicius is probably Madrid’s brightest star and the player most likely to hurt the opposition.

If Roberto is picked ahead of 19-year-old Sergino Dest he will need to justify that selection with a solid performance against the Brazilian winger. 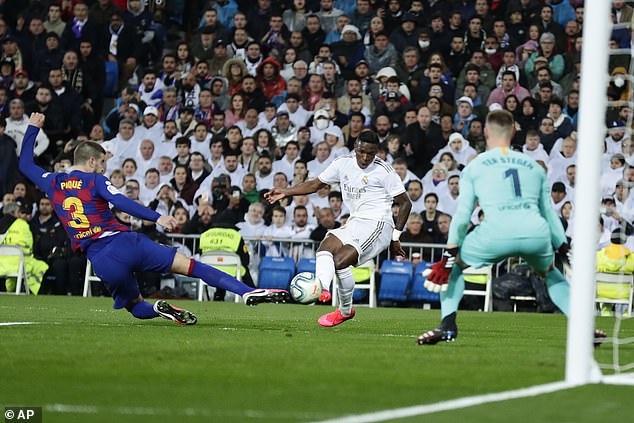 Barcelona’s Brazilian has started the season in much better form than his international team-mate.

Coutinho has scored twice and looked like his old Liverpool self. Casemiro has been surprisingly off the pace and was bypassed in the build-up to Shakhtar Donetsk’s third goal on Tuesday.

When Madrid’s holding midfielder is at the top of his game there is no one better in that position. He will need to produce his best performance for a while to stop his compatriot. 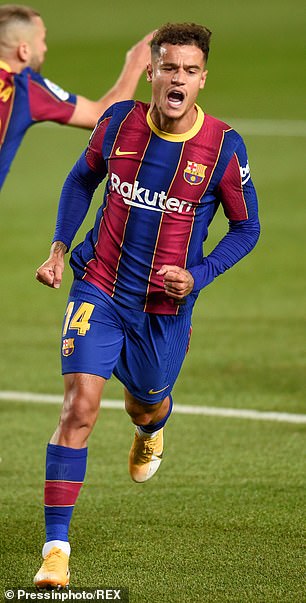 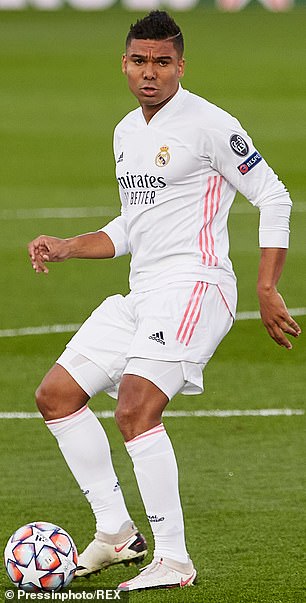 Real Madrid’s Uruguayan midfielder would have scored a late equaliser on Tuesday had it not been for VAR ruling that Vinicius had been offside and blocking the goalkeeper’s view.

He lifted Madrid against Shakhtar and should start at the Nou Camp. Madrid have become horribly predictable so they will need a couple of his surging runs from deep. Frenkie de Jong will need to pick him up when he bursts forward and produce a couple of his own attacking incursions.

These two are the future of their respective sides midfield but both have had difficult starts to the season with the Dutchman criticised for under-performing and Valverde struggling to make the starting line-up. 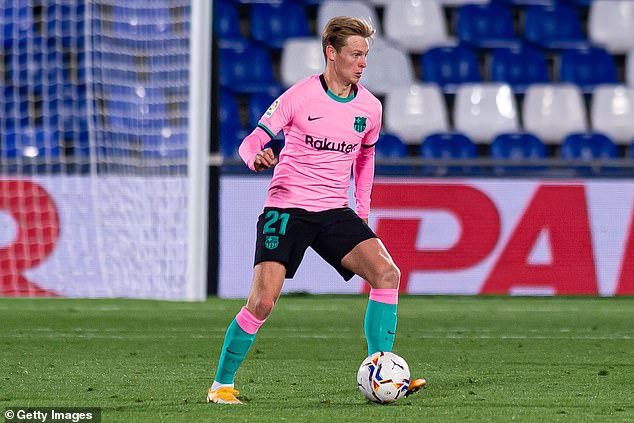 The battle of the benches could end up deciding things. Barcelona are likely to have the fast improving Ousmane Dembele plus the impressive 17-year-old midfielder Pedri and Portuguese winger Francisco Trincao.

Real Madrid are currently less blessed but Rodrigo Goes could make a difference and Marco Asensio can settle a tight game with one piece of magic. Miralem Pjanic can also make a difference for Barcelona, especially if they are ahead and need to keep the ball late on.

Luka Jovic needs a goal to boost his confidence. A late winner at the Nou Camp could change his entire Real Madrid career.