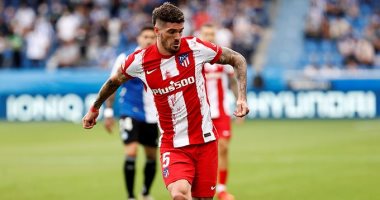 Atletico Madrid suffered their first loss in the current edition of the Spanish League against Deportivo Alaves, in the match that brought them together at the Mendezorosa stadium in the seventh round of La Liga.

The Argentine coach Diego Simeone, Atletico Madrid, played the match with a formation consisting of:

With this result, Alaves achieved his first victory in the tournament, raising his score to three points in the nineteenth and penultimate place, while Atlético Madrid’s balance stopped at 14 points in second place, while Real Madrid leads the competition with 16 points.

Real Madrid will play, at nine in the evening, Saturday, a difficult match against Villarreal in the seventh round of La Liga, at the “Santiago Bernabeu”.