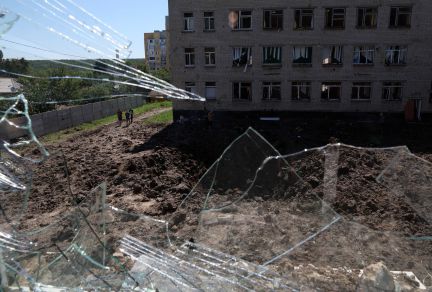 What has happened in the last hours

The G-7 promises “indefinite support” for Ukraine and approves new sanctions on Russia. The leaders of the G-7 have promised this Monday “all the support that is necessary” and “as long as it is necessary” to Ukraine, while they have approved new sanctions against Moscow, in addition to warning that they do not rule out “other options” against Russia. “We have decided to extend the sanctions to further restrict Russia’s access to key technologies and industries and other resources,” said the statement issued by the German presidency of the G-7.

Zelensky asks the G-7 to “do their best” so that the war ends before next winter. The president of Ukraine, Volodímir Zelenski, in his telematic intervention at the G-7 summit, has stated that he wants the war to end by the end of the year, before the winter begins, according to what two European Union officials have explained to the Reuters news agency. Zelensky has called on the G-7 leaders to “do their utmost” to end the conflict and to support the reconstruction of Ukraine. “It will be the biggest economic project of our time,” he has said.

NATO will agree at the Madrid summit to double the troops in the Eastern countries in the face of the Russian threat. The Secretary General of NATO, Jens Stoltenberg, appears this Monday at the Alliance headquarters in Brussels, before the Atlantic Alliance summit begins in Madrid, which is held on Wednesday and Thursday: “Our summit this week in Madrid will to be transformational, and will include many important decisions, including the new strategic concept for a new reality”, says Stoltenberg, who also adds that aid to Ukraine will be strengthened for now and for the future. “The allies will consider Russia as the greatest and most significant threat to our security,” says Stoltenberg, who has announced that the Madrid summit will raise the NATO battalions deployed in Eastern countries to the “brigade” level. Stoltenberg will meet tomorrow with the leaders of Turkey, Sweden and Finland to discuss Ankara’s veto of these countries’ bid to join NATO.

The Mariupol authorities denounce the discovery of another 100 bodies of civilians. Another 100 civilian bodies have been found in the rubble of several buildings bombed by the Russian Army in the Ukrainian coastal city of Mariupol (southeast), now under Moscow control. Petro Andriushchenko, advisor to the mayor of Mariupol, has reported on his Telegram account the discovery of the bodies in this city, which already has new authorities imposed by the Russians.

The governor of Lugansk asks the residents of Lisichansk to leave the city. The head of the Lugansk military administration, Sergei Gaidai, on Monday asked the residents of Lisichank, in eastern Ukraine, to leave the city, the last stronghold of the Ukrainian resistance in the province and the scene of fierce fighting after the takeover from neighboring Severodonetsk. “The situation in the city is very difficult!” Gaidai writes in a message on the Telegram network.

The Kremlin suspends foreign payments for the first time since the Russian Revolution. The last time the country had defaulted on its foreign debts was during the Russian Revolution, when the Bolsheviks refused to recognize the Tsar’s obligations in 1918. More than a hundred years and the collapse of the Soviet Union later, The Government of Vladimir Putin has incurred in a new suspension of payments that is more symbolic than effective, since the nation had already been marginalized by a large part of the international financial markets since the offensive on Ukraine began and, with it, an avalanche of sanctions.

In the picture, of Leah Millis for Reuters, a school destroyed by bombing in Kharkov on Monday.