Liverpool motivates Mohamed Salah before tomorrow’s match: We are waiting for the 100th goal against Leeds

The official account of the English club Liverpool, on Twitter, stimulated the Egyptian team’s star, Mohamed Salah, before the Reds meet tomorrow against Leeds United, as part of the fourth round of the English Premier League, to continue the competition for the top spot in the Premier League. 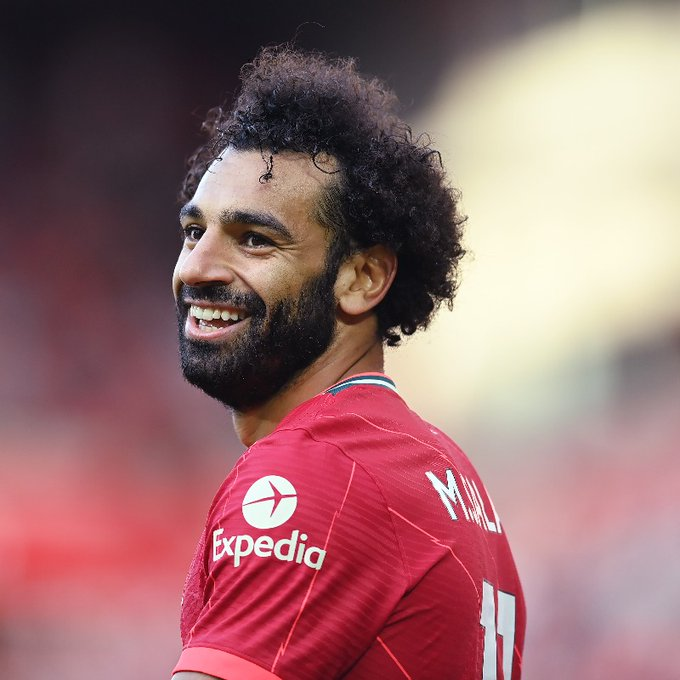 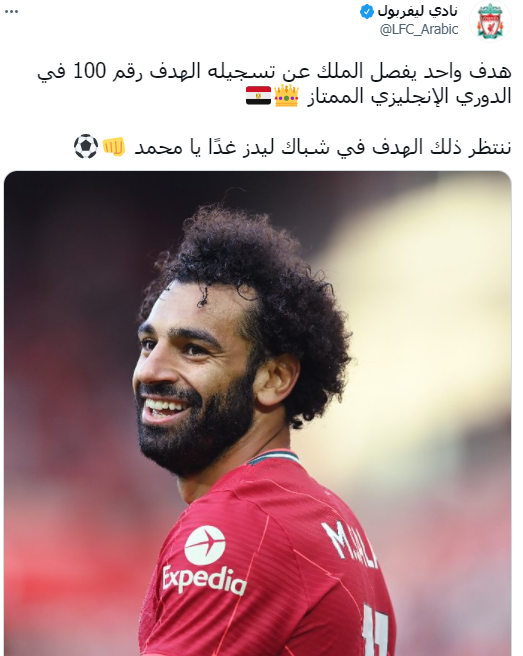 The Egyptian star, Mohamed Salah, player of the Liverpool team, topped the list of the most prominent records expected against the Reds and his counterpart Leeds United, which will be held at five thirty in the evening, Sunday, at the “Island Road” stadium, as part of the fourth round of the English Premier League competition “Premier League”. For the current season 2021-2022.

Mohamed Salah needs to score a goal against Leeds to reach the 100th goal in his Premier League career, as Salah scored his 99th goal in the Premier League in the last meeting against his former club Chelsea at Anfield, with whom he also scored two goals in the competition during the 2013-2014 season..

And the official website of the Liverpool club stated that if Mohamed Salah scored against Leeds United on Sunday in his 162th match in the English Premier League, Salah would become the fifth fastest player to reach 100 goals in the Premier League..

And the statistics published by the site added that Mohamed Salah managed to score 16 goals in the last 20 matches he played outside the ground in all competitions.