Sportsmail understands United remain in dialogue over a deal for the England defender having had an opening offer reportedly in the region of £10m rejected last week.

The 30-year-old – who won LaLiga with Diego Simeone’s side in 2020-21 – is one of Ole Gunnar Solskjaer’s key summer targets but BBC Sport claim his current price tag is not one the Old Trafford side are willing to stump up. 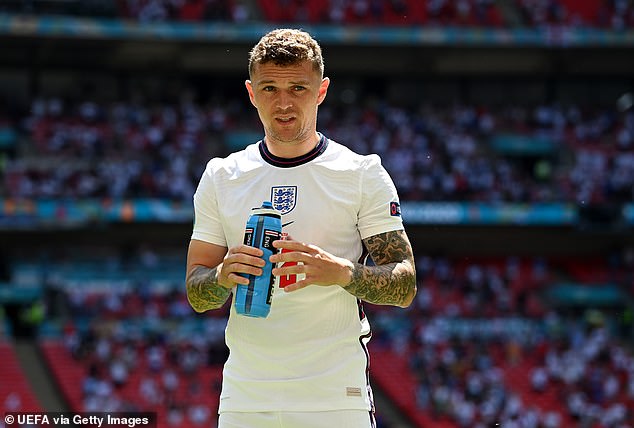 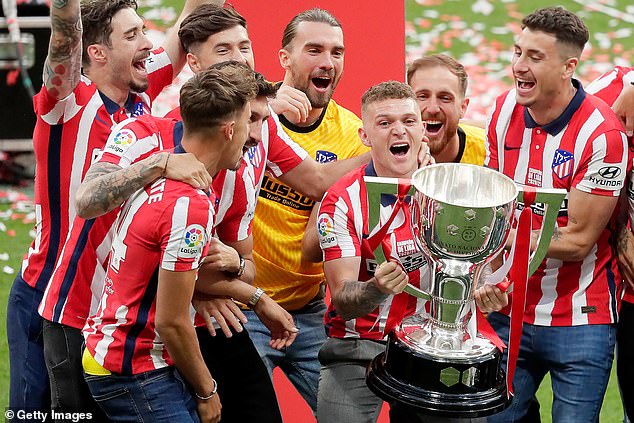 The report claims this reticence – despite Solskjaer’s admiration of his versatility and desire to provide competition for Aaron Wan-Bissaka – stems from Trippier’s age and the fact he has just one year left on his contract at the Wanda Metropolitano.

The same outlet claims Trippier – who played at left-back in England’s Euro 2020 win against Croatia on Sunday –  is keen on a move to United, with reports earlier this month claiming he told international team-mates of his interest in joining the club.

A transfer to the Red Devils would see the Bury-born star join his family in the north west of England, but he is reportedly unlikely to demand a move away from the Spanish champions. 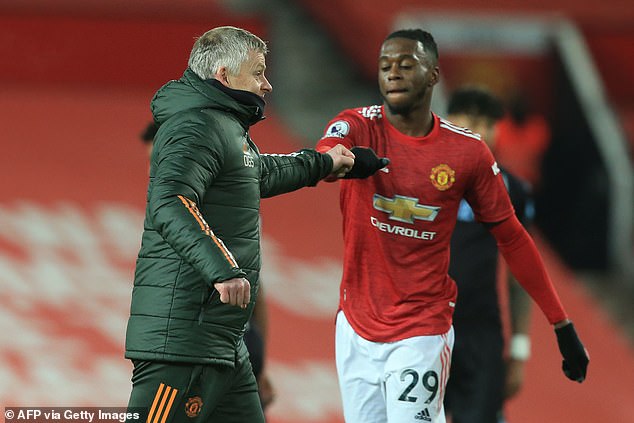 Trippier became a key member of the squad under Simeone and played a total of 28 LaLiga games in 2020-21.

Sportsmail also understands talks are continuing between United and Borussia Dortmund over a deal for Jadon Sancho.

The Old Trafford club had a £67m deal rejected last week for the 21-year-old England winger, with the Bundesliga giants unwilling to budge on their £80m valuation.

Talks are ongoing but all parties are wary of it turning into another saga this summer with Dortmund wanting business tied up by July 23 when their squad comes together for pre-season camp. 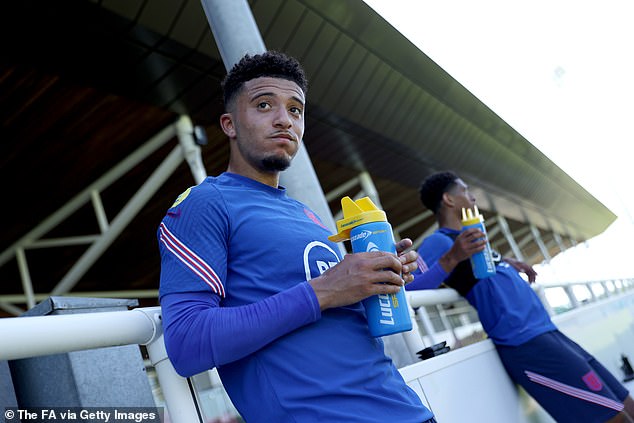 Sancho was close to sealing a £100m move to Old Trafford last summer but in the end United refused to stump up the money and the winger stayed in Germany.

But now Dortmund have an agreement with Sancho that he can leave once his valuation is met and the Bundesliga side are reportedly convinced United chief executive Ed Woodward will cave in and pay the full amount.

Sancho is currently with the England squad at Euro 2020 but was surprisingly left out of the team entirely for Sunday’s 1-0 victory against Croatia.

Speaking last week, Sancho revealed his England team-mates have been grilling him about his future. 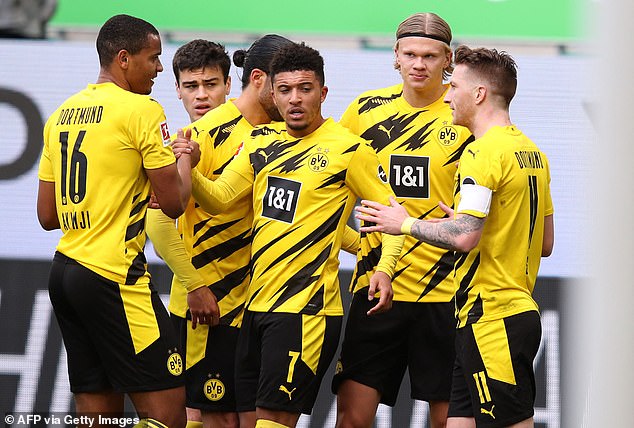 He told talkSPORT: ‘All the boys have a lot of questions. I just tell them – ‘look, I’m just focused on football at the moment’.

‘I’m cool about it. There’s always going to be speculation, especially when you do well. It’s just how you handle that on the pitch and just keep doing what you’re doing.

‘If you keep on doing that then I’m sure that won’t be a problem because the main thing is my football and that’s what I’m focused on at the moment.’