Diego Maradona‘s ex-girlfriend was unceremoniously turned away from entering the presidential mansion Thursday before dawn under orders from the Argentine soccer legend’s former wife.

Rocio Oliva arrived at Casa Rosada at 4:40am in hopes of saying farewell to Maradona, whose casket is lying in state, and was immediately informed by a security guard behind the gate that she was not allowed to enter the grounds.

A teary-eyed Oliva’s pleas to be permitted inside went unheard and she was instructed to return at 7am and wait online with tens of thousands of fans who had waited overnight to pay their last respects.

Oliva and Maradona dated for six and a half years before terminating their relationship in 2018. 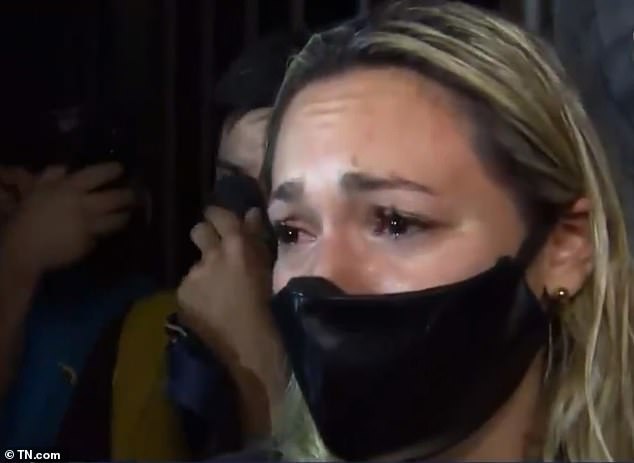 Rocio Oliva (pictured), who dated Diego Maradona for six and a half years, was banned by the soccer legend’s ex-wife Claudia Villafañe when she attempted to enter the presidential palace at 4:40am local time in Buenos Aires, Argentina 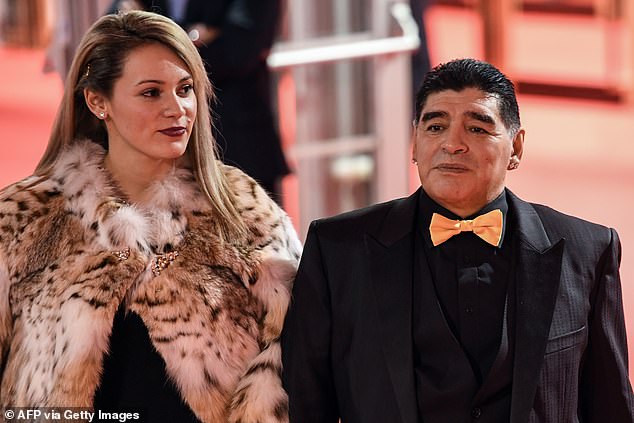 Rocio Oliva and Diego Maradona attended the draw for the 2018 FIFA World Cup at the State Kremlin Palace in Moscow on December 01, 2017 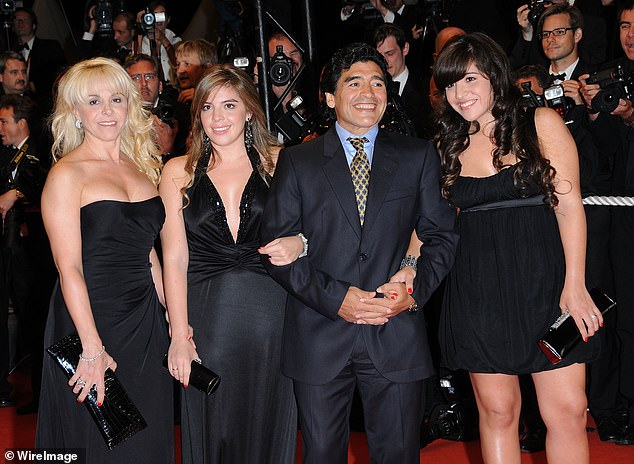 Oliva told Argentine network Todos Noticias that she could not explain the reasoning behind Claudia Villafañe’s decision to ban her from going inside the presidential mansion through an entrance that had been set up for Maradona’s loved ones and close friends.

‘I was Diego’s last partner. I was the woman Diego asked to see. I mean, nobody understands that,’ Oliva said as she fought back tears. ‘They don’t think about Diego for a minute. He is dead and there are only wounds. That hurts.’

Open visitation started at 6:15am local time after a few hours of privacy for family and close friends.

The first to bid farewell were his daughters and close family members. Villafañe came with Maradona’s daughters Dalma and Gianinna. Later came Verónica Ojeda, also his ex-wife, with their son Dieguito Fernando.

Grieving football fans clashed with police later in the morning they lined up to pay their respects to Maradona as a lawyer for the Argentinian legend accused medics of ‘criminal idiocy’ over his death.

Scuffles broke out as fans jostled to get inside and see the coffin, which was covered in an Argentinian flag and Maradona’s signature number 10 shirt after it arrived in an ambulance early this morning.

A long line of mourners streamed past Maradona’s body, clapping, pumping their fists and throwing flowers, flags and football shirts at the foot of the casket, on the first of three days of national mourning in Argentina.

Under orders of the Interior Ministry, fans were stopped from lining up at 1:36pm. The family previously mentioned that the visitation will conclude at 4pm. 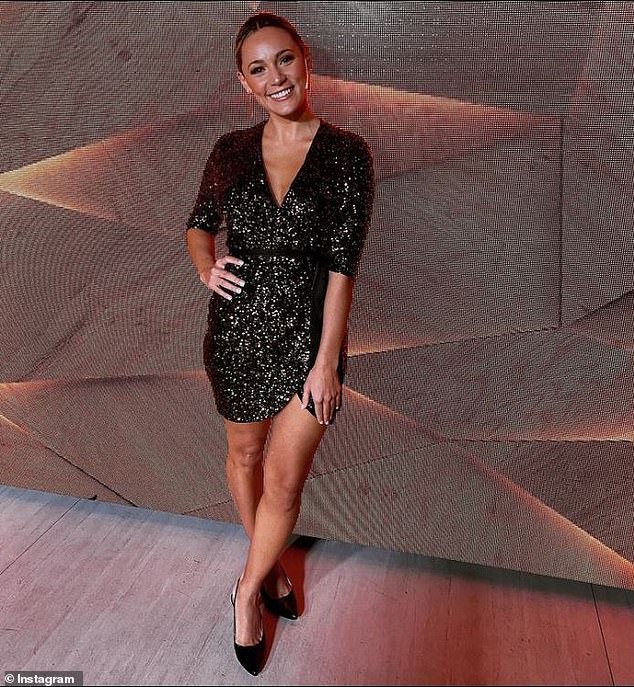 Rosa Oliva was not allowed to enter the presidential palace in Buenos Aires, Argentina, to pay her respects along with family members and friends of Diego Maradona who were allowed to enter early before the public was permitted inside. Oliva dated Maradona for six and a half years 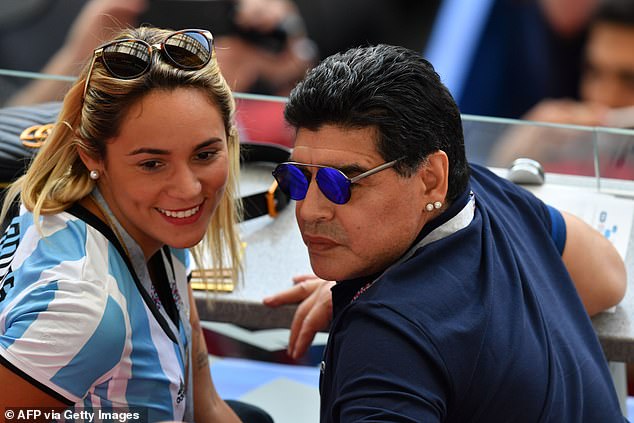 Rocio Oliva and Diego Maradona attended the Russia 2018 World Cup round of 16 football match between France and Argentina. Oliva told Argentine network Todo Noticias that Maradona was not doing well when she last saw him October 30, five days before he had surgery to remove a blood clot from the brain 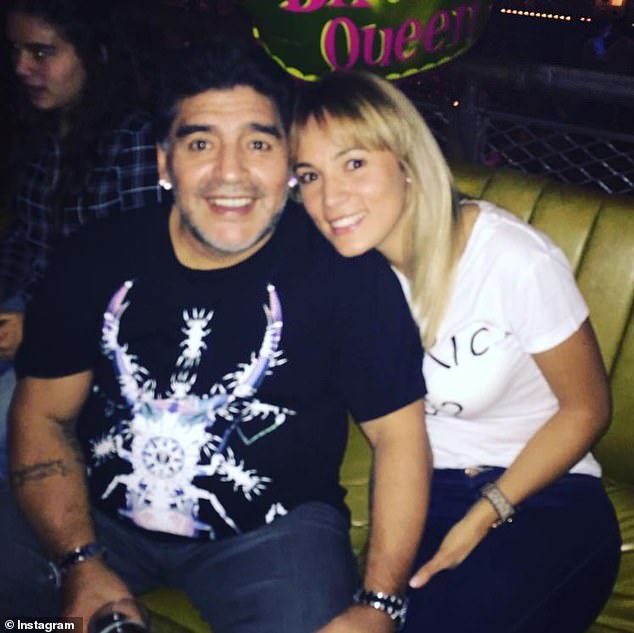 Oliva, who is a host on America TV’s evening talk show Polémica en el bar [Controversy at the bar], vowed Wednesday night to attend the wake after the soccer legend died earlier in the day of a heart attack in his sleep.

Oliva said she last saw the 60-year-old Maradona on October 30 and claimed that he was not in the best of conditions.

‘When I saw him, I did not see him well, and I made myself available. He didn’t have to be at home, he had to be hospitalized,’ she said.

The last hours of the former Naples and Barcelona star’s life were played out in Argentinian media on Wednesday night as an autopsy expected to show he had died from a massive heart attack got underway.

Paramedics made an unsuccessful attempt to revive him after they arrived at the rented house in the gated residential estate of San Andres north of Buenos Aires he had moved to November 11 after leaving hospital following his operation November 4 to remove a blood clot on the brain.

Lawyer Matias Morla claimed Thursday that Maradona was left for 12 hours without aid at some point before his death on Wednesday, which came two weeks after he had brain surgery to remove a blood clot.

‘It is inexplicable that for 12 hours my friend had no attention or check-up from the personnel dedicated to these ends,’ he said.

Morla also claimed it was ‘criminal idiocy’ that an ambulance took 30 minutes to arrive and vowed that the circumstances surrounding Maradona’s death would be ‘investigated to the end’. 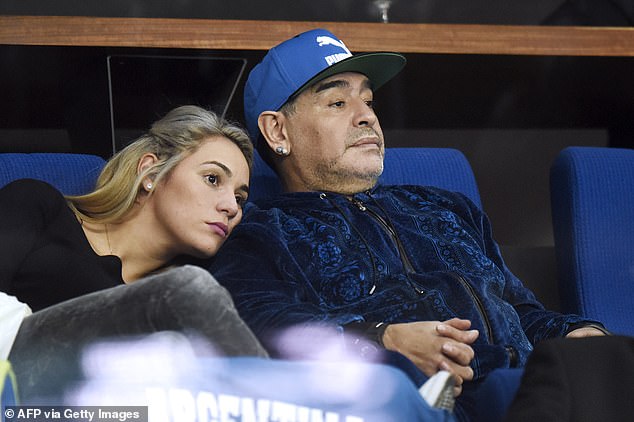 There are no male feminists | View