Scotland Yard officers today paid tribute to their ‘funny’, ‘unique’ and ‘courageous’ colleague Matt Ratana killed in the line of duty, with a series of emotional tributes before his funeral today.

The 54-year-old sergeant from the Metropolitan Police was fatally shot at Croydon Custody Centre in South London in the early hours of September 25 as he prepared to search a handcuffed suspect.

She was the first to stand as mourners listened to the hymn Jerusalem, while a woman named Deborah then read a poem for her sister Su Bushby, Sergeant Ratana’s partner, called To Those Whom I Love and Those Who Love Me.

Another woman named Lorraine read a tribute from Ms Bushby, who had a five-year relationship with the officer, saying: ‘For now, I’m not going to say goodbye my darling, but see you one day. Matt, my partner, my friend, my confidante, my soulmate, you will always be in my heart and in my soul. I miss you, I love you. Su.’

Earlier, the Met released a video with tributes from various officers who described him as ‘passionate about everything’, ‘one of the funniest men I think I’ve ever met’ and a ‘huge personality and a huge loss’.

Others said Sergeant Ratana, who fought for life for almost two hours before succumbing to the gunshot wound in his chest, was an ‘inspiration’, ‘loud’, ‘larger than life’, a ‘bit of a lump’, ‘memorable’, ‘unique’ and a ‘legend’. 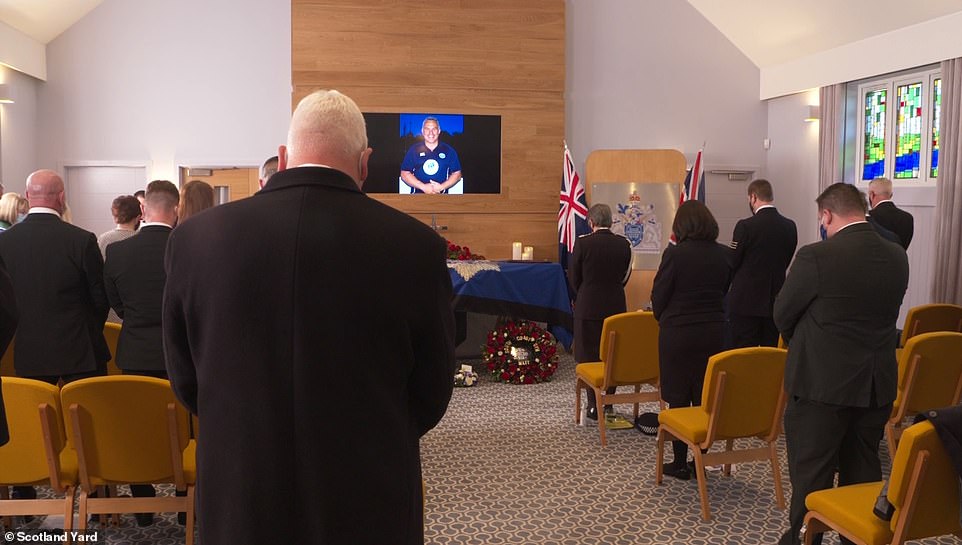 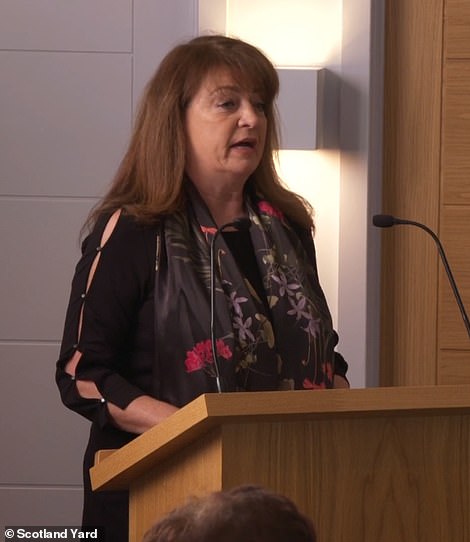 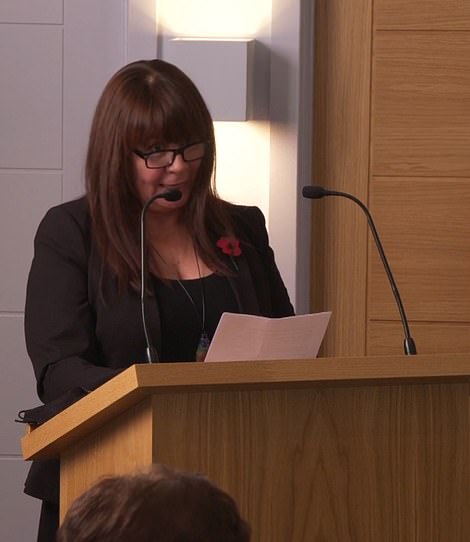 A woman named Deborah (left) read a poem for her sister Su Bushby, Sergeant Ratana’s partner, called To Those Whom I Love and Those Who Love Me, during the funeral today. Another woman named Lorraine (right) read a tribute from Ms Busby 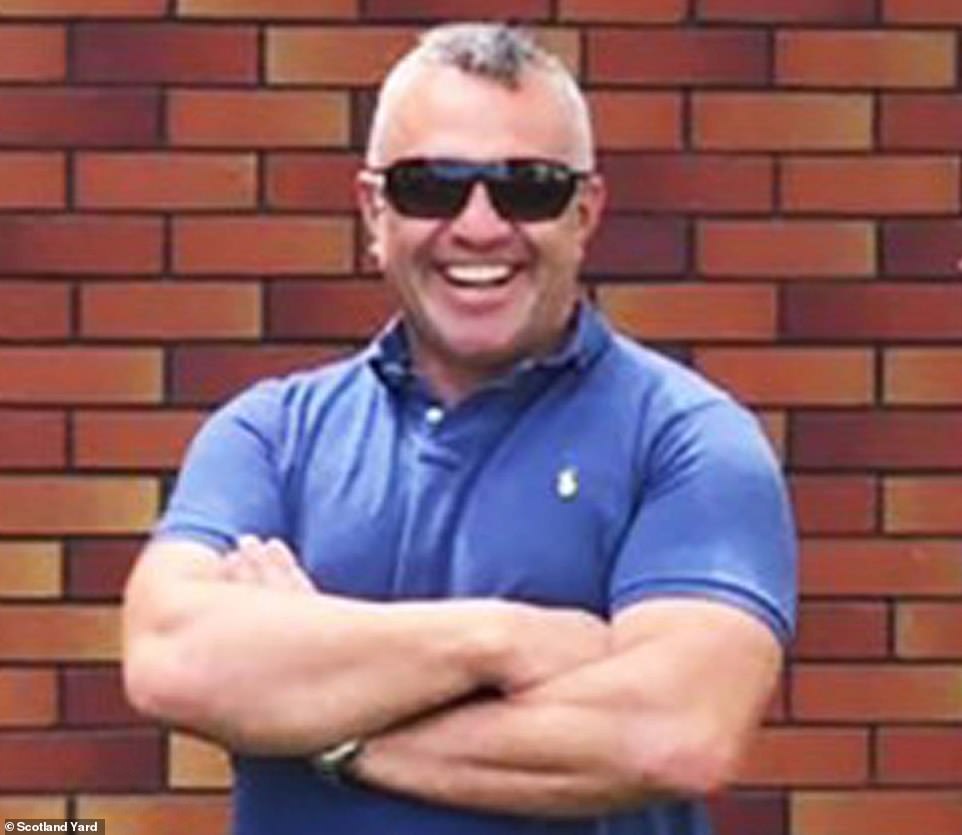 Sergeant Matt Ratana, 54, was fatally shot at Croydon Custody Centre in South London in the early hours of September 25 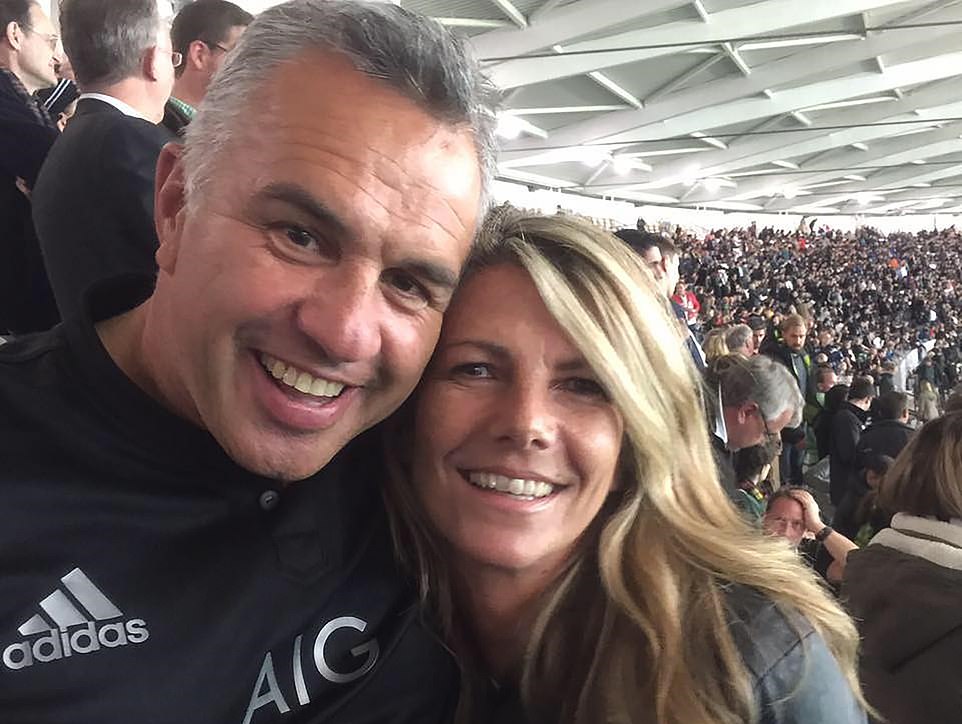 Su Bushby, Sergeant Ratana’s partner, had a five-year relationship with the New Zealand-born officer (pictured together)

The service, which was shown on the Met’s Facebook and Twitter pages, was led by Prebendary Jonathan Osborne MBE, the Met’s senior chaplain, and Maori speaker the Ven Jo Kelly-Moore, Archdeacon of Canterbury.

The funeral on today was broadcast live from around 11.45am UK time to ensure Sgt Ratana’s colleagues, friends and family in the UK, New Zealand and around the world can join the service.

The force said that due to Covid-19 restrictions, it was unable to provide a force service funeral, but a full service memorial will be planned for when restrictions are lifted. The funeral will be followed by a private cremation.

Previous tributes paid to Sergeant Ratana following his death remembered the police officer of almost 30 years as a ‘gentle giant’ and ‘irreplaceable figure’ who was part of the ‘police family’.

The suspect in the case, previously named as 23-yearold Louis De Zoysa, fired his weapon ‘several times’ despite being handcuffed. Sergeant Ratana was shot once as he moved to search the suspect, who also shot himself. 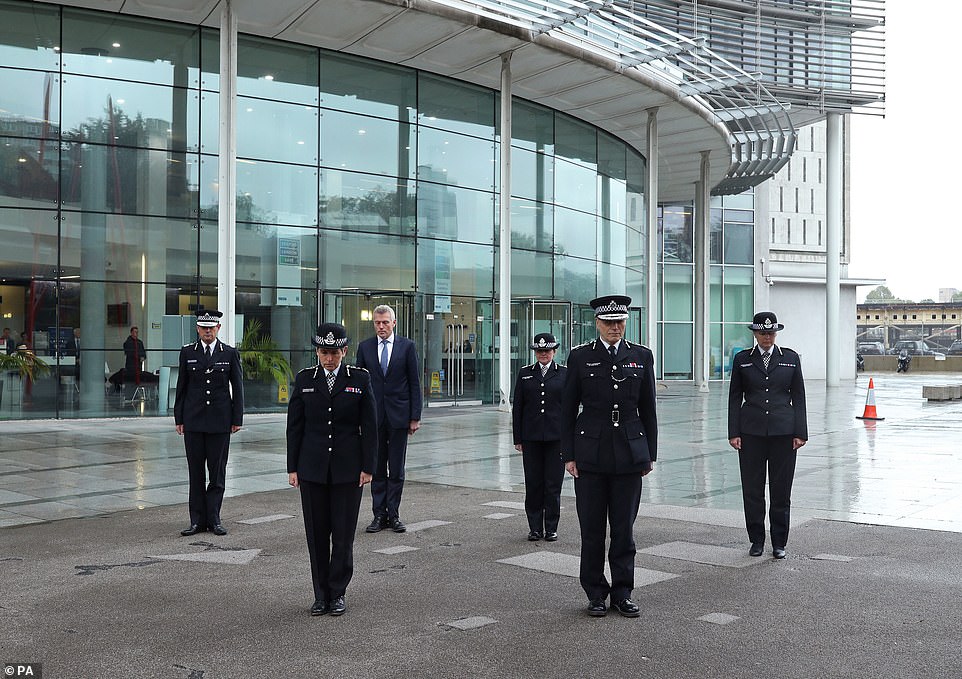 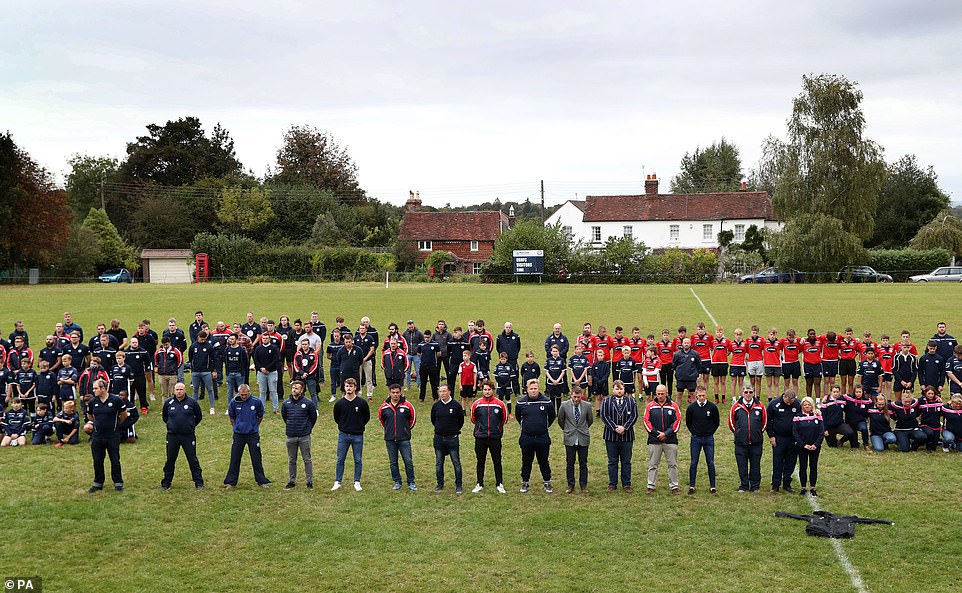 September 27: Players and club officials observe a minute’s silence at East Grinstead rugby club in Kent to pay their respects to police officer Sergeant Ratana who was the head coach at the club

De Zoysa remains in hospital under police guard and remains ‘unfit for interviewing’ after apparently also shooting himself. The suspect was stopped and searched in Croydon by uniformed officers on a routine patrol.

During the search the officers found items ‘suspected of being controlled drugs and firearms ammunition’, an inquest heard last month. The suspect was handcuffed and taken in a police vehicle to the custody centre.

Upon arrival, he was taken to a holding room with officers, where he remained in handcuffs as officers prepared to search him. Sergeant Ratana entered the holding room when the suspect produced the gun and shot him.

A post-mortem examination gave cause of death as a gunshot wound to the chest. A revolver was later recovered from the scene and no police firearms were discharged.

A man was arrested in Norwich on September 27 on suspicion of supplying a firearm in relation to the case, but’ was later released without further action. The case has not been treated as terror-related.

Killing Eve star Jodie Comer was left fearing for her life after a French stalker threatened to kill her, earlier...

"We got here for the aim of protesting the voting rights which are being suppressed throughout the nation," Inexperienced...

President Joe Biden is commemorating the 23 individuals who had been killed in a mass taking pictures at a...

'We're vagabonds of the sea': How this YouTuber quit his job to sail the world

Utah voted to make hunting and fishing a constitutional right