Medals of pilot who fronted RAF’s recruitment campaign in WWII set to fetch £120,000 at auction


The medals of a fighter pilot who became the poster boy of the RAF during the Second World War before test flying prototype jet planes later in his career are set to fetch up to £120,000 at auction.

Wing Commander Peter Lawrence Parrott flew Hurricanes and Spitfires and survived both the Battle of France and the Battle of Britain – despite being shot down twice.

Whilst in combat over Dunkirk in May 1940 – before more than 300,000 retreating Allied troops had to be rescued – Wing Commander Parrott’s plane was damaged by enemy fire and he limped home to Britain before crash landing in a field on the south coast.

Later, on December 1, 1940, he was shot down and recalled how, after he ‘slammed into the ground’, he was not sure if ‘I was still in this world or had already passed on to the next’.

Parrott’s wartime fame came when his photograph, which had been taken during the Battle of France, was used by the Royal Air Force (RAF) for a recruiting poster.

The advert, which called on Britons to ‘Volunteer for flying duties’, provided one of the iconic images of the Second World War.

Following the war, Parrott qualified as a test pilot and went on to fly early versions of Vampire and Meteor jets. Despite the high casualty rate, Parrott survived his service.

After leaving the RAF in 1965, Parrott worked as an airline pilot and, during the 1972 Arab Israeli war, was tasked with picking up Ugandan dictator Idi Amin and flying him to Khartoum so he could supposedly act as a mediator in the conflict.

On landing in Uganda, Parrott and his co-pilot were briefly arrested by Amin’s mercenaries before they realised who they were.

Wing Commander Parrott’s group of eight medals, which include the prestigious Distinguished Flying Cross awarded for bravery, are being sold by his family with auction house Dix Noonan Webb.

They are being sold with the pilot’s long books and other mementoes collected during his service. 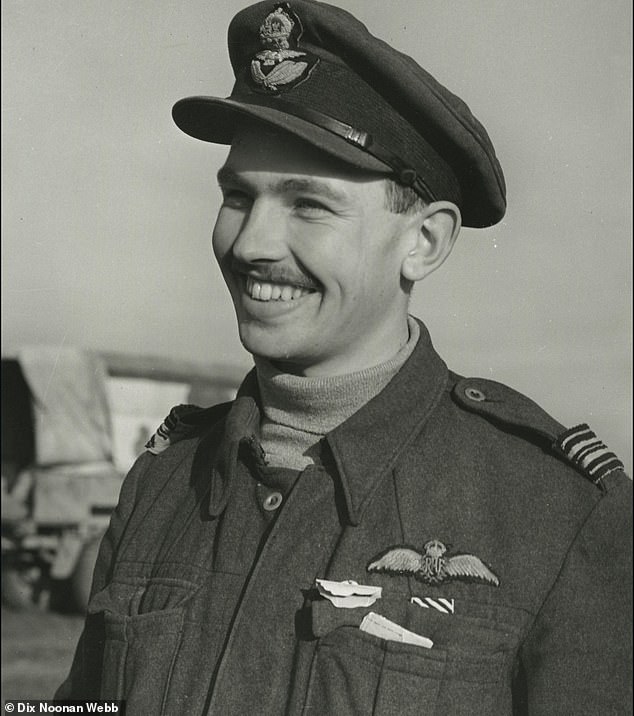 The medals of a fighter pilot who became the poster boy of the RAF during the Second World War before test flying prototype jet planes later in his career are set to fetch up to £120,000 at auction. Wing Commander Peter Lawrence Parrott flew Hurricanes and Spitfires and survived both the Battle of France and the Battle of Britain – despite being shot down twice 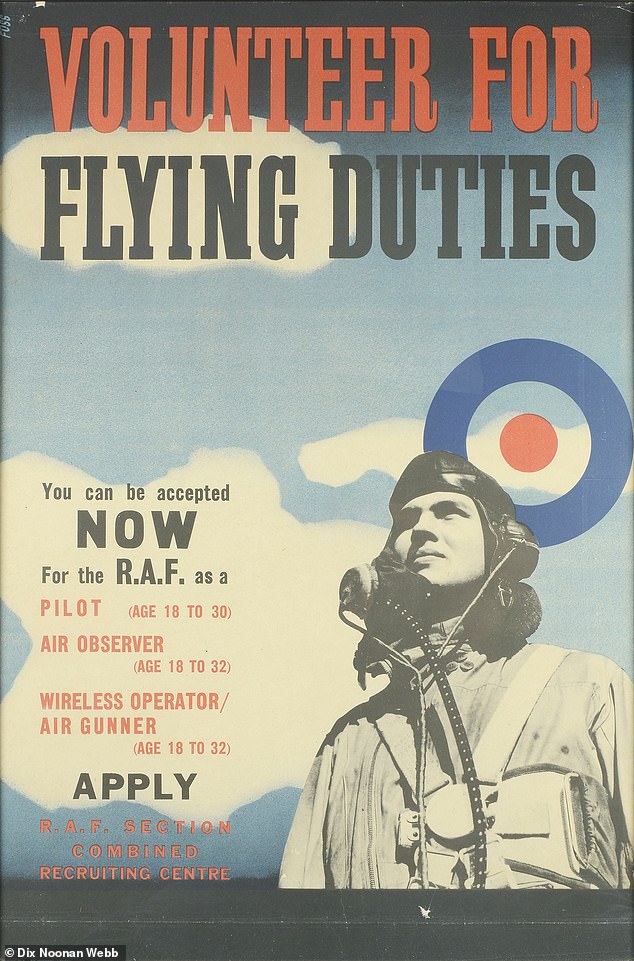 Parrott’s wartime fame came when his photograph, which had been taken during the Battle of France, was used by the Royal Air Force (RAF) for a recruiting poster in 1940

After leaving school, he worked in the local council offices and then joined the RAF in 1938.

During the Second World War, Parrott flew with 607 Squadron and later with 145 Squadron, where he soared over the beaches of Dunkirk during the Battle of France.

During his first aerial combats in May 1940, he nearly achieved what was known as ‘ace in a day’ status – the term used to designate a pilot who had shot down five or more planes in a single period of flying.

He later recalled the moment that he spotted numerous German Junker 87 aircraft during the Battle of Britain. He wrote: ‘…our first view of the convoy near St. Catherine’s Point was of Ju 87’s in their bombing dives.

‘Above the Ju. 87’s were the escorting Bf 109’s and farther to the south-east were two more large formations of enemy aircraft approaching the convoy – a formidable sight.

‘I had already taken part in the Battle for France, and patrolled over Dunkirk during the evacuation, but I had never before seen so many aircraft in the sky at once.’ 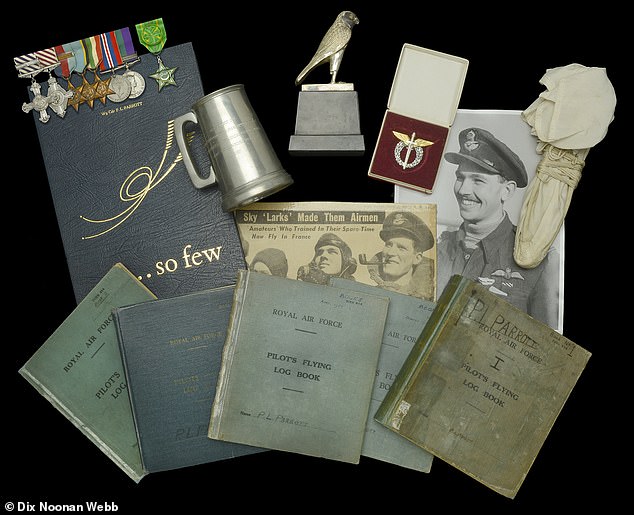 Parrott’s medals are being sold with five of his log books, along with the recruitment poster

In early March 1940, Parrott’s path to featuring on a recruitment poster began when his image was taken by photographer who was accompanying a group of war correspondents during the Battle of France.

He recalled: ‘We were visited by a group of war correspondents with a photographer. The Commanding Officer had picked me as No. 3 in a section of three Gladiators to give a small flying display to them.

‘As I was walking out to my aircraft the RAF photographer stopped me and asked me to look back at the roof of the Nissen hut I had just left.

‘I did so but could see nothing of interest there but as I did so he dropped on one knee and tool a photograph of me and said, “Thank you.”

‘Soon afterwards my photograph appeared with three other 607 Squadron pilots [William Gore, Maurice Irving and John Sample – two which were killed in action during the Battle of Britain, and one was killed in a flying accident in 1941] in The Daily Sketch.

Soon after, the designer Jonathan Foss used the image of Parrott to form his first major RAF recruitment poster in 1940. It was used widely across the country.

It declared that applicants could be accepted as pilots, wireless operators, air observers and air gunners.

Experiencing this honour was only topped when he was shot down while serving in 605 Squadron.

He later recalled: ‘Looking down, the ground seemed to be coming up remarkably quickly.

‘I was swinging from side to side but had no time to try pulling the shrouds to stop the swing before I slammed into the ground, on about the third downward swing, falling on my right leg and shoulder. I felt half stunned….

I opened my eyes and found I was lying on the grass…. I was at this time not sure whether I was still in this world or had already passed on to the next. I did not really care much either way….’

Parrott went on to fly Spitfires over Sicily Italy and commanded 43 and 72 Squadrons. 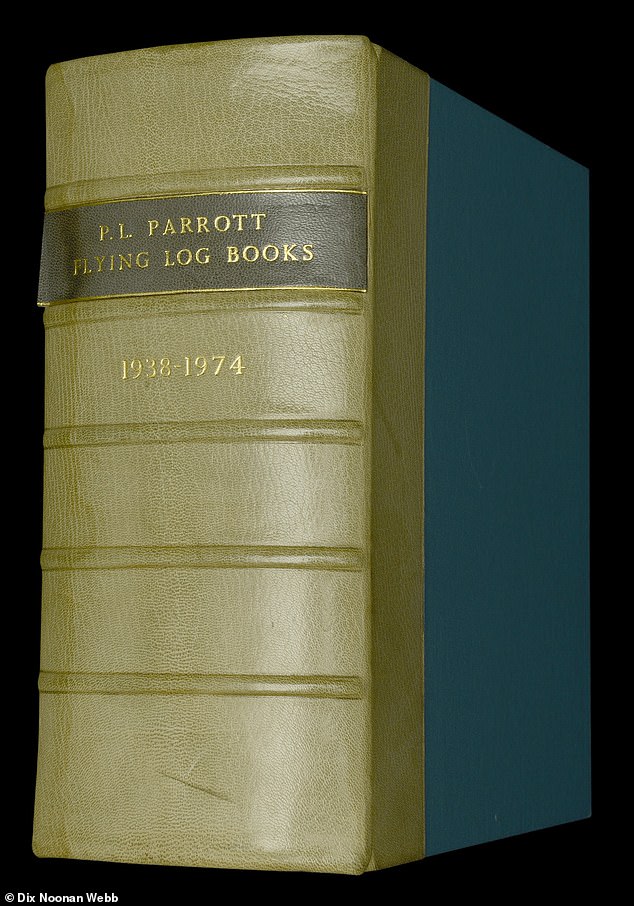 After serving as a test pilot from 1948 onwards following the Allied victory in the war, Parrott left the RAF in 1965. He worked for airline Autair, flying routes in Britain.

He later flew members of the Libyan royal family and government on tours of the Middle East.

This connection led him to be directed by Libyan dictator Colonel Gaddafi to collect Idi Amin during the Arab-Israeli war.

On landing in the Ugandan city of Entebbe, he and his co-pilot were arrested and interrogated as suspected mercenaries before they were able to convince Amin’s security forces who they were.

In 1973, Parrott returned to Britain to work as a training adviser until he retired in 1983.

After the 1982 Falklands War, Parrott organised the sending of a telegram ‘From the Few to the Few’ congratulating Sea Harrier pilots for their role in the victory.

He also helped to get the statue of Battle of Britain hero Lord Hugh Dowding erected in the Strand. He passed away in August 2003.

Parrott’s medals are being sold with five of his log books, along with the recruitment poster.

‘An ‘Ace’ who distinguished himself in both Hurricanes and Spitfires, surviving the Battle of France, the fall of Dunkirk, and triumphing in the Battle of Britain.

He also suffered the pain of losing his elder brother killed in action.

‘Parrott went on to lead a colourful life of flying, including surviving the terrifying foibles of Idi Amin and Colonel Gaddafi.’

Zcash (ZEC) is up 4% today: here is where to buy ZEC coin 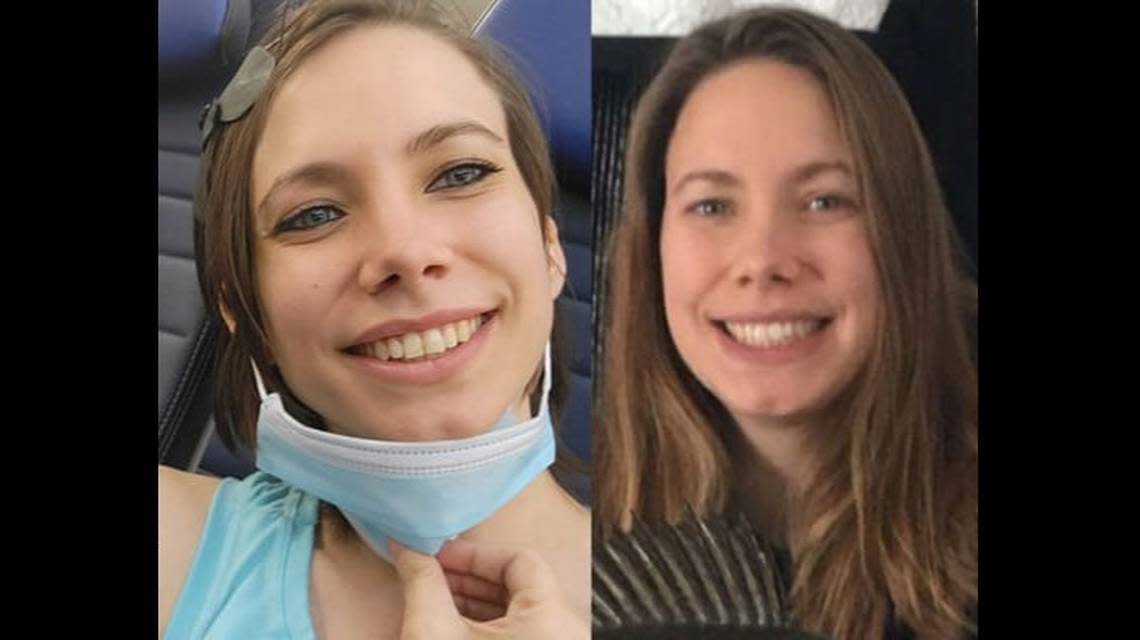 Zcash (ZEC) is up 4% today: here is where to buy ZEC coin