An alleged Minneapolis domestic abuser has been arrested and charged with murder he is said to have carried out weeks after being released thanks to a bail fund backed by Vice President Kamala Harris.

George Howard, 48, was bailed out by the Minnesota Freedom Fund (MFF) on August 6 after being held on a $11,500 on charges of domestic abuse.

Weeks later, Howard was charged with murder when he shot another driver on I-94 during a road rage incident on August 29.

The victim has been identified as 38-year-old Luis Damian Martinez Ortiz who was pronounced dead after he was shot in the chest by Howard.

‘If you’re able to, chip in now to the @MNFreedomFund to help post bail for those protesting on the ground in Minnesota,’ Harris tweeted. 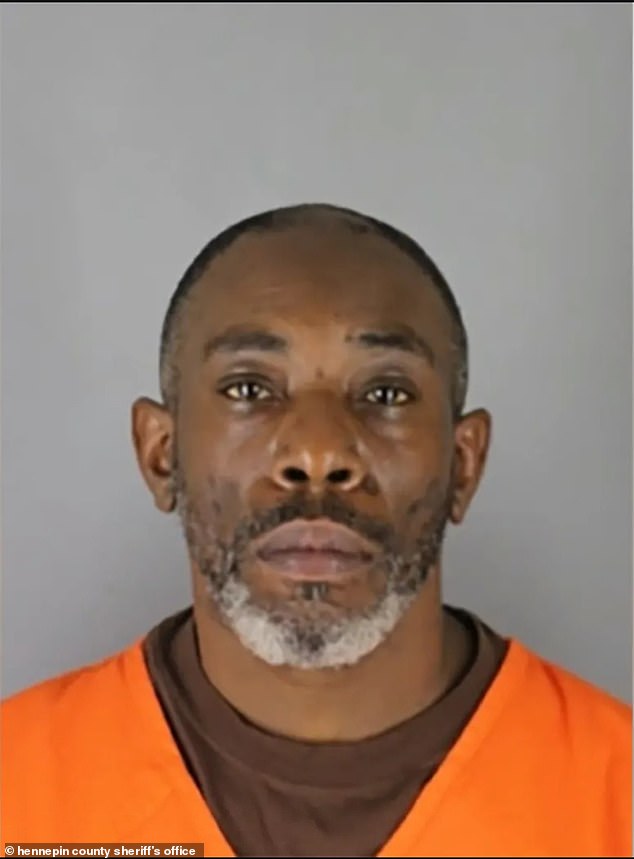 Minnesota man George Howard, 48, has been charged with murder weeks after he was released on domestic abuse charges by the Minnesota Freedom Fund 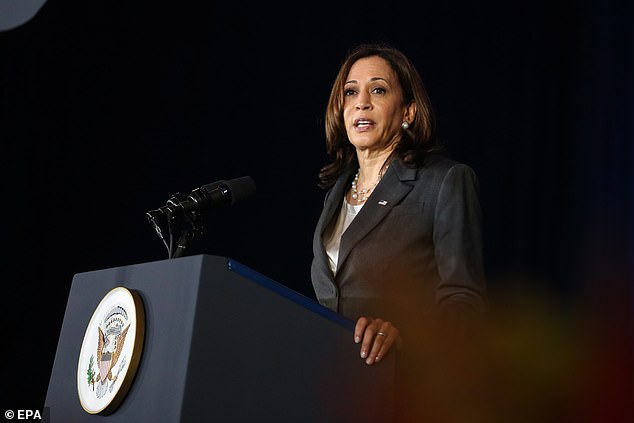 Surveillance footage obtained by the Minneapolis Police Department captured the road rage incident that occurred near the entrance ramp of the interstate.

Howard was reportedly driving a white Volvo with Ortiz in a blue BMW, according to KSTP-TV.

The footage revealed the moment Ortiz was shot after he approached Howard’s vehicle only to collapse shortly after.

Ortiz later crashed into the center median after getting back into his car and was taken to a local hospital where he was pronounced dead.

After Howard fled the scene, footage revealed him driving to a nearby gas station where he then switched with another passenger in the vehicle.

The passenger, who allegedly was in the vehicle at the time of the shooting, claimed that Ortiz had punched Howard before the shooting happened.

Howard, however, claims he did not shoot Ortiz and another passenger in his vehicle did.

The incident still remains under investigation and the identity of the other passenger is currently unclear. 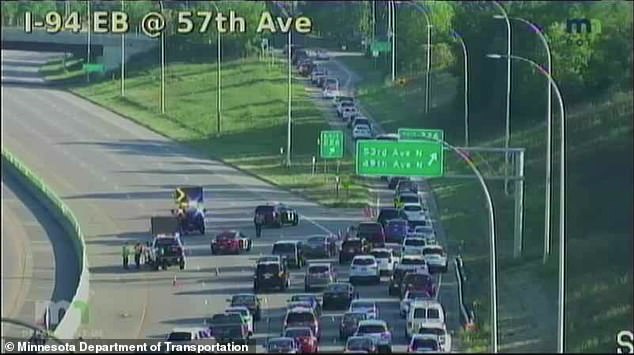 He could face up to 80 years in prison if he is found guilty of the charges. Details of the initial domestic abuse allegation against him have not been shared.

In response to the event, the MFF tweeted on Friday: ‘We are aware of reports of the tragic and fatal shooting in Minneapolis earlier this week allegedly involving George Howard, an individual the Minnesota Freedom Fund had previously provided with bail support.’

‘MFF believes that every individual who has been arrested by the law enforcement is innocent until proven guilty, and if a judge deems them eligible for bail, they should not have to wait in jail simply because they don’t have the same income or access to resources as others.’

Despite removing the tweet, the group added a follow up message on the network to promote an update on its policies.

‘Under new leadership, MFF has implemented changes to its policies and procedures, and we will continue to assess them to ensure that we are being responsive to the safety and needs of our community.’ 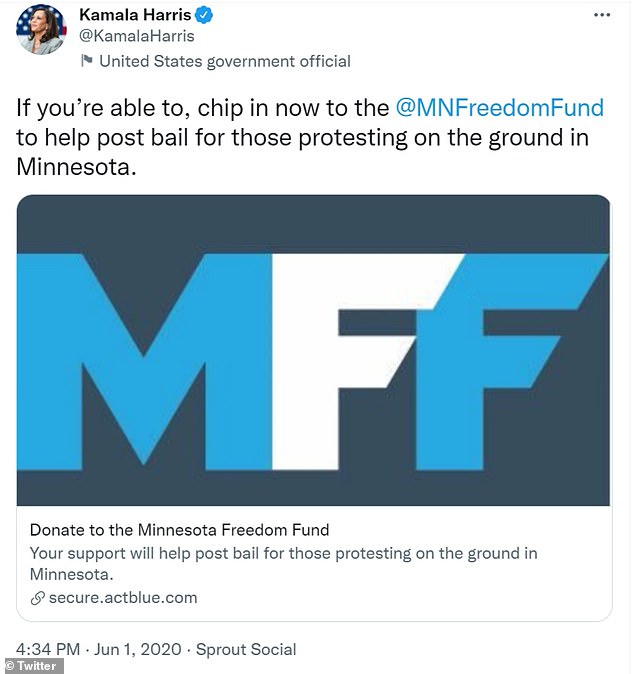 The MFF strives to support communities of different races, ethnicities and economic backgrounds.

The Minnesota-based organization pays for criminal and immigration bonds for minority communities that have been affected by the state’s justice system.

In 2020, MFF received $35 million in donations to release activists that were jailed during the George Floyd protests.

The fund has received criticism however as they have spent thousands of dollars freeing people who have been accused of committing serious crimes, such as Howard, according to Fox 9.