The number of hospitalized COVID-19 patients in Missouri jumped by 27 percent over the fourth of July weekend as the state faces a massive COVID-19 surge.

Missouri now leads the country in new cases per capita over the last two weeks.

As of Monday, CoxHealth of Springfield, Missouri, and the city’s other hospital, Mercy Springfield, were treating 213 COVID-19 patients, up from 168 on Friday.

As recently as May 24, the two hospitals had just 31 patients. 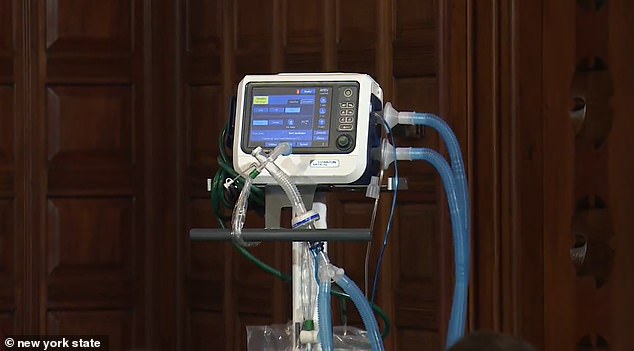 ‘After what we’ve seen in the last month everyone is just holding their breath, especially after a holiday weekend like this, knowing that there were large gatherings,’ said Erik Frederick, the chief administrative officer of Mercy Springfield.

In Missouri, only 45 percent of residents have received at least one dose of a COVID-19 vaccine, and just under 40 percent are fully vaccinated.

Massive Fourth of July celebrations held over the weekend are cause for concern looking forward as well.

CoxHealth has been transferring out four or five patients a day for the past week to 10 days as it tries to bring in more traveling nurses to help, said Ashley Kimberling Casad, vice president of clinical services at the hospital.

‘Our projections are only showing us continuing to go up,’ she said, noting that positivity rates are spiking.

‘We generally see an increase in hospitalizations about two weeks after big events, so knowing it was the holiday weekend and probably lots of people spent time with family and friends and with our vaccination rates so low, we are going to expect that in two weeks it gets really, really busy.’

The situation is complication because the hospital has only about one-third of the 280 traveling nurses it had at the peak of the winter surge and is working through a backlog of patients who deferred routine care during the surge.

That means it can’t handle as many COVID-19 patients as it once could.

‘They worked really hard all winter and spring and made good money so they want to take off this summer and get to spend it with their family and have fun, so we have a lot of positions posted for traveling nurses, but we are just having a harder time getting them in,’ she said. 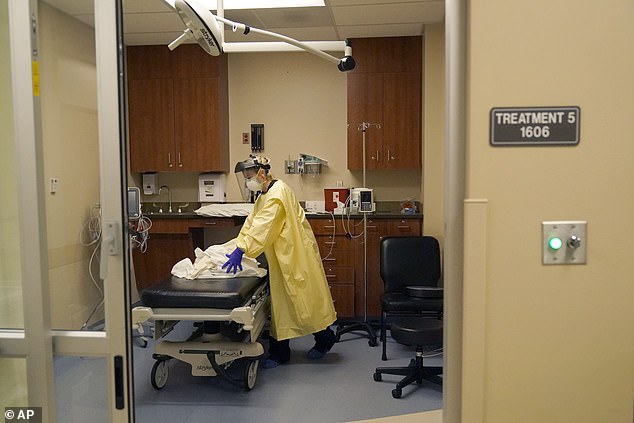 Some Missouri hospitals will be short staffed this time around, as an even bigger, post-July 4 case surge looms in the state

So far, Mercy Springfield has been able to avoid transfers, but the situation worsened so quickly that it ran out of ventilators at one point over the weekend and had to borrow more, said Frederick.

‘Luckily we got some in before we had another patient come in who required it so we were able to keep moving and have a surplus on hand should we need it, because we escalated ventilators very quickly,’ he said.

In a tweet, he urged any respiratory therapist to ‘call us.’

Frederick said projections show its patient count continuing to climb through early August before the numbers gradually begin to fall slowly through October.

‘We just never thought we would be back here,’ he said, adding: ‘Unfortunately we are living in a region where the vaccine has not been adopted. It has not been accepted and here we are with hospitals full of COVID patients.’

Missouri is not the only state currently caught in this situation. 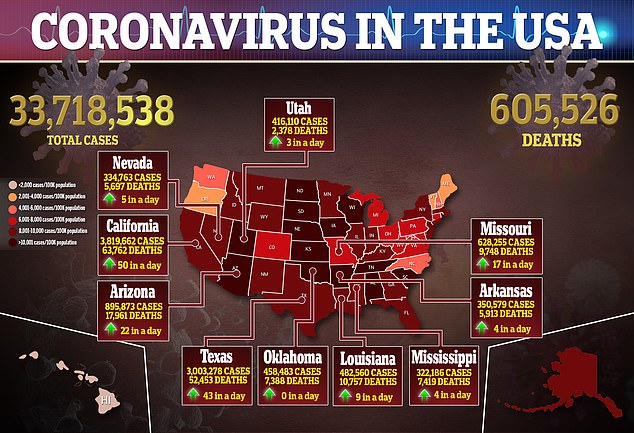 The Delta variant has strengthened its hold in the United States, prompting fears of another surge.

California, the largest state in the country by population, reported Monday that the Delta variant is now their dominant strain – accounting for 36 percent of cases last month.

Nevada and Arkansas are also dealing with large swells of cases, mostly of the Delta variant.

Gary Sinise: I thank God for the men and women that are willing to protect us

Migrant boats will be turned and sent back across the Channel

Premier League ‘has not discussed pause’ amid rise in coronavirus cases

Former President Donald Trump has claimed 'there is no way' Biden won the 2020 Presidential Election...