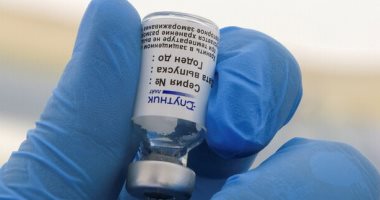 The Russian Direct Investment Fund revealed that a mixture of the “AstraZeneca” and “Sputnik Lite” vaccines against Corona shows a high increase of antibodies against the virus.

According to the agency, RIA Novosti The first report on the mixture test for “Sputnik” and “AstraZeneca” was published“.

A statement issued by the fund stated: “The Russian Direct Investment Fund announces that a combination of AstraZeneca and Sputnik Lite vaccines, and through experiments conducted in the Republic of Azerbaijan, and according to the results of the interim analysis, 85% of the volunteers recorded an increase of 4 times and more for protein neutralizing antibodies.” Spinal protein S Corona virus on the 57th day of monitoring“.

This experiment was conducted in Azerbaijan in February 2021, and to date 100 volunteers are participating in the research.

The agency indicated that in addition to Azerbaijan, clinical trials of the mixture of Corona vaccines are taking place within the framework of the global program in the UAE and Russia, and similar clinical trials are expected to start in the near future in other places..

The Russian Direct Fund and the Center “GamalyaIn Russia, and “AstraZeneca” in December 2020, in the presence of Russian President Vladimir Putin, a memorandum on cooperation for conducting joint clinical trials of the safety of the “AstraZeneca” vaccine mixture and the first component of the “Sputnik” vaccine V” The ability of this mixture to raise human immunity.