‘Moldova is at a crossroads. It either becomes a functional state – or it fails.’ 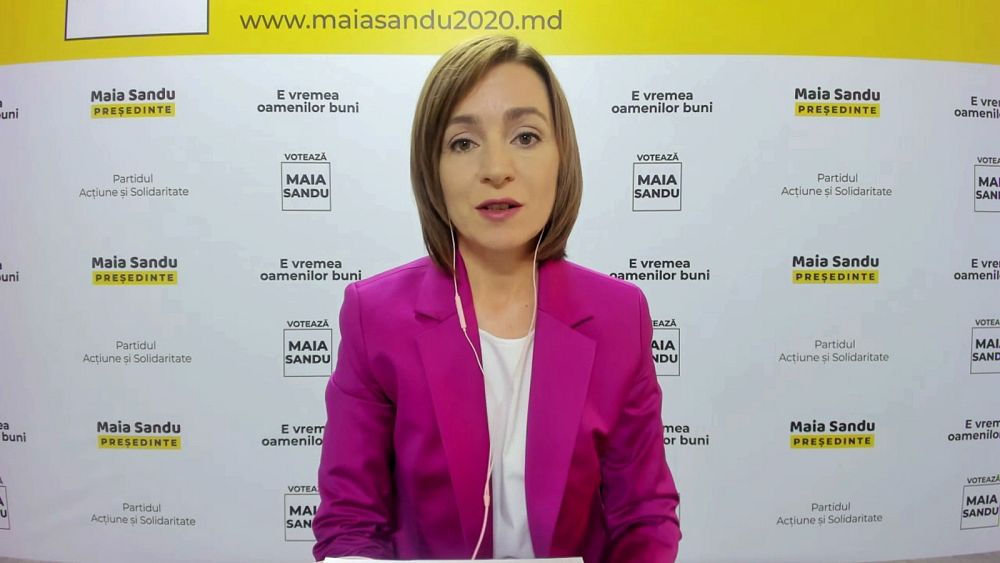 Moldova at a crossroads?

The people of Moldova head to the polls on November 1 to elect the country”s next president, in what is being viewed by many as a choice between Russia and the east – or the European Union and the west.

The main challenger to the pro-Russian incumbent President Igor Dodon is the former Prime Minister Maia Sandu, the leader of the Action and Solidarity Party.

In this edition of Global Conversation, I spoke to her about Moldova’s situation and her candidacy. I began by asking how she was attempting to convince the country’s fiercely-divided population that she was the best option for president:

“Moldova is at a crossroads. It either becomes a functional state with competent leadership – or it becomes a failed state.

“It is this simple. And this is what all the Moldovans want. For instance, (currently) 1/3 of Moldovan (businesses) are on the verge of bankruptcy because the current authorities haven’t been helping the economy at all.

“Today, most of the pensioners receive a pension which is (below) the poverty line. And these are the issues that all the people feel, regardless of their geopolitical preferences.

“And we are trying to unite people around these objectives: of building a functional state.”

Sandu has said before that Moldova needs a dynamic, responsible foreign policy. I asked her what that would look like and what her vision of Moldova’s political positioning was:

“Under the current president, the country’s foreign policy has been totally unbalanced.

“For instance, Moldova has two neighbours, Romania and Ukraine. And under President Dodon, the relations with these countries have been completely frozen.

The relations with the EU and US have been going from bad to worse, because Igor Dodon has been trying to establish good relations only with Russia; but even with Russia, he has been using this for his personal interests; not to solve the country’s problems.

“And then we know that Russia doesn’t provide any technical and developmental assistance. That’s why we need to get back to a balanced external policy and to get back on track with good relations with Romania, with Ukraine, with the EU and US.

The main tensions within the country are between pro Western and pro Russian leanings. I asked how she would seek to balance these as president:

“Most of the Moldovans – or probably all the Moldovans – want to have good living standards at home. They want to get rid of corruption. I should remind you that one third of the population left the country because they didn’t have any prospects at home.

“And these are the issues that we need to solve; we need a president who is going to defend Moldova’s national interests, regardless of whether this is in relations with Russia, or in relations with other countries.

In terms of drawing closer towards the EU, I pointed out that the European Commission has repeatedly expressed its concerns over rule of law and corruption within Moldova. How did she aim to tackle these issues?

“This has been an issue which made me and my colleagues determined to enter politics, because when we discovered that the Moldovan authorities had been stealing billions from the Moldovan population, we just thought that it’s time to come and clean up the political class of Moldova.

“And we’ve been fighting to have independent justice and strong anti-corruption institutions.

“We started these reforms last year when I was Prime Minister. At some point, the corrupt politicians dismissed the government. But this is what we’re going to pursue.

“This is one of the main objectives: stopping corruption, building a strong state with functional institutions which will defend people, which will ensure the rule of law.

So would this mean a radical overhaul of the justice system?

“Definitely. This is the reform that I proposed last year: cleaning up the justice sector, cleaning up the prosecution. And this has been one of the major issues, why the corrupt political class dismissed the government.

“But this is one of the main objectives of my presidential programme: cleaning up the institutions.”

Sandu has already warned of a Belarus-type scenario after the election, with potential for mass unrest and street protests. I asked her if Moldova was currently economically robust enough to withstand that:

“So he is trying to rig the elections. We have been sending these strong messages to prevent him from doing that. But in case he pursues his plans, we are warning him that people will go to the streets, because this is what people tell us.

“We have had the experiences of 2016 (presidential election) and parliamentary elections in 2019, when the elections weren’t free and fair. And people have said: ‘enough is enough’.”

I asked her what evidence she had that this time around, the election wouldn’t be free and fair:

“Well, we already see things happening. We have the past experience when for instance the (Vlad) Plahotniuc regime together with Dodon organised and bought votes in the Transnistrian region – this is the breakaway region – and we had plenty of evidence in the press about the fact that people were organised and transported (in) and they were paid for (their) votes.

“Then we see on the right bank of the Nistru river – people being paid again, especially poor people, because this is what the corrupt Moldovan politicians did. They brought people into poverty.”

The challenge of COVID-19

Finally, I asked about the challenge of the current coronavirus pandemic; cases are steadily rising in Moldova. What was she going to do to try and tackle that, to keep the population safe but not simultaneously cripple the economy?

“The situation is really very bad. And the first thing to be done is more testing. The Moldovan authorities have not been listening to the advice of the medical sector.

“They’ve been testing very few people, they have not been taking measures to isolate those who were sick.

“But in terms of the economic crisis, we also need to act immediately because, as I said, one third of the Moldovan companies are on the verge of bankruptcy and we need to find money and to support some of these companies, including financially – especially the small and medium enterprises.”

Dow, markets claws back more of its losses on stimulus hopes