Nadine Dorries: How I will preserve freedom of the Press online

News content will be protected against censorship by tech giants under toughened up internet laws, Nadine Dorries vowed yesterday.

Search engines and social media platforms will have to notify publishers if they seek to remove any posts and submit it to an appeals process, the Culture Secretary said.

She added that under the measures – expected to be added to the Online Safety Bill as an amendment – tech companies would not be allowed to take down content until an appeal had been heard. 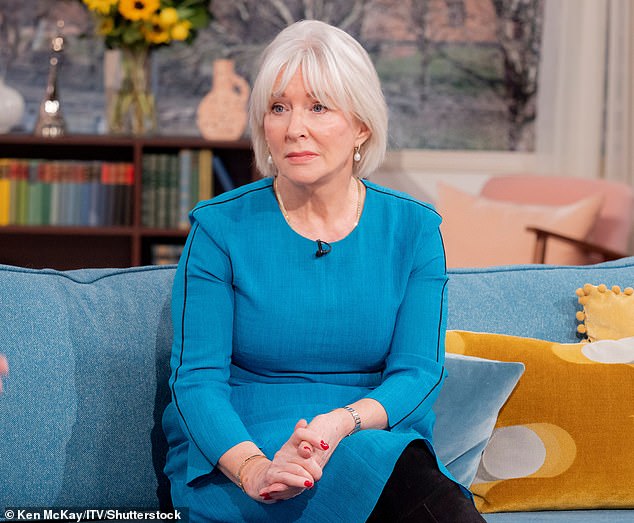 News content will be protected against censorship by tech giants under toughened up internet laws, Nadine Dorries vowed yesterday

The ‘world-leading online safety laws’, to be brought before Parliament today, will impose a duty of care on firms to protect users.

Ofcom will have the power to impose fines of up to 10 per cent of their annual global turnover for any breaches – or even block the sites from being used in the UK.

Yesterday, it was announced that tech bosses whose companies fail to cooperate will now face up to two years in jail within two months of the Bill becoming law.

Under changes to the Bill, ministers revealed social media platforms will no longer be able to decide what content is deemed ‘legal but harmful’ in a bid to protect freedom of speech.

Instead, a list will be drawn up by the Government – which is set to include self-harm, harassment and eating disorders – and will have to be approved by Parliament.

They warn it could lead to legitimate news content being taken down inadvertently.

While the Bill has an explicit exemption for news sites and their comment sections, this does not apply when its content appears on social media or in searches.

Miss Dorries told ITV’s This Morning yesterday: ‘What this Bill does, if those platforms remove something which a journalist or a news outlet puts online, they have to notify that journalist that they’re about to remove that content, they have to say why they’re going to remove it, and they have to give the journalist the right to appeal, and the content remains online while that happens.’

A spokesman for the Department of Digital, Culture, Media and Sport yesterday said: ‘Obviously the Government will need to take a collective position on that and we will need to ensure it is legally compliant, but I’m fairly confident of where we’re going to end up on this position’.

It is understood it will be introduced to the Bill as an amendment in the coming months. The Government has also sought to allay free speech concerns over the proposed requirement for tech companies to curb ‘harmful’ content that fell below the threshold of a criminal offence. 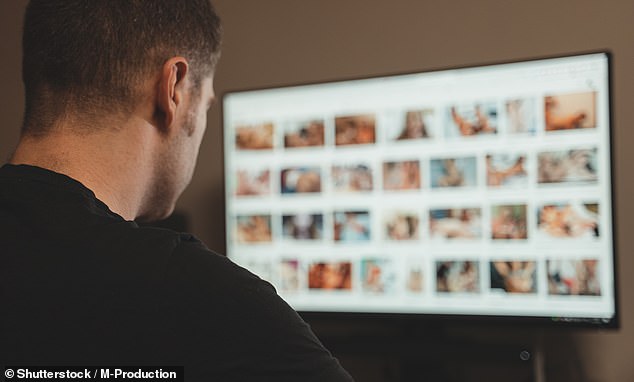 Under the draft Bill, what fell within this category would be decided by the tech companies.

But ministers yesterday announced the Government would now draw up a list of specific categories that met the criteria, which will be subject to approval by both Houses of Parliament.

The Bill will also give Ofcom powers to demand data from tech companies, such as how their algorithms work. Officials will be able to enter company premises, interview employees and require firms to undergo external assessments.

Why we must act now to protect our children, writes Tech and Digital Economy Minister CHRIS PHILP

Social media sites currently operate under no one’s rules but their own.

This has led to an online world where teenagers’ lives can be ruined by cyberbullying, suicide is encouraged, vulnerable people are radicalised by terrorists, kids are exposed to pornography and racist bile is shared without consequence.

What’s worse – a lot of this vile stuff is actively promoted to huge audiences via algorithms simply because it makes social media firms more money. 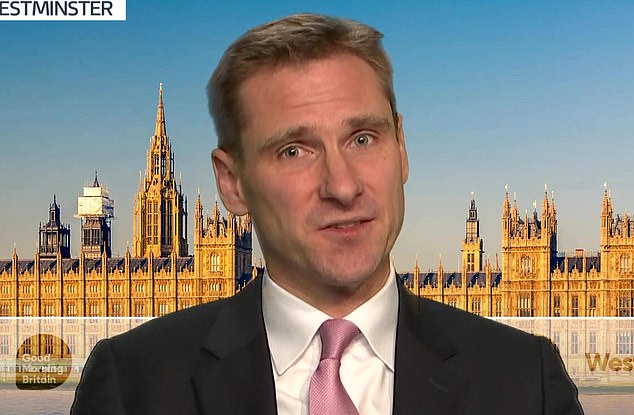 The case for regulation couldn’t be clearer: We have a moral duty to make big tech take action and clean up the internet once and for all. As a father, nothing could be more important to me.

Today our Online Safety Bill has its first reading in the Commons. This is Britain leading the world to force tech firms to tackle illegal and harmful content.

But we also need to make sure that these powerful companies do not try to muzzle people just because they have controversial opinions.

At the moment, woke moderators in Silicon Valley can arbitrarily censor feeds and dictate the terms of political debate and journalism.

Under this Bill, platforms will have to respect free speech and protect content of journalistic and democratic importance.

They will not be able to take down legal content where there is no breach of their own rules – something YouTube did last year to TalkRadio.

The Government will set out what constitutes the legal but still harmful material firms must address, and Parliament will approve it. And if people feel their posts have been taken down without good reason they will be able to appeal.

Trusted news sites such as MailOnline will be exempt from the Bill’s provisions, including its reader comment sections which inspire such lively debate. 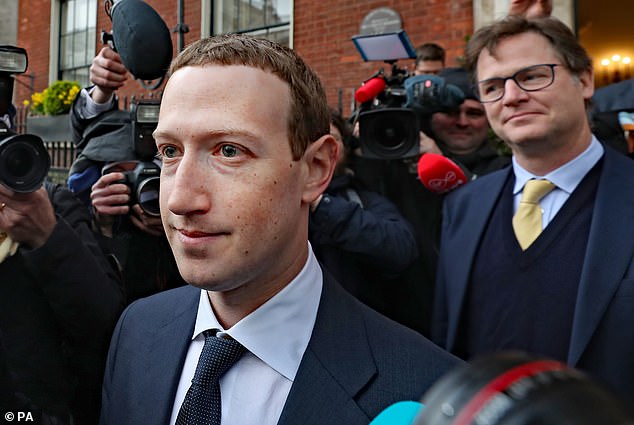 At the moment, woke moderators in Silicon Valley under Mark Zuckerberg can arbitrarily censor feeds and dictate the terms of political debate and journalism

Ofcom will hold tech giants to account with tough powers to issue multi-billion-pound fines and block them in the UK. The watchdog will be able to raid firms’ offices to access data and interview employees – as well as lift the lid on algorithms pushing harmful content.

Today we are giving it even more tools. Ofcom will be able to prosecute rogue tech bosses who fail to cooperate – which could see them face jail sentences of up to two years.

Change is coming online and for the better. My message to the industry is: Act now to protect children and our fellow citizens. If they don’t, this law will force them to do so.

There were deep concerns that in rightly forcing tech giants to remove harmful content from their platforms on pain of huge fines, these companies’ algorithms may also take down legitimate stories on issues such as terrorism and child abuse.

Miss Dorries now pledges three key changes. There will be notification before any material is taken down. There will be a right of appeal. And the material concerned will not be removed until the appeal is completed.

Questions remain to be answered, not least about the appeal process itself. But as long as these changes are written into the Bill, they will go a long way towards limiting the threat to free expression. 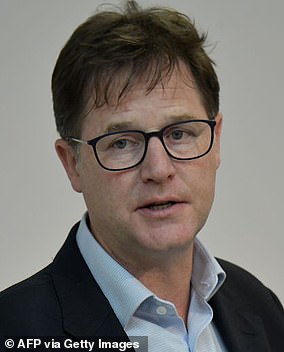 Sir Nick Clegg received £9.4million worth of shares from Facebook’s parent company after his promotion at the firm.

The former deputy prime minister, 55, received the stock package after he became head of global affairs at Meta last month.

The figure is almost as much as Sir Nick received in shares during his first three years at the firm combined, according to Bloomberg.

He is the third most senior figure at Meta behind founder and chief executive Mark Zuckerberg and chief operating officer Sheryl Sandberg.

He is in charge of managing the firm’s public image. Sir Nick joined the company in 2018 after losing his parliamentary seat in the 2017 general election.

NBA: Kyrie Irving’s dart to the mayor of New York and the Republican offer to play for the Rockets: “It’s stupid”

Betta Fish – Learn How to Give Your Betta a Great Life! Reviews 2022

Betta Fish - Learn How to Give Your Betta a Great Life! Reviews 2022