Nasal spray made from CHILLIES could be the answer to a persistent blocked nose, research suggests


A nasal spray made from chillies could help millions of Britons with a persistent blocked nose.

The spray is designed for people whose nasal stuffiness is not caused by allergies such as hay fever, but rather by non-allergic rhinitis, a condition that affects up to six million people in the UK.

It occurs as a result of swollen blood vessels and a build-up of fluid in the tissues of the nose — often triggered by a cold, a change in air temperature or irritation from pollutants such as cigarette smoke. 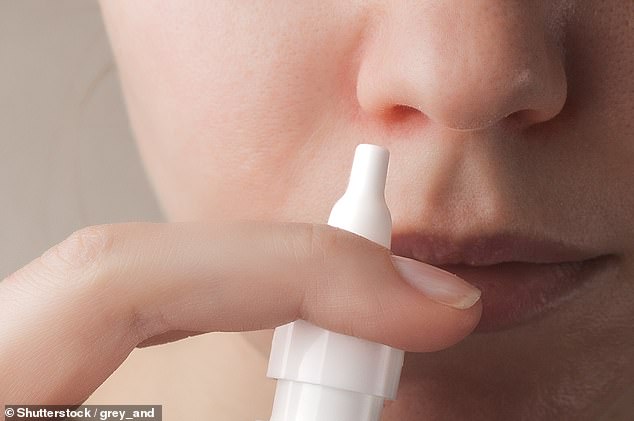 The spray is designed for people whose nasal stuffiness is not caused by allergies such as hay fever, but rather by non-allergic rhinitis [File photo]

New research shows the nose spray, made with capsaicin (the compound that causes chillies to be spicy), can eradicate symptoms in around 40 per cent of patients after just 12 weeks of use.

30 months after the massive home office, what have we learned and what are the challenges?

Non-allergic rhinitis is common, and as well as a blocked nose, it can result in constant sneezing and a reduced sense of smell.

Diagnosis can be complex, as it often means ruling out an allergy. This can involve skin prick tests to see if the body reacts to certain foods and other triggers such as pet dander or house dust mites.

Current treatments of non-allergic rhinitis include regular nasal rinses using a homemade salt-water solution or a pre-prepared sachet from a pharmacy. This washes away excess mucus that’s accumulating due to the blockage. 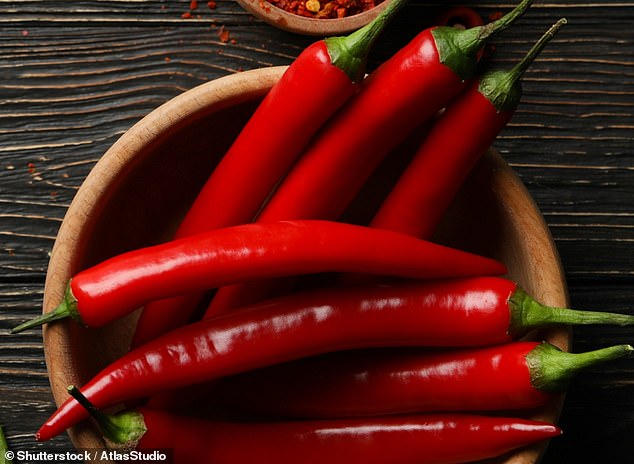 New research shows the nose spray, made with capsaicin (the compound that causes chillies to be spicy), can eradicate symptoms in around 40 per cent of patients after just 12 weeks of use

Capsaicin-based nose sprays have been used, under the supervision of a doctor, for non-allergic rhinitis in some countries for several years, but are not currently licensed for use in the UK.

They are thought to work by reducing levels of a protein called transient receptor potential vanilloid, known to play a part in nasal inflammation.

Last month, research published in the journal International Forum of Allergy & Rhinology by the University of Texas, showed regular use of a chilli nasal spray improved the symptoms of patients with a long history of non-allergic rhinitis.

Half of the 22 patients involved in the study were given a chilli spray to squirt up each nostril five times, with a one-hour interval between treatments. The rest were given a dummy spray that was mainly water. This was repeated again four weeks later, and eight weeks after that.

Using a scoring system, where 25 points represented the worst symptoms and zero no symptoms at all, researchers found the chilli spray group saw a five-point drop in average scores after four weeks. Average scores in the placebo group went up by two points.

After 12 weeks, 40 per cent of the chilli spray group had experienced such a reduction in symptoms that they were no longer classed as having non-allergic rhinitis — more than double the percentage in the placebo group.

Professor Tony Narula, a retired ear, nose and throat (ENT) specialist and former president of ENT UK, says: ‘There is some evidence that capsaicin can reduce the symptoms of non-allergic rhinitis, so it’s worth further investigation.’

Adding more chillies to your diet could reduce the risk of high blood pressure, according to a study by Kobe Women’s University in Japan.

Rats fed chillies for six weeks had significantly lower readings than those not given them, reports the journal Clinical and Experimental Hypertension. 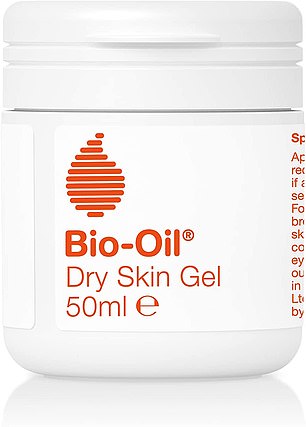 Bio-Oil Dry Skin Gel is an oil-based moisturiser that won’t evaporate on the skin, unlike water-based products.

It’s designed to help the skin retain moisture and ease symptoms such as flaking and itchiness.

Watch these adventurous cats travel around the world with their humans

30 months after the massive home office, what have we learned and what are the challenges?

It's been 30 months since remote work It was implemented in an accelerated manner in Mexico and the world to allow social isolation and prevent the spread of...

How to promote female leadership in companies?

Female leadership in companies has advanced, more and more women are in senior management making a difference in organizations; however, there is a disparity by region, especially in...

Watch these adventurous cats travel around the world with their humans