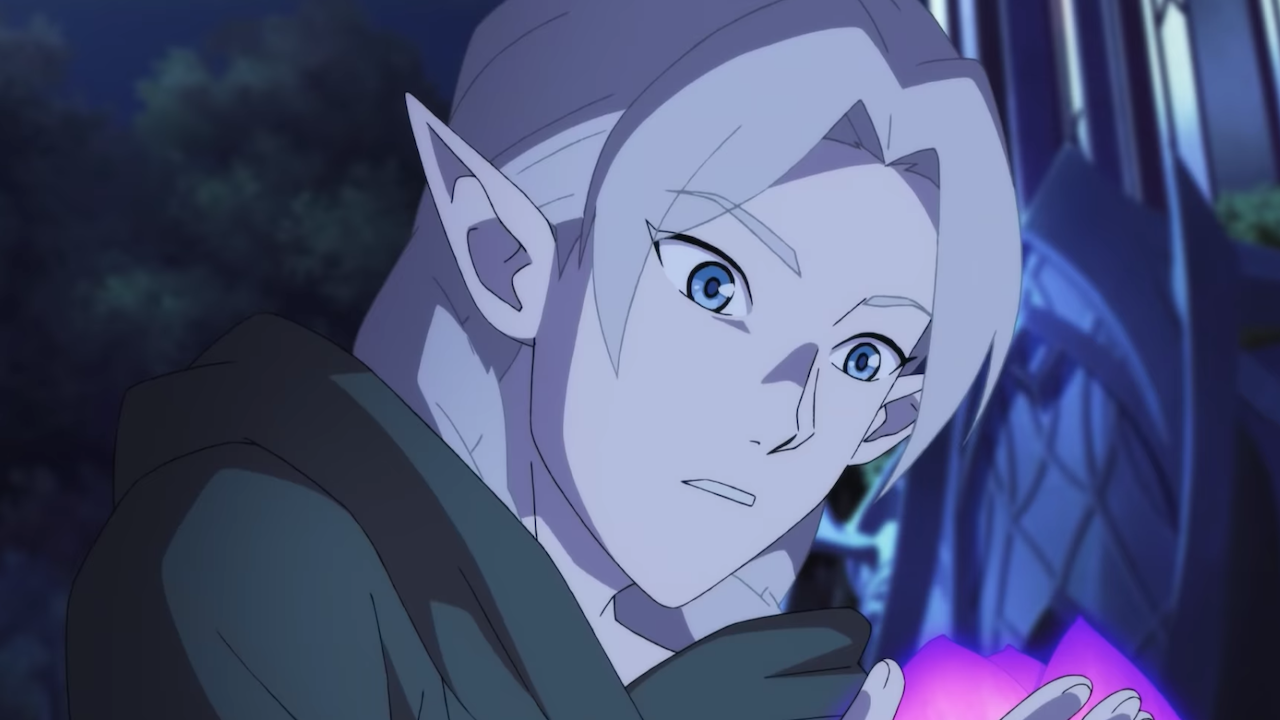 Internet sleuths have uncovered a secret video for the DOTA: Dragon’s Blood anime series, scheduled to premiere on Netflix at the end of March.

PCGamesN mapped out the discovery, which started with Twitter user @GrandmaRuby_ finding parts of a QR code hidden in the corners of four different Netflix posters for the upcoming series. When pieced together to form one large poster, the full QR code revealed itself. The code was linked to an unlisted Netflix Anime teaser for DOTA: Dragon’s Blood. @wykrhm shared the clip, which you can watch below:

All you have to do is … #DragonsBlood #Dota2 #Netflix pic.twitter.com/gzjLw6MT20

The 15-second video unleashes Terrorblade, the Demon trapped in Foulfell, with an ominous voiceover claiming “all you have to do is let me in” before the screen shatters like a mirror and reveals Terrorblade’s official character poster. This brief teaser comes shortly after the official story trailer dropped for the first season of DOTA: Dragon’s Blood, coming to Netflix on March 25, 2021.

The upcoming animated series will tell the story of Davion, a renowned Dragon Knight devoted to wiping the scourge from the face of the world. Following encounters with a powerful, ancient eldwurm as well as the noble Princess Mirana on a secret mission of her own, Davion will find himself embroiled in events much larger than he could have ever imagined.

The 8-episode anime series is based in the fantasy world of the hugely successful DOTA video-game franchise by Valve. The animation is being handled by Studio MIR, the South Korean company responsible for The Legend of Korra, Voltron: Legendary Defender, Kipo and the Age of Wonderbeasts, and Mortal Kombat Legends: Scorpion’s Revenge.

IGN previously credited DOTA 2 for being one of the most addictive online games, as well as one of the top 25 modern PC games of all time.

Adele Ankers is a Freelance Entertainment Journalist. You can reach her on Twitter.