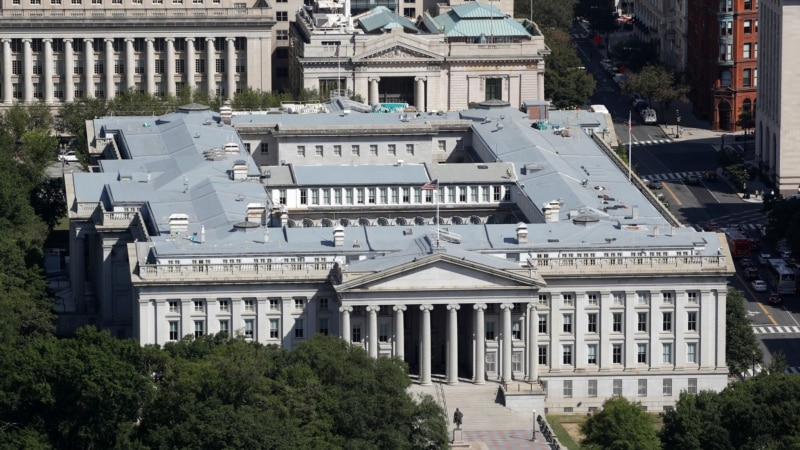 The United States on Tuesday imposed sanctions on more than 100 entities and banned further imports of Russian gold, in line with commitments made by Group of Seven leaders this week to further punish Russia for its invasion of Ukraine.

The US Treasury Department said it has imposed sanctions on 70 entities, many of which it said are critical to Russia’s defense industrial base, as well as 29 individuals, in an effort to hamper its ability to develop and deploy weapons. and technology.

The measure freezes the US assets of the designated individuals and generally prohibits Americans from dealing with them.

Washington’s action is the latest in a series of sanctions aimed at Moscow. since his invasion of Ukraine on February 24.

New sanctions were imposed on Rostec, the Russian state defense and aerospace conglomerate. The Treasury said that Rostec’s “management umbrella includes more than 800 entities in a wide range of sectors” and that all those owned 50% or more, directly or indirectly, by Rostec were blocked.

United Aircraft Corporation (UAC) was sanctioned to “weaken Russia’s ability to continue its airborne assault on Ukraine,” the Treasury said. UAC makes Russian MiG and Sukhoi fighters – planes also flown by US allies, including some NATO members – and is majority owned by Rostec.

Tupolev, a maker of Russian strategic bombers and transport planes, was also included.

Irkut Corp, a UAC-affiliated aircraft manufacturer that builds many of the Sukhoi Su-30 fighters used by Russia in Ukraine, was incorporated, as were several of its subsidiaries and other companies in the Russian aerospace sector.

The Treasury also listed some 20 entities that develop, produce and service military electronic equipment under the Rostec-owned electronics company Ruselectronics.

The United States has imposed sanctions on Russia’s largest truck maker, Kamaz KMAZ.MM, alleging that its vehicles have been seen transporting Russian missiles and soldiers throughout the Ukraine conflict.

US imports of gold of Russian origin have been banned, with the exception of that located outside of Russia before Tuesday. Russia produces about 10% of the gold mined in the world each year and is the country’s largest non-energy export.

Gold is a crucial asset for the Russian central bank, which has faced restrictions on access to some of its assets abroad due to Western sanctions.