Ander Herrera may be an artist in the centre of midfield, but the Spanish star has proven this week that his talents certainly don’t stretch as far as golf.

Herrera and his Paris Saint Germain team-mates headed out together on Thursday to take their mind off recent Champions League woes and hit a few golf balls.

Footage of the action was captured by club talisman Neymar, who took particular delight in seeing Herrera line up and shot while looking highly uncomfortable with a club in his hand. 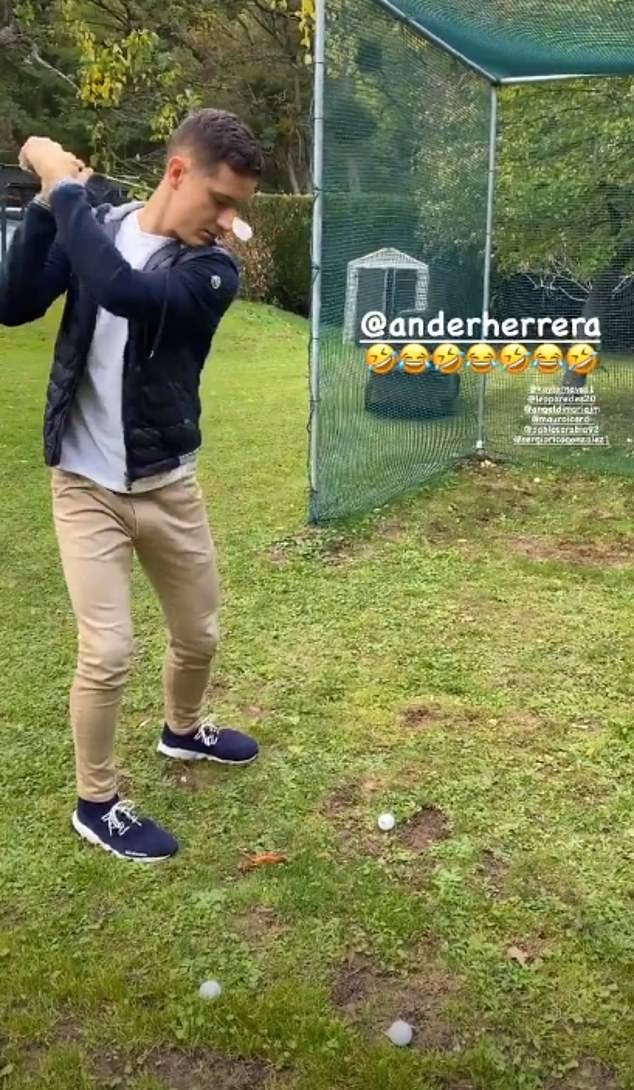 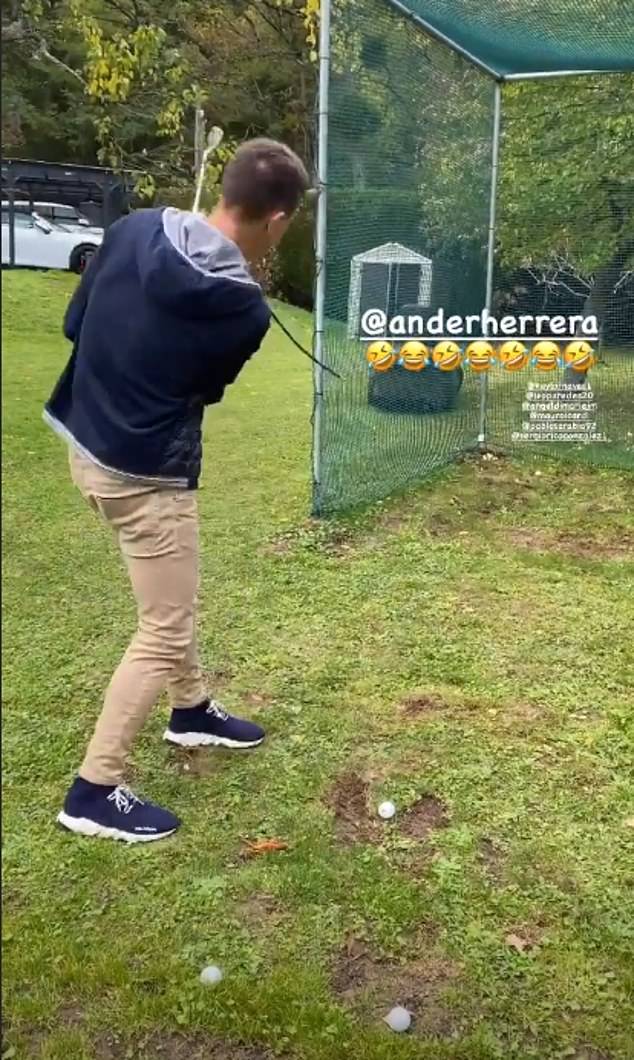 The midfielder chopped down hard and dug up the turf, completely missing the golf ball

Uploading the footage to social media, Neymar could be heard chuckling before breaking out into hysterics as Herrera completely flunked the shot and took a huge section of turf out of the ground, while completely missing the ball.

Herrera’s face looked a picture of uncertainty as he prepared to hit the ball, while team-mates watching on seemingly waiting for his failure.

The PSG stars have been busy taking their minds off football this week, after losing their opening Champions League match to Ole Gunnar Solskjaer’s Manchester United. 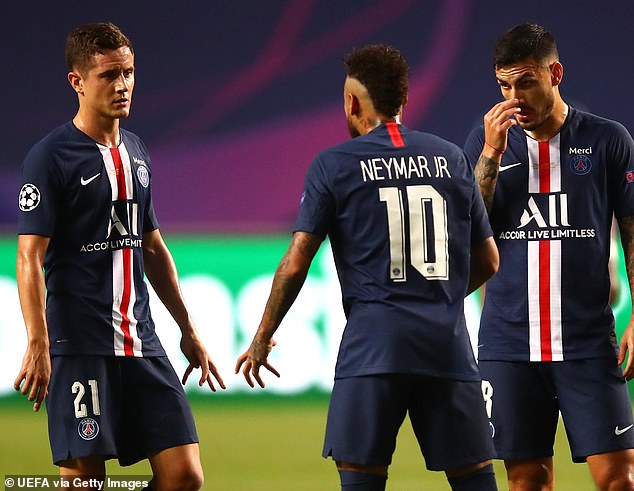 Herrera, Neymar and Co. are now looking to kick-start their season after starting slowly

The Red Devils triumphed once again in the French capital, winning the game courtesy of goals from Bruno Fernandes and Marcus Rashford.

Thomas Tuchel’s side are second in the division as a result, two points behind Lille and level with Rennes.

For the first ever, Time magazine removes logo on cover, replaces it with a plea to 'Vote'

For the first ever, Time magazine removes logo on cover, replaces it with a plea to 'Vote'